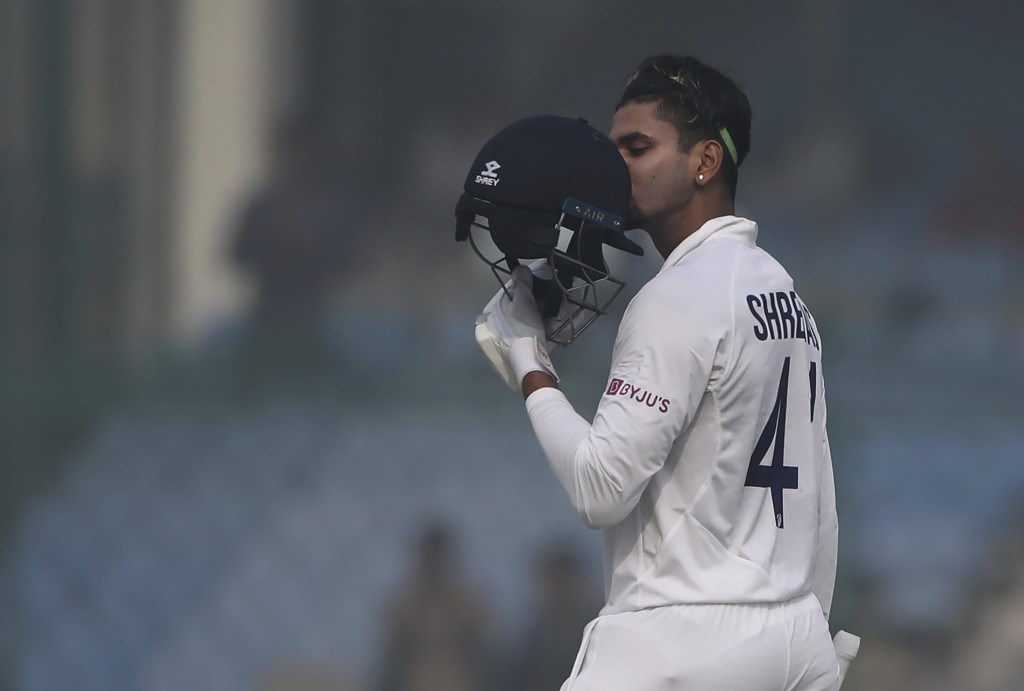 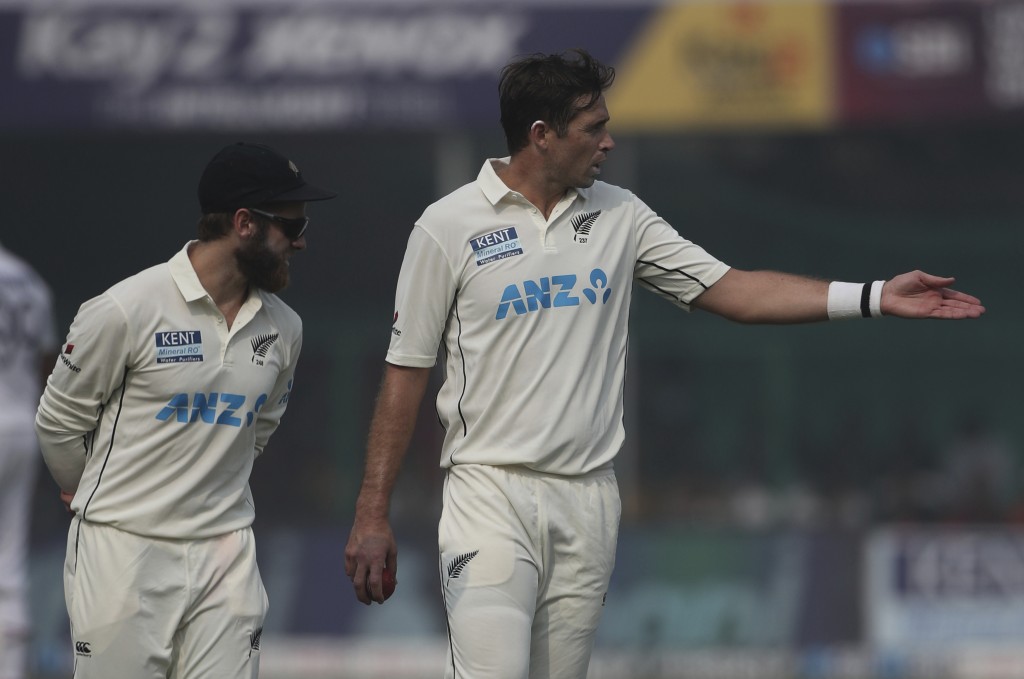 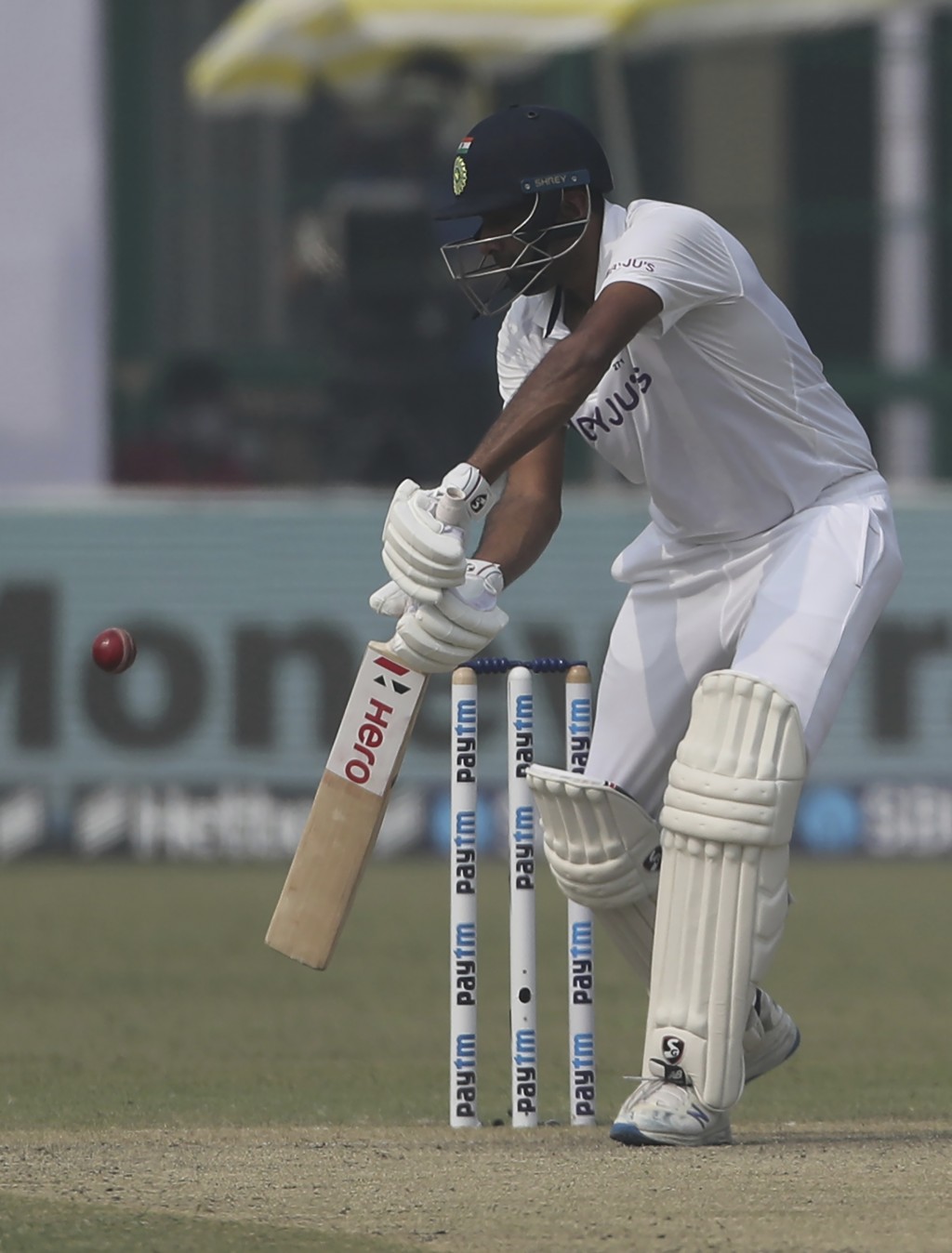 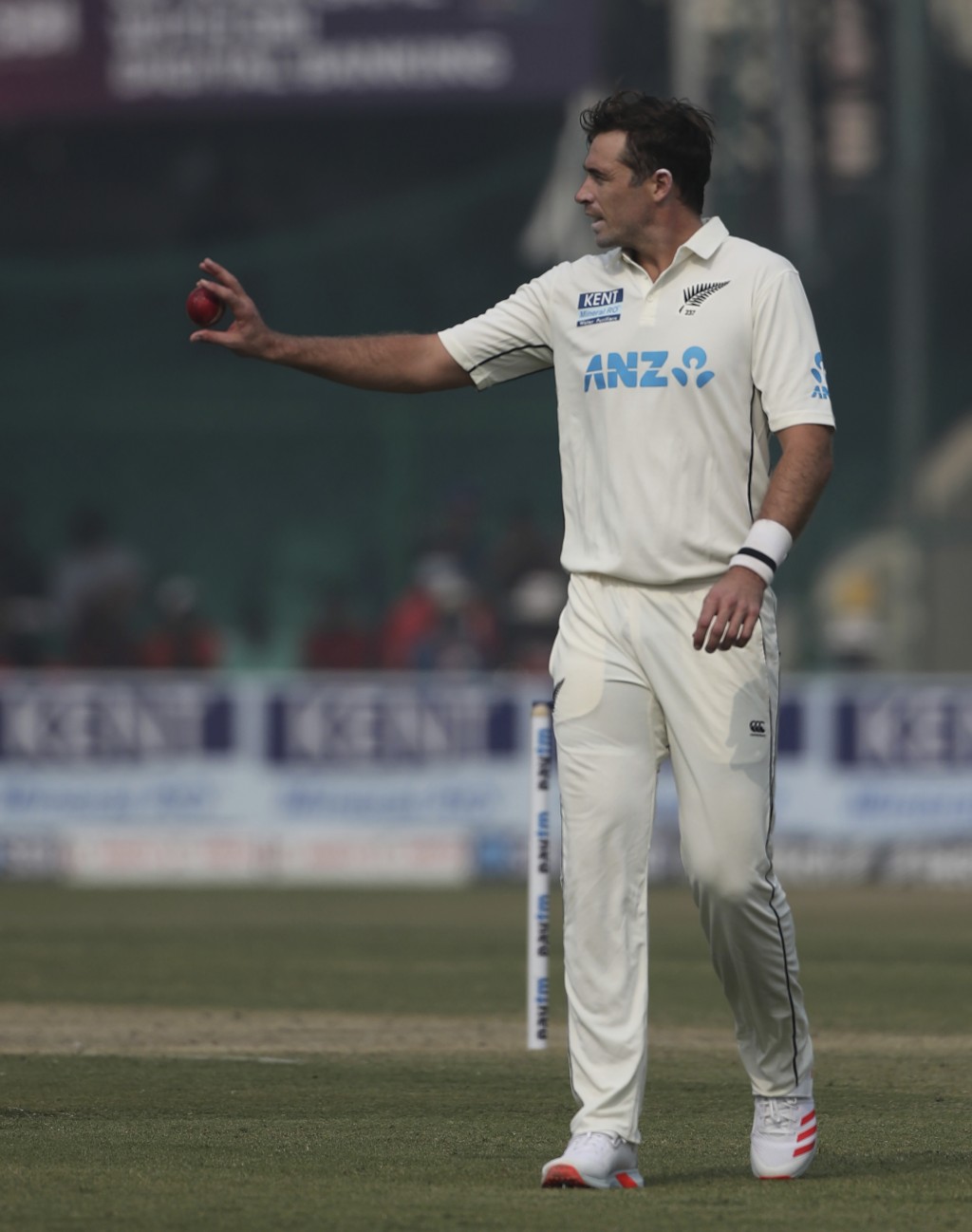 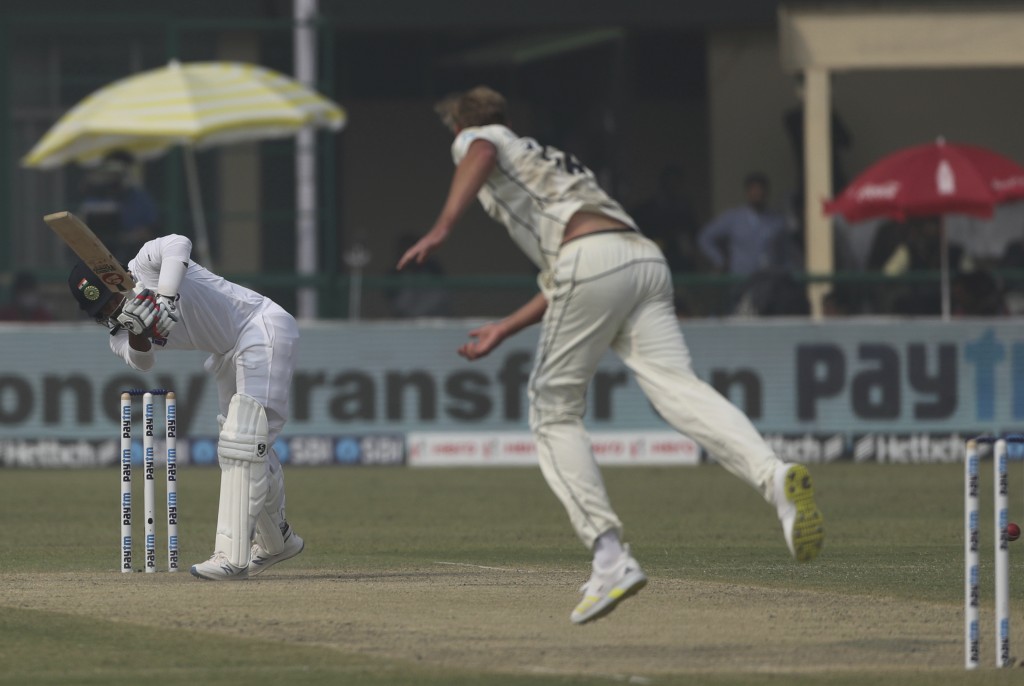 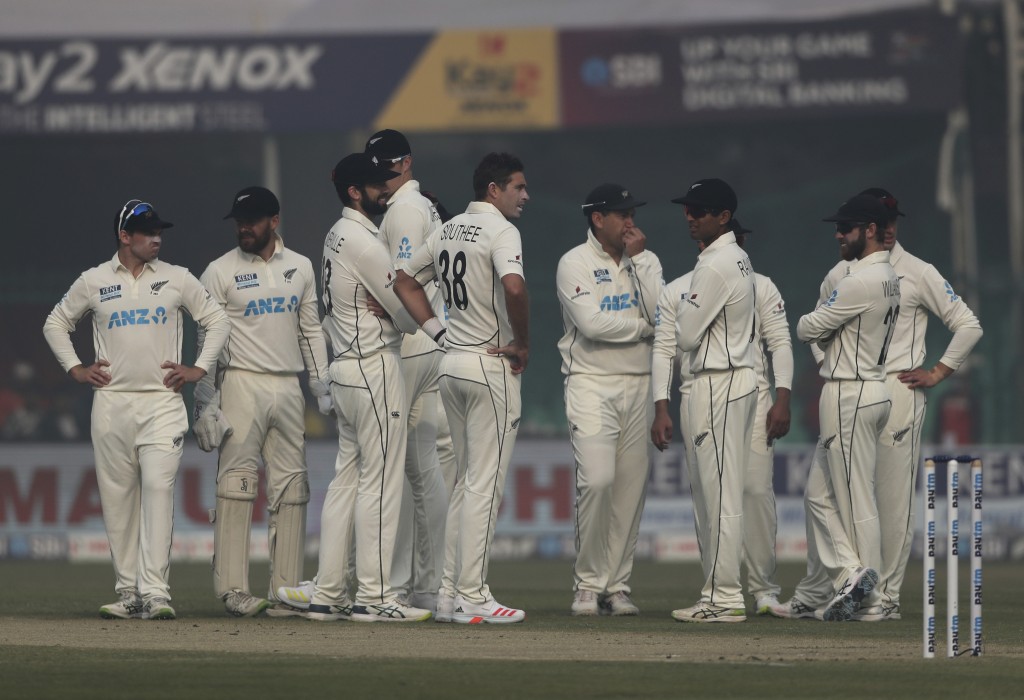 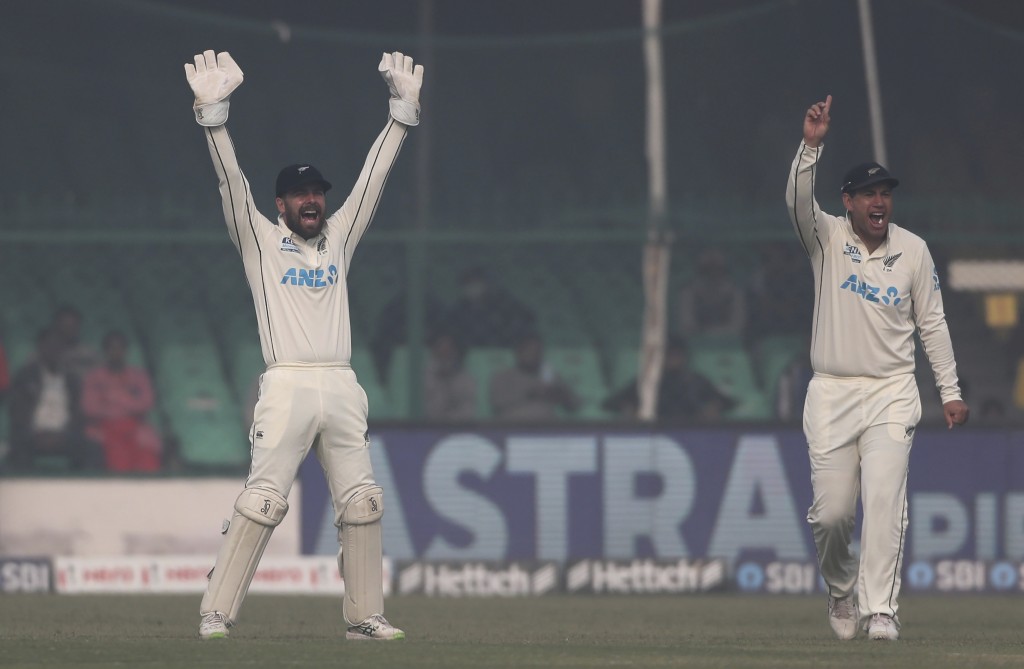 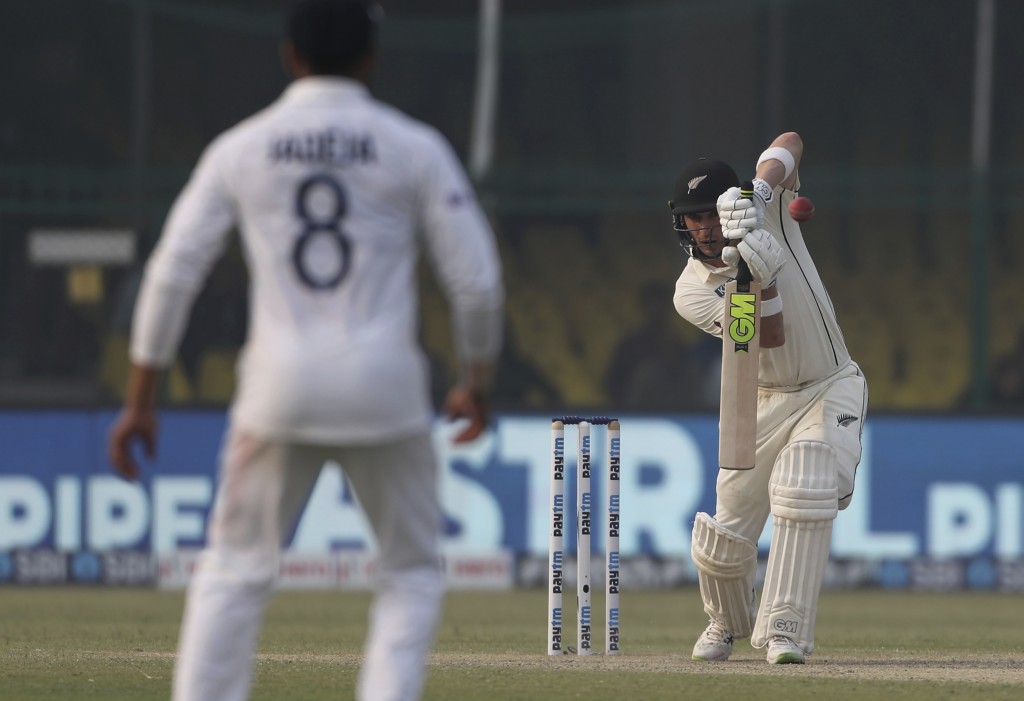 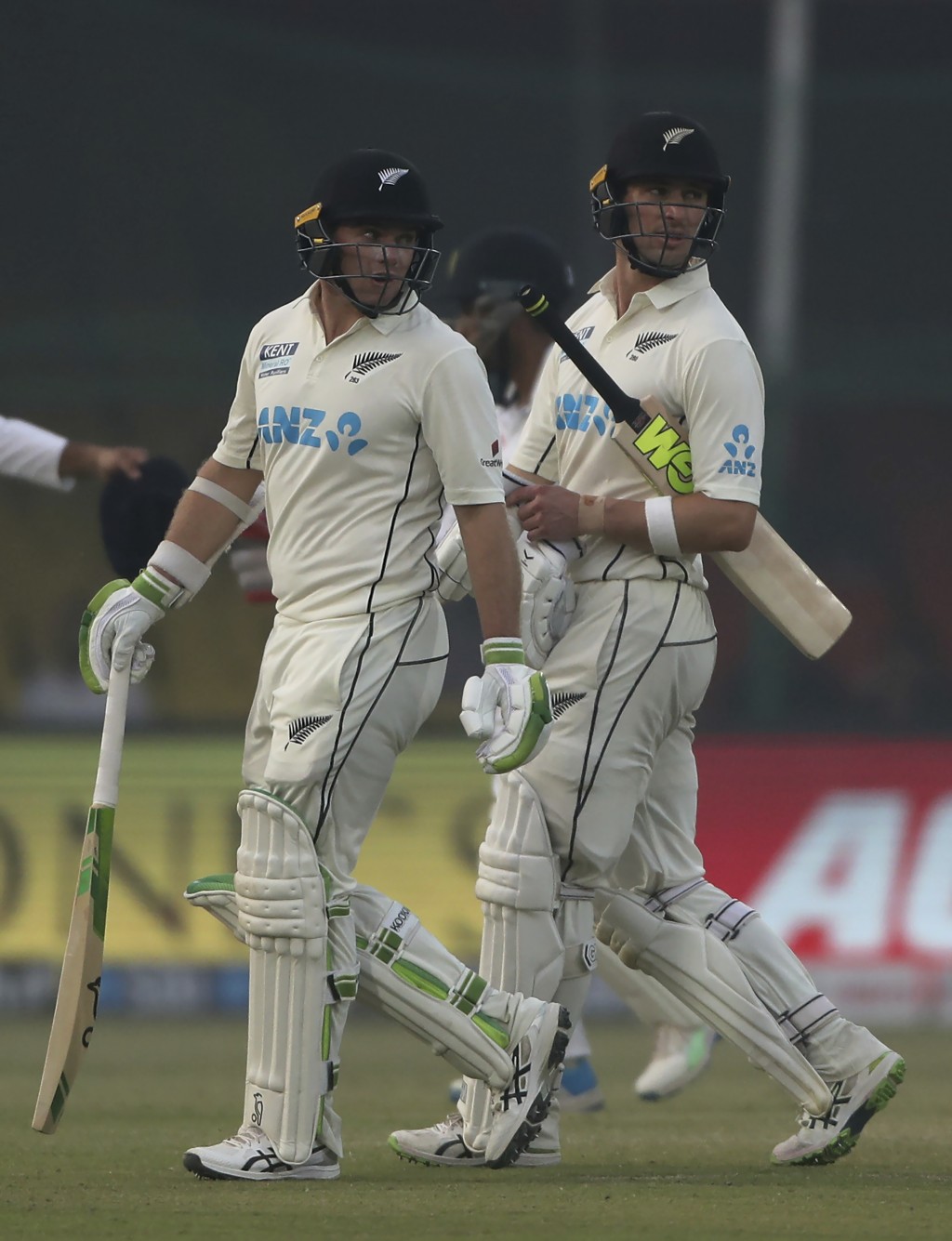 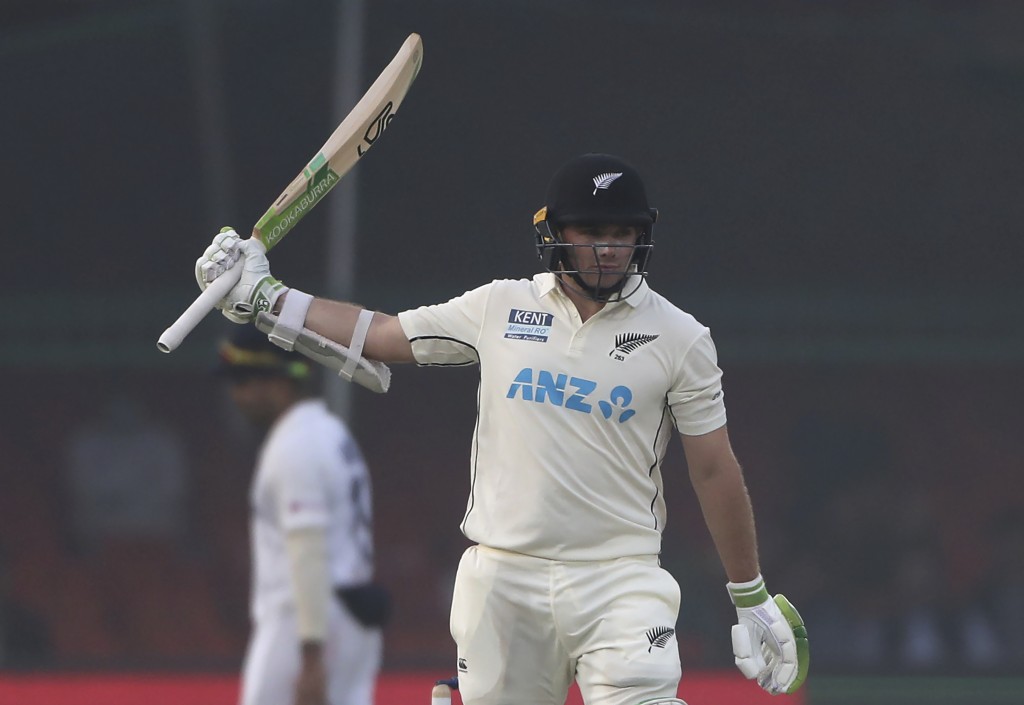 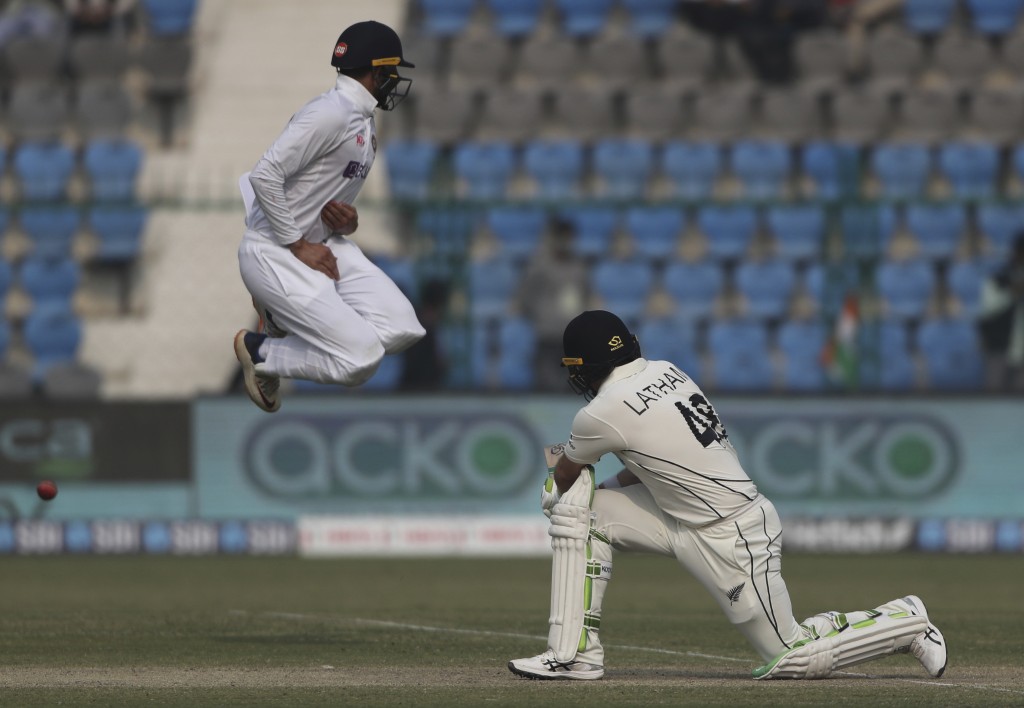 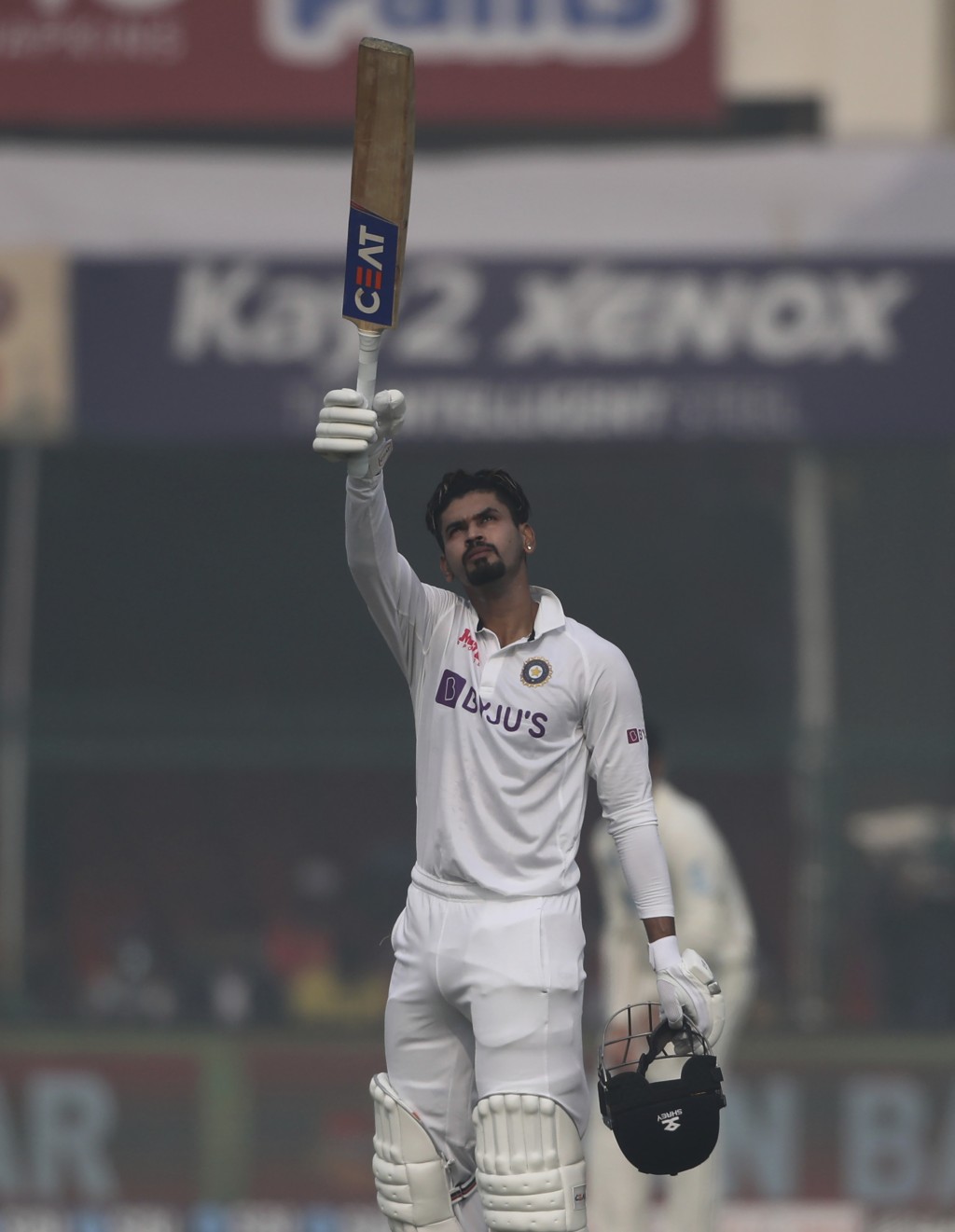 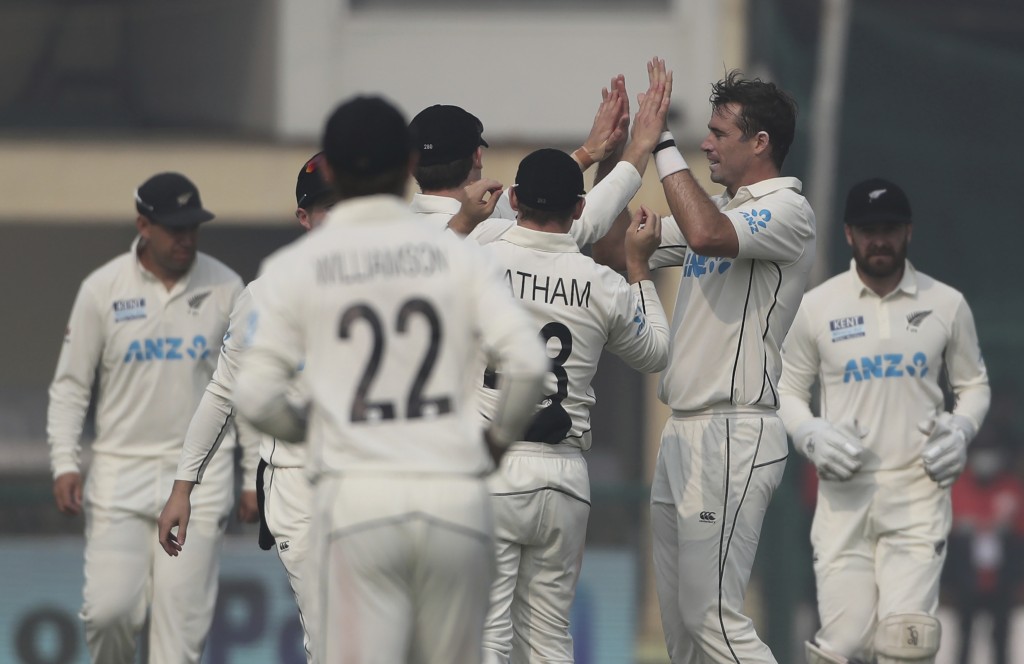 KANPUR, India (AP) — Tom Latham and Will Young defied India to lead New Zealand to 129 without loss in reply to the home side's 345 on day two Friday of the first cricket test.

After Tim Southee bowled the Black Caps back into contention with a five-for, Latham and Young produced the first century opening partnership by a visiting team on Indian soil in five years.

At stumps, Latham was 50 not out and Young 75 not out. Play ended due to bad light with three overs remaining.

They trail by 216 runs after bowling out India for 345 three overs after lunch.

Shreyas Iyer, on 75 overnight, achieved a century on debut and was out for a team-best 105. Iyer became the 16th India batsman to score a hundred on test debut. He faced 171 balls, hit 13 fours and two sixes.

“I was happy the way everything went on day one. (But) I couldn't get any sleep last night,” Iyer said. "I had to still focus again today. I was up early at 5 a.m., but when you make a century, it is a wonderful feeling. (After presenting his cap), Sunil Gavaskar motivated me and told me to enjoy the moment.”

Starting from an overnight 258-4, India lost Ravindra Jadeja on 50 in the third over of the day. He added 121 runs for the fifth wicket with Iyer.

India ended up losing 6-87 on Friday.

Southee took 5-69 and fellow fast bowler Kyle Jamieson 3-91. Spinner Ajaz Patel made short work of the tail to finish with 2-90 from a team-high 29.1 overs.

Thereafter, New Zealand didn't give a single whiff to the India bowlers.

Latham and Young added 72 runs before tea and completely stumped the India attack with their defiance.

After tea, they continued to grind against the spinners, who were at fault for bowling too flat.

Latham was forced to use reviews and overturned three dismissal decisions against him on 0, 10, and 50.

He went on to score his 21st test half-century off 157 balls, including four fours.

Young played more attacking cricket as he finished the day with 12 boundaries. His second half-century came off 88 deliveries.

Theirs is the highest opening stand by New Zealand in India in 17 years.

“New Zealand got off to a good start but it's important for us to not leak runs because the cracks are opening up (on the pitch) and it should get trickier tomorrow,” Iyer said.