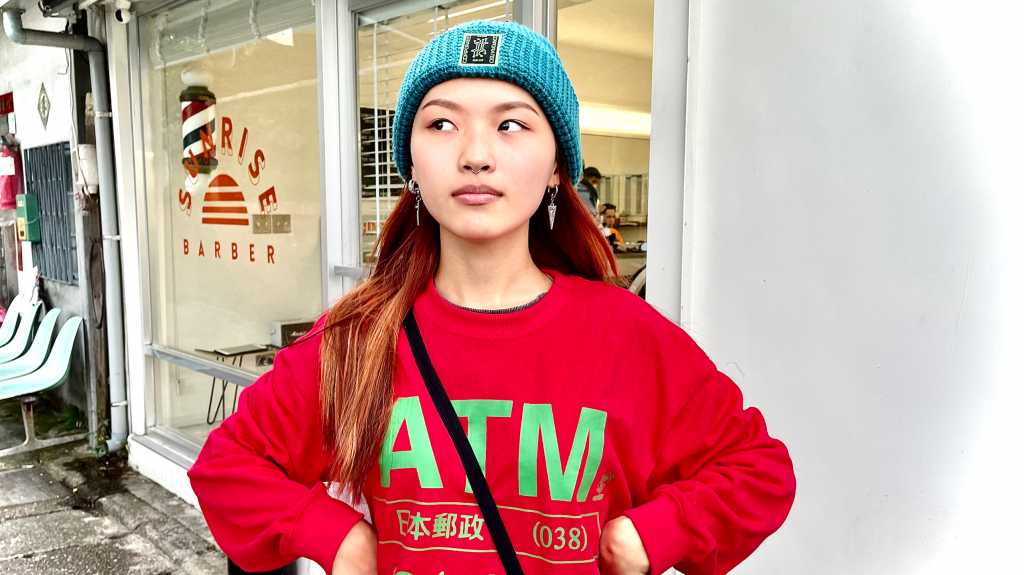 TAIPEI (Taiwan News) — There are millions of Lucys but only one LÜCY, a promising new singer-songwriting talent who was recently nominated at Taiwan’s Golden Indie Music Awards (GIMA).

The 21-year-old popped out of nowhere and the depths of gritty New Taipei City after uploading self-made songs to her Instagram story. She was following the DJ, singer, and producer Showmain, who liked what he heard.

Sitting in a Taipei coffee shop, sipping at a latte, LÜCY says this was before she added “two friendly eyes,” or an umlaut, above the u in her name: “I was following him on Insta and he heard my songs, so he said, ‘Why not collaborate on some demos.’ He sent me them and I did the melody and lyrics.”

The pair of EDM-inflected tracks they produced announced the arrival of a fresh voice on the local music scene. “Alive” is the stronger tune, partly because it opens with her singing, “When I open my eyes, I like you to stay by my side, and I feel so alive, there’s no turning back.”

It’s a classic pop sentiment but the way she expresses it has a pure, fresh, aching quality that makes you want to keep on listening. The songs also work, in part, because she has the bravura to sing in English, a key selling point if a Taiwanese pop star is ever going to shine on the wider world stage.

You could say it was a lucky break getting noticed by Showmain, but as the saying goes, “Success is 10 percent inspiration and 90 percent perspiration” (Thomas Edison). Behind the scenes, LÜCY has put in the hours.

Before she ever uploaded a song to IG she studied piano from the age of about eight, mostly classical music and Chopin in particular. LÜCY says it was her mom who encouraged her because she thought piano teachers made a lot of money. After about seven years, however, LÜCY was ready to rebel. 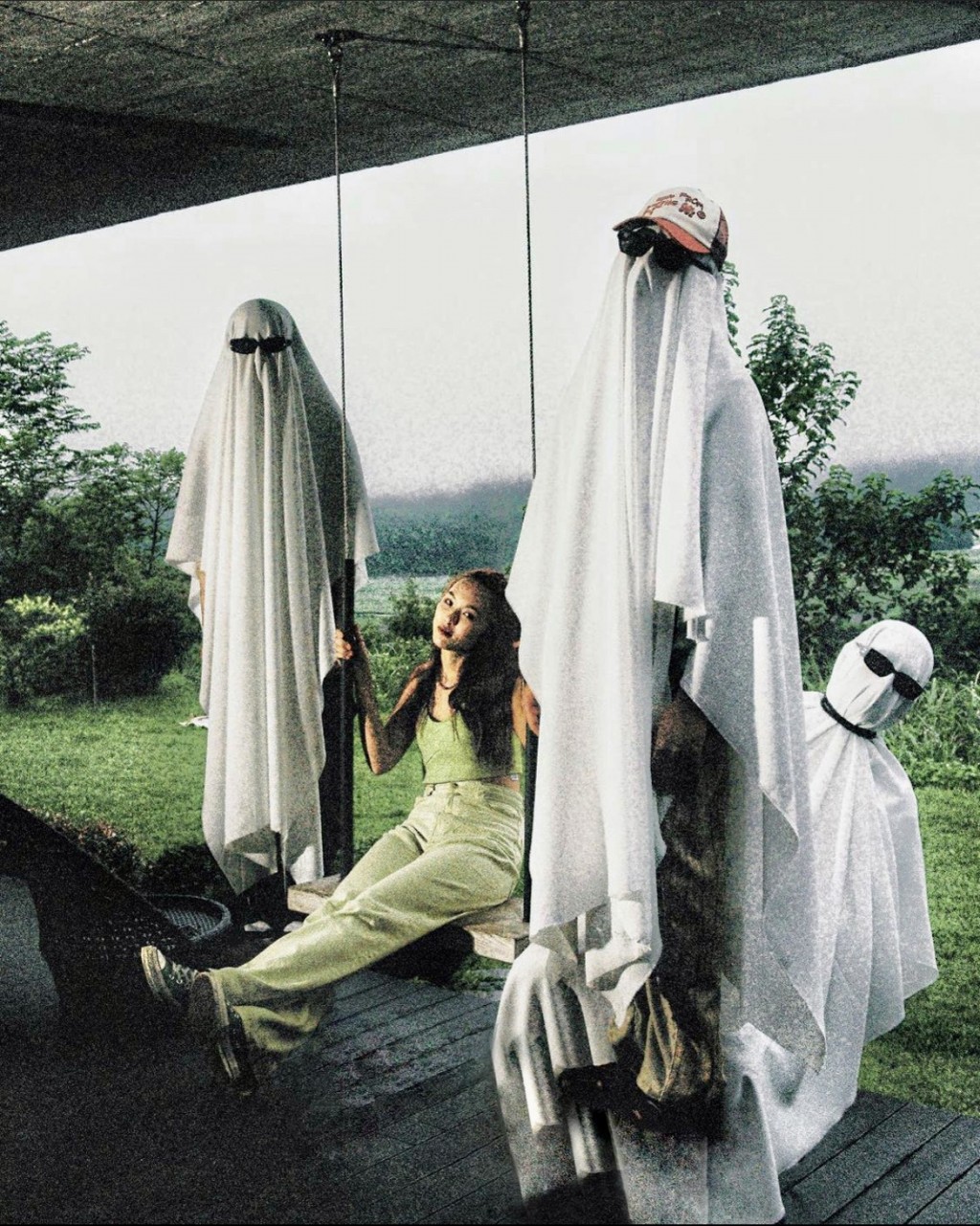 “I wanted to play what I liked, and I didn’t think passing piano examinations was what I needed,” she says. Over the strong objections of her parents, LÜCY gave up lessons but doubled down on music.

“Even after I quit classes I practiced every day on my own” — on a piano that was somehow wedged into her tiny room. She also listened, mainly to foreign groups like Coldplay, Dido, and Radiohead. Her ambition at the time was to be a DJ.

More recently, LÜCY says she’s been inspired by beabadoobee, featuring the Filipino-British singer-songwriter Beatrice Laus. They are the same age and have a similar, seemingly carefree approach to life, music, and fashion.

LÜCY also took up the guitar, helped by a classmate at school. “She showed me where the C chord was and I found out the rest on the internet.”

A student on the well-regarded performing arts program at Juang Jing Vocational High School in Taipei’s Xindian District, LÜCY started to write her own songs and perform them in her bedroom, and even the bathroom, where the acoustics were better.

When she posted her songs to IG, the producer Showmain said he liked the raw, unpolished feel of them. In the background was the sound of LÜCY’s brother crying and her mom shouting.

Here, I should mention that I have known the family fairly well for 15 years or more. There have always been musicians passing in and out of the family home, and LÜCY’s New Zealander stepfather would often take the family to concerts or festivals. 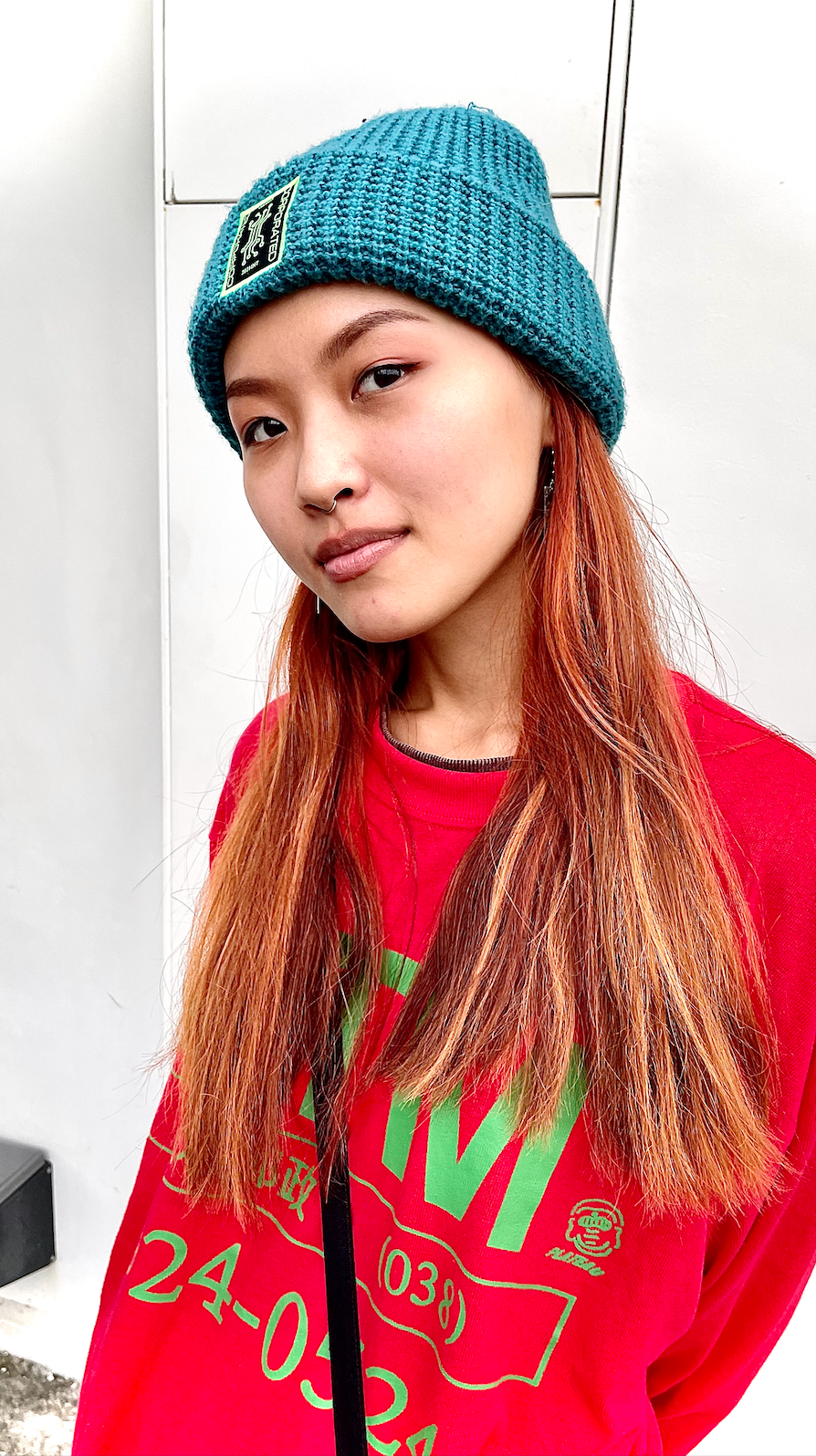 Her mother, Emily Chu, is part Saisyat and Atayal, and the singing and drinking sessions in the kitchen over the years have been legendary. It was quite often party central, so now that LÜCY has moved to Taipei’s East District, she says she also appreciates the relative peace and quiet of having her own space.

LÜCY’s next showbiz break came in a rather serendipitous fashion, after she won a national songwriting competition. The prize was NT$15,000, which went toward buying her own guitar. The event organizers also wanted to sign her up as a songwriter for their hit factory, “But I didn’t understand the contract because I had never seen one before,” she recalls.

“I went to my high school teacher and he said, ‘Why don't you ask my friend?’” who turned out to be the interestingly named Deja Fu, aka Hai Da Fu (海大富). Another super-producer, he has worked with stars like Rainie Yang (楊丞琳) and the rapper J.Sheon.

LÜCY said no to the hit factory and since then has delivered five folk-inspired songs, including Cactüs, her first hit. Though written in English, the lyrics are mostly in Mandarin for the local market, and the YouTube video has a multiethnic hippy vibe. Her second hit, “Heaven.zip,” has an earworm of a guitar hook and was nominated for an award in the Best Folk Song section at GIMA.

Her stepfather and my friend, Sean Kaiteri, had told me some time ago the major record label Sony Music offered LÜCY an advance to produce her first album. I suggest to LÜCY, there would have been strings attached, and perhaps it was a step too soon?

“Hai Da Fu is like my big brother, and he recommended that I make my music first and then choose my level. This means I can be who I want to be, and I don’t have to do things I don’t want to do. I am what I am and I wanna be natural.” 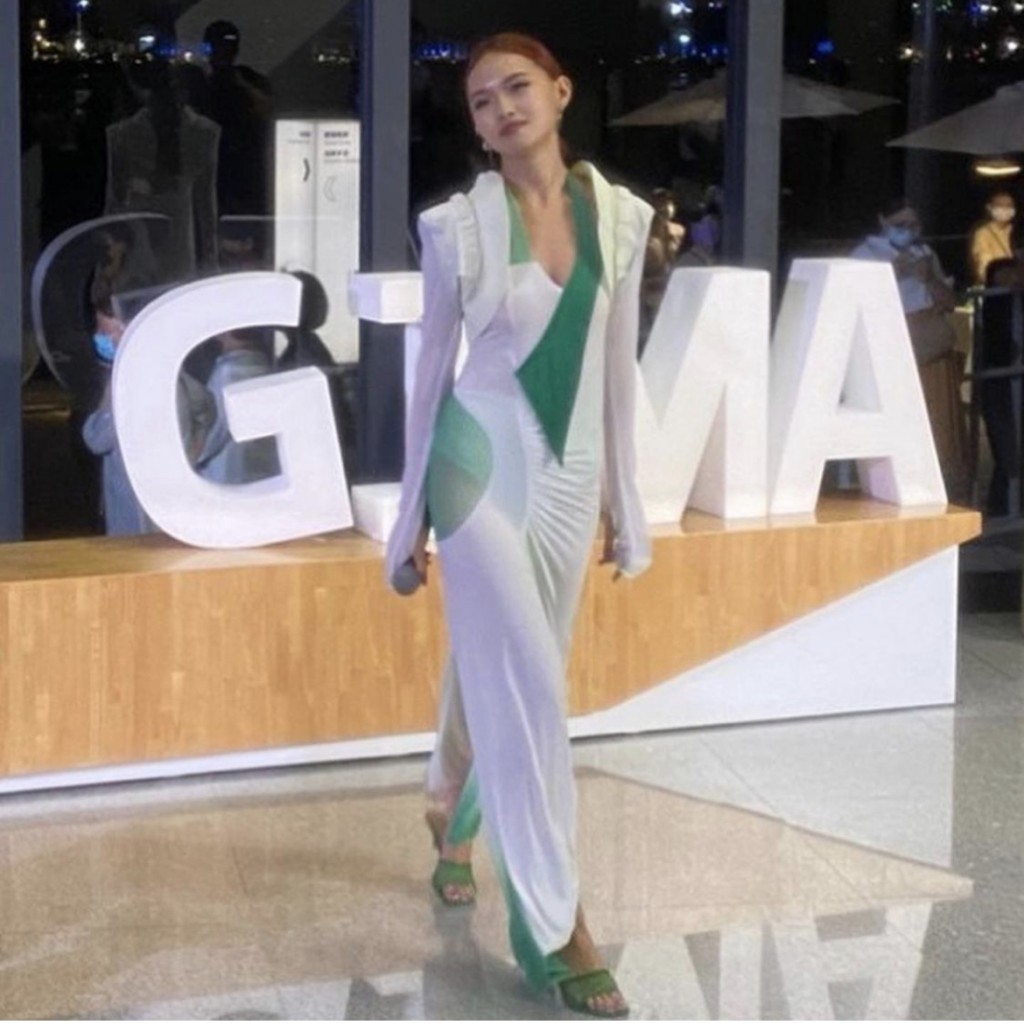 The upshot is that instead of taking the money, LÜCY decided to work on her craft by producing a first album of up to 12 songs, a mix of the acoustic, folk style that her local fans seem to like, along with some more progressive and electronic music. Though she says she doesn’t want to think too far ahead, the idea seems to be local-glocal-global.

In a nod to her heritage, LÜCY also wants to record Indigenous-flavored music, including some reworked versions of the old classics. A case in point is “Naluwan,” from the Indigenous singer Dakanao, who was nominated twice in the Best Folk categories at GIMA in early November.

“I sat next to him,” LÜCY says excitedly. “I really love his music, it’s different from everything else out there.”

Another artist she met at the GIMAs in Kaohsiung was an old family friend, Thomas Hu of Skaraoke, whose “Skaraoke, Vol. 1: Greatest Hits” was nominated in the Best Album category. Hu describes LÜCY’s appearance at the awards show as “cute, clever, very smart, friendly on camera, photogenic and almost elegant for that age.”

He also likes her “kinda Spring Scream music. It’s got a retro vibe that’s enough to make a 45-year-old man cry with its youthful, half sad, dreamy feel. I would say she was appealing in the Asian region, she’s got the Mandarin and the English, too, so she could do very well.”

As for LÜCY, she made a point of enjoying herself at GIMA and compared it to a “graduation trip. It was so much fun and an opportunity to meet so many cool artists. I didn’t mind not winning at all, it was great to be in the mix.”

I ask if she partied after the awards, and she looks a little askance at me before answering, “Of course! We went nightclubbing at Coco and partied till dawn.”

Looking forward, she has an album to complete and is in the studio most days, with some gigs and festivals lined up to hone her live performances. Catch her if you can at Streetvoice. 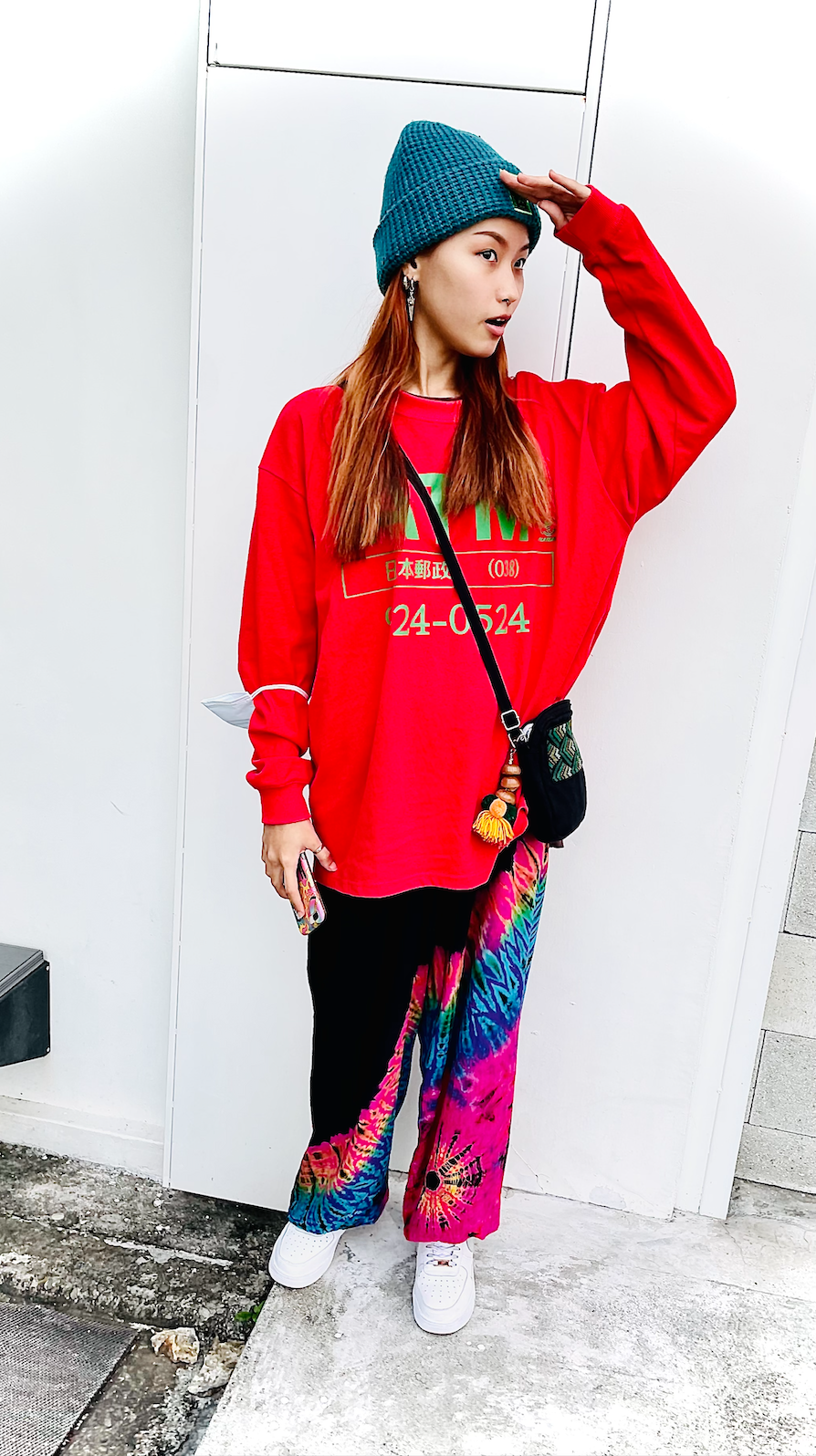