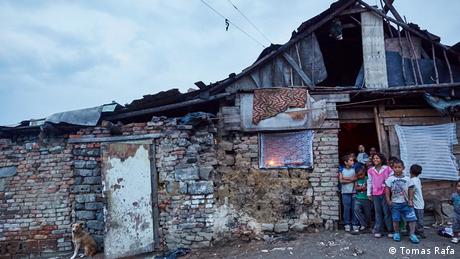 The government of Slovakia has made a formal apology to the thousands of Roma women who were forcibly sterilized over several decades, the Slovakian news agency TASR reported on Wednesday.

The governing coalition condemned the years of mistreatment of the ethnic minority.

The government's official for the Roma community, Andrea Buckova, said in a statement that the practice began in 1966 under communist rule, but also continued to some extent after 1991 despite the country's adoption of protections for the Roma people.

It was only in 2004 that laws were passed to ensure the validity of consent as many women had been unlawfully pressured or convinced to agree to sterilization without fully understanding the consequences.

Although the true number of victims is not known, it is likely many thousands, Buckova said.

The human rights commissioner for the Council of Europe, Dunja Mijatovic, welcomed the "apology to victims of forced sterilisation as a first important step," in a message on Twitter.

"I now look forward to quick progress on an accessible and effective compensation mechanism," she added.

Mijatovic wrote to the Slovakian Prime Minister Eduard Heger in July to call for the creation of a "mechanism to ensure prompt and effective access to reparations for victims of forced or coercive sterilisation."

One-fifth of Slovakia's population belongs to the Roma minority. They have long been excluded from society, generally living in segregated settlements that often lack basics like electricity and running water, heating and gas.

Roma tend to make up some of the most marginalized ethnic groups in Europe.

Their exclusion was highlighted by a visit from Pope Francis to a run-down housing project in the Slovak city of Kosice in September.

The official apology came just a day before the International Day for the Elimination of Violence against Women.

Marginalized women are not only frequently the victims of domestic and sexualized violence, but they are also often targeted for racialized violence.

Measures intended to prevent births within a specific group, as happened in Slovakia, also fall under the UN's definition of genocide.

DPA contributed to the reporting.