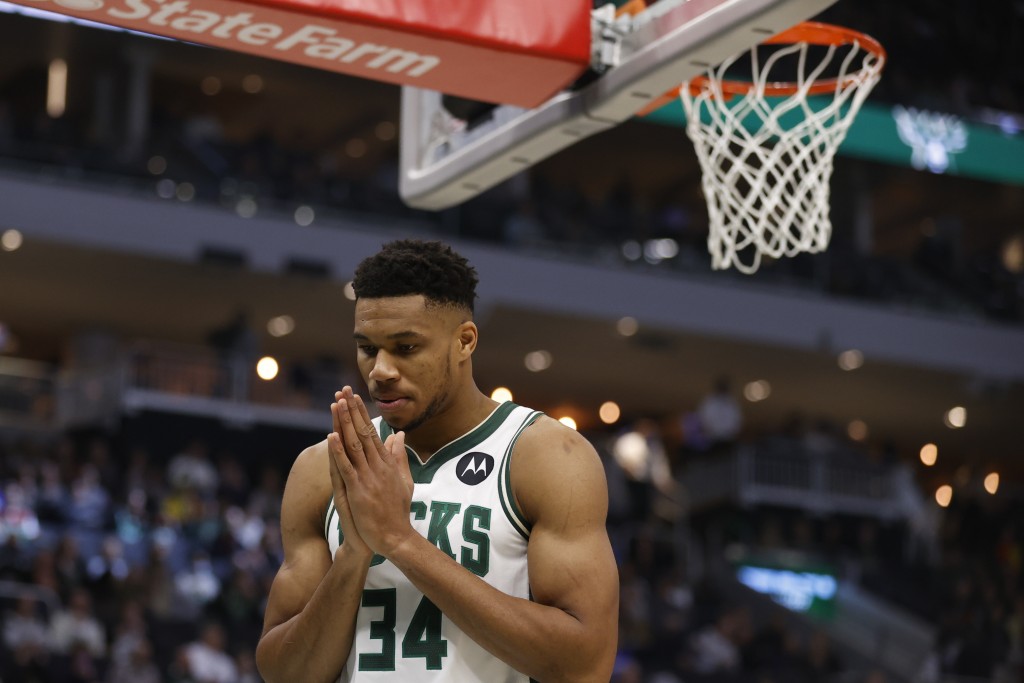 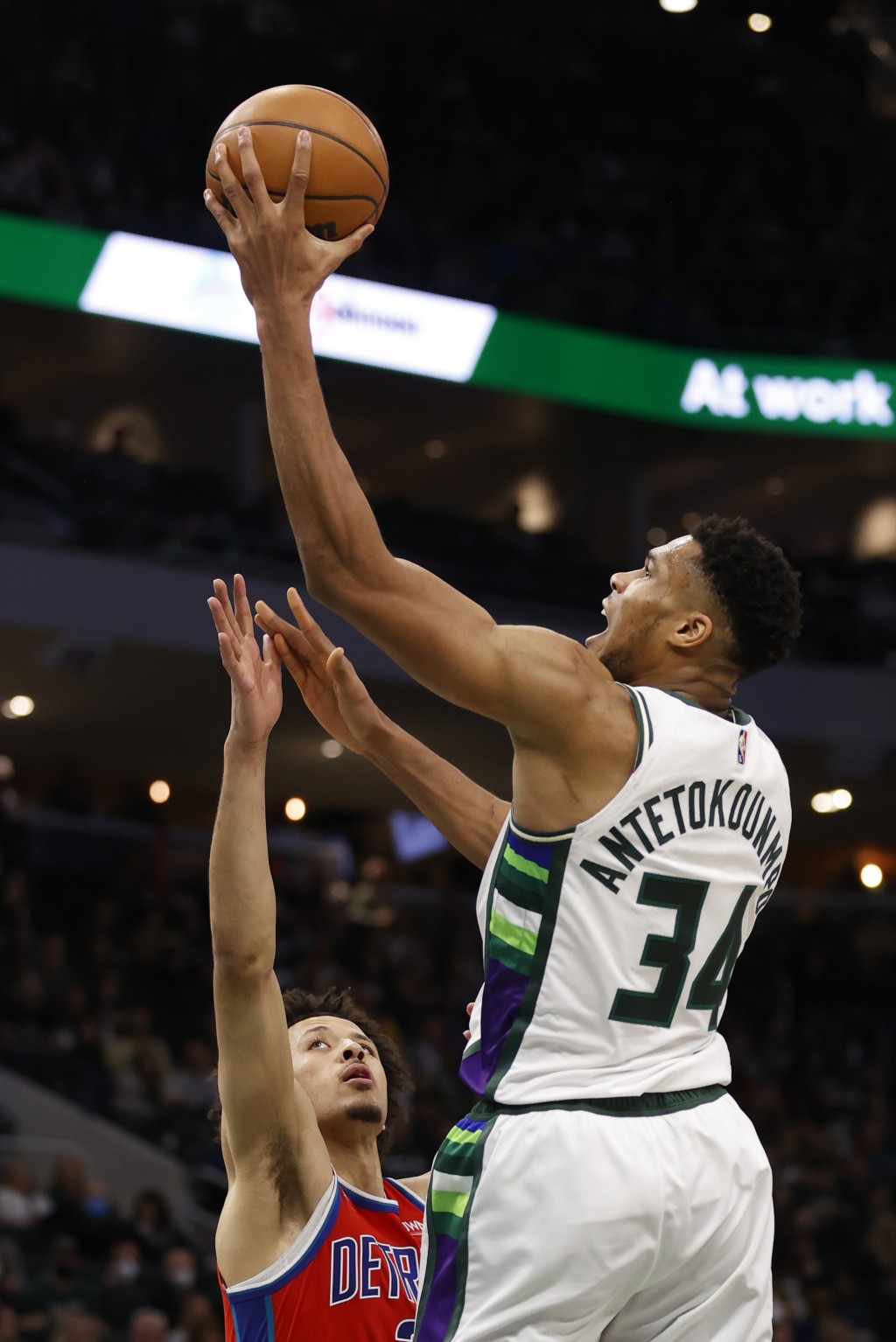 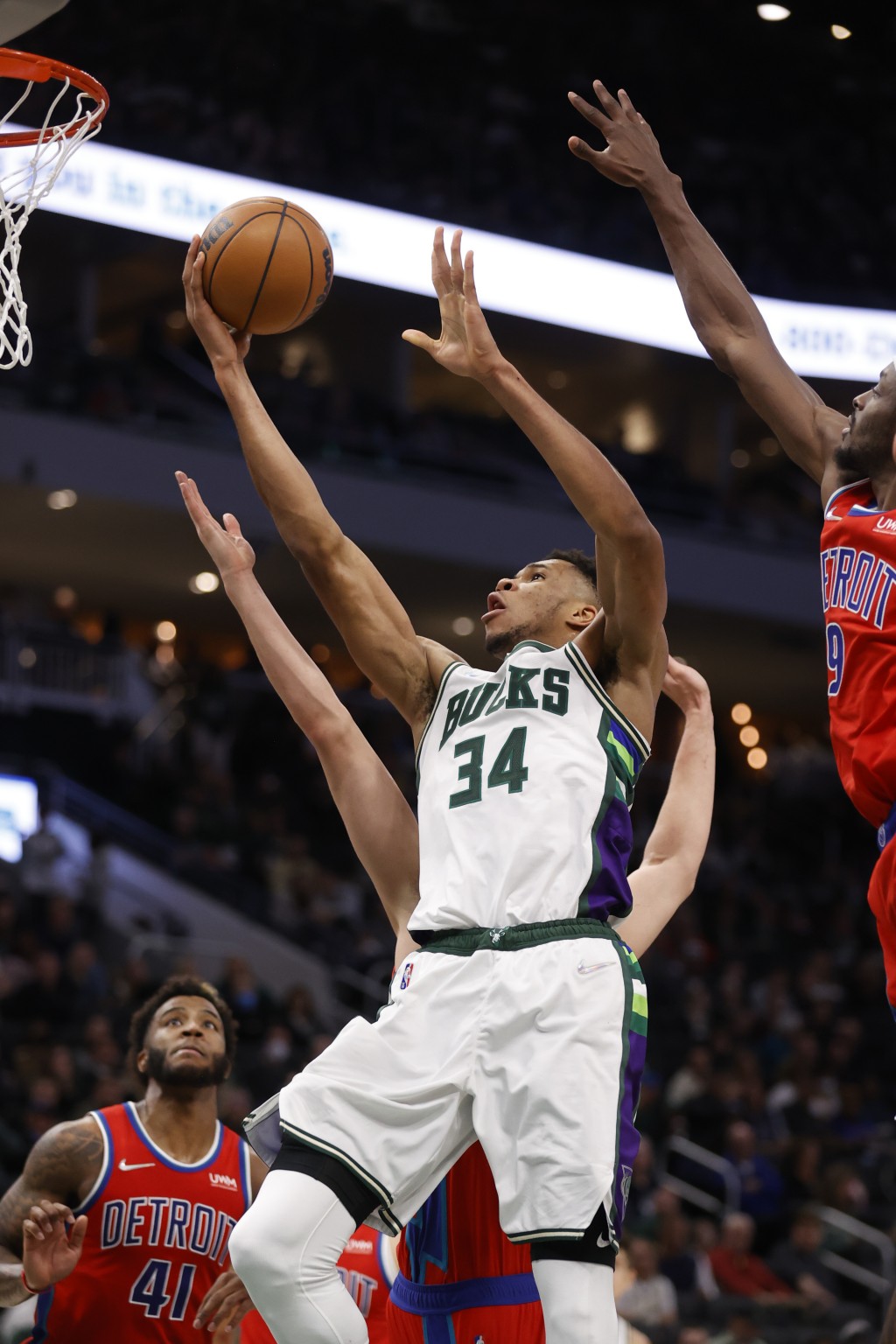 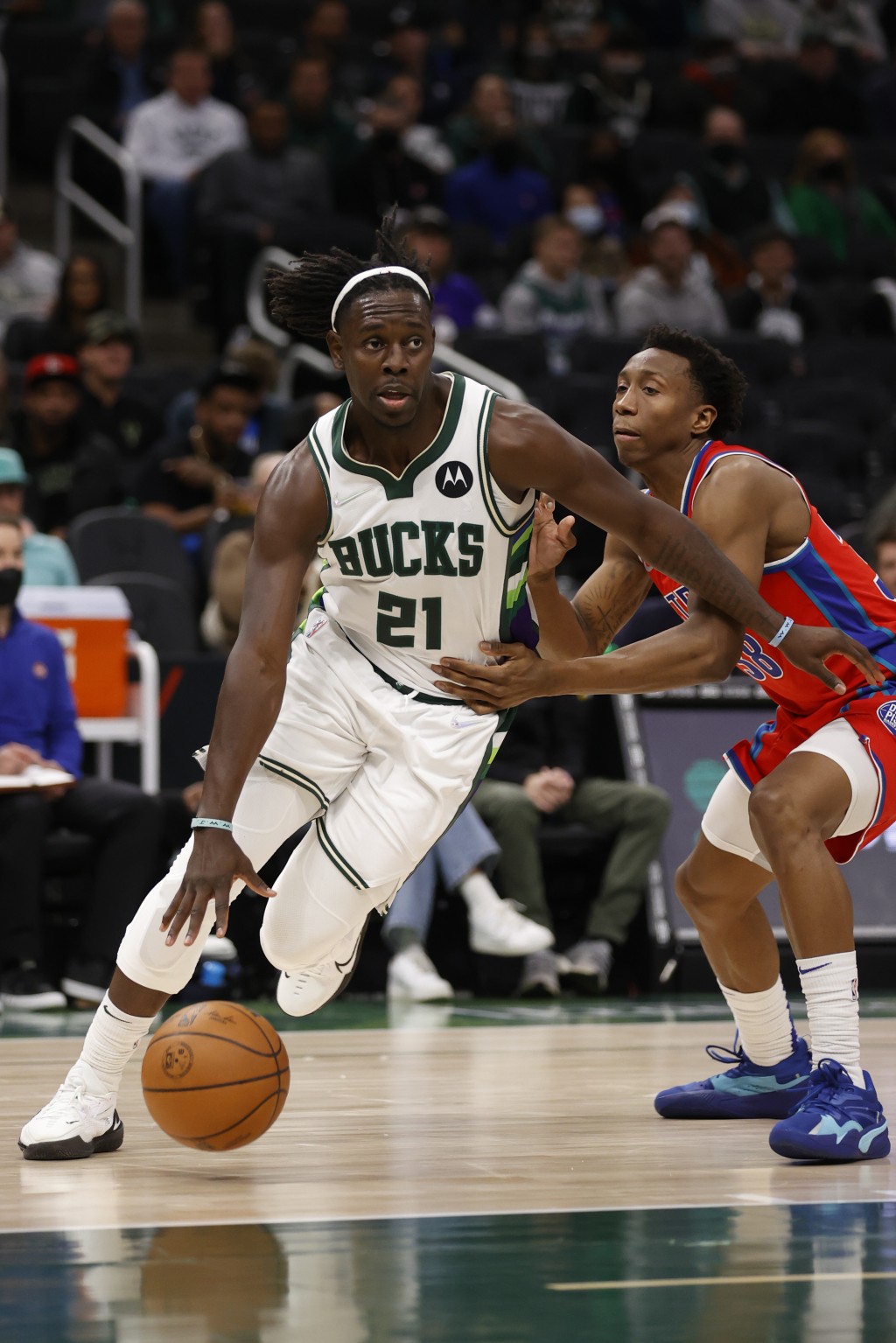 MILWAUKEE (AP) — Giannis Antetokounmpo scored 33 points, Bobby Portis added 28 and the Milwaukee Bucks continued their dominance over the Detroit Pistons with a 114-93 win on Wednesday night.

The victory was Milwaukee’s fifth in a row overall and its 12th straight over Detroit, dating to 2018. That is tied for the third-longest current winning streak by one NBA team over another.

Jrue Holiday had 22 points for the Bucks, who jumped out to a 14-0 lead and never trailed. It was their second consecutive game with a fast start. In their previous game, the Bucks opened a 77-36 lead over Orlando, the biggest halftime lead in franchise history.

“I think the starters are coming out with a focus," coach Mike Budenholzer said. "It doesn't guarantee anything, but I just like the way they've been.”

“When he puts in that maximum effort," Budenholzer said of Antetokounmpo, "that inner competitive drive, and he goes and does things that I just think are very unique to him — very, very, rare and that’s what goes into winning."

Detroit 20-year-old rookie Cade Cunningham, the No. 1 pick in the draft, had nine points, eight rebounds and seven assists. Trey Lyles contributed 19 points and seven rebounds off the bench.

Portis, who had 10 rebounds, matched his career-best streak of four consecutive games with a double-double.

“My whole career, it's always been up and down. Play 16 minutes, I might play 22 minutes. This is like the first time I've been able to just play consistent minutes and know I'm going to get the ball in this position," he said.

Added Budenholzer: “He's stepping into shots in a good rhythm. I think he's really played himself into great shape. He's playing with a lot of confidence. The crowd loves him, I think he loves the crowd, it's good for our group.”

The Pistons lost their fourth game in a row.

In the second half, they could get no closer than six points, with the Bucks leading 71-65 with 6:43 left in the third quarter.

Saben Lee had 12 points in 29 minutes off the Detroit bench.

“Just trying to change the pace of the game, attacking from the paint and finding my teammates,” he said.

The Bucks have not lost a game this season in which their top three players – Antetokounmpo, Middleton and Holiday – were all in the lineup.

Cunningham and fellow rookie Luka Garza, and second-year player Saddiq Bey started for Detroit. "You’ve just got to approach every game in a positive way, as positive as you can be, and not let getting whooped-up on every once in a while weigh on you,” Pistons coach Dwane Casey said before the game. “You’re in teaching mode. With a veteran team, you can kind of get on them a little harder, a little stronger. But with a younger team you can get on them, but still it’s got to be from a teaching standpoint.”

Pistons: C Isaiah Stewart served the second game of his suspension. The league suspended Stewart for two games and the Lakers’ LeBron James for one after their altercation during Sunday’s game in Detroit.

Bucks: Budenholzer successfully appealed a foul called on Antetokounmpo in the second quarter after he blocked a layup attempt by Lee.

Bucks: At the Nuggets on Friday night.