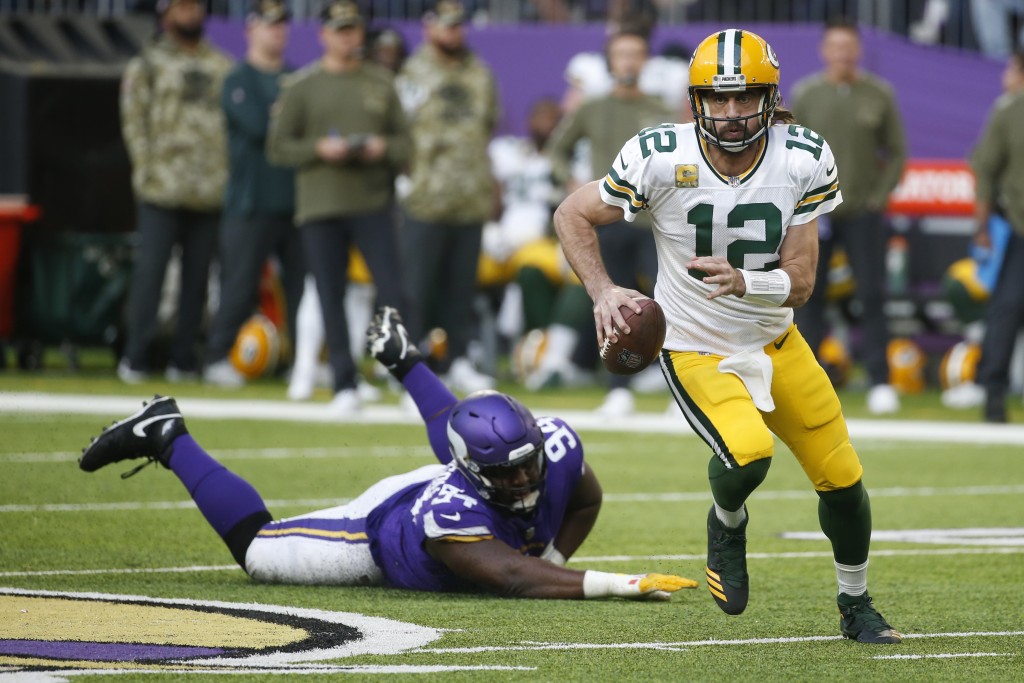 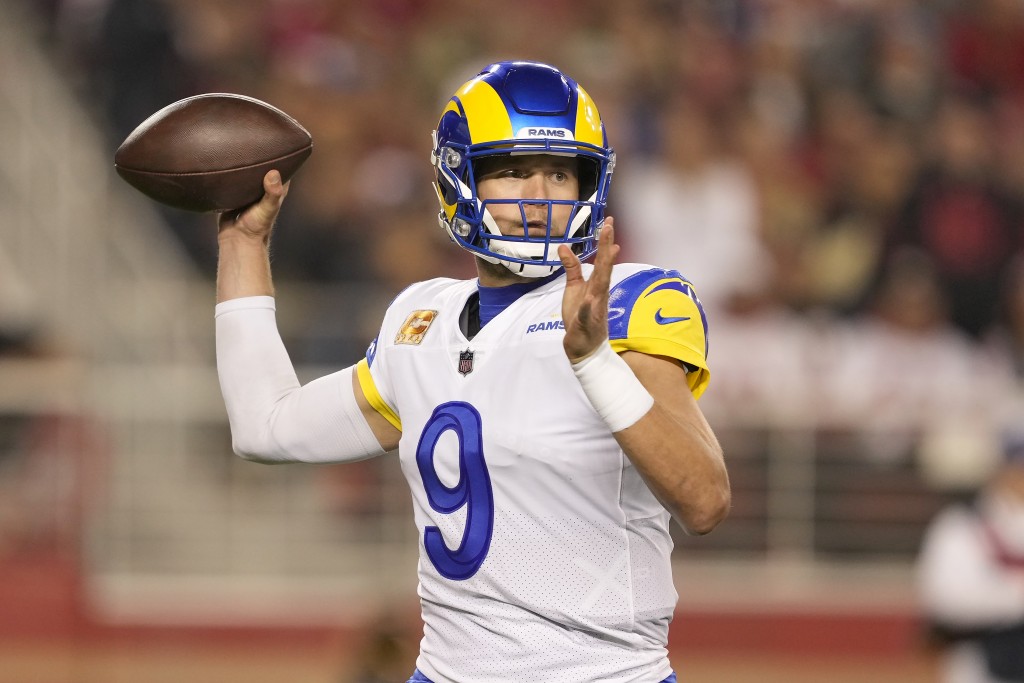 The start-or-sit dilemma is part of managing a fantasy football team.

Having the foresight to start the wide receiver who goes for 100 yards and a touchdown in a matchup while sitting a receiver against a shutdown cornerback is one of the keys to victory.

For this version of a start-or-sit, I’m going to be listing all relevant fantasy football players each week and placing them into tiers.

And to take some of the guesswork out of it, I’ll be leveraging thousands of slate simulations that are based in numberFire’s player projections with dynamic measures for variance, such as quarterback rushing, running back receiving, and receiver target depth.

These players are listed in order of frequency of hitting the stated threshold (i.e. QB12, RB24, WR24, and TE12 performances and higher on the list means more start-able).

The groupings reflect a 12-team, single-quarterback league with the following hypothetical in mind: if I had other viable options on my bench or the waiver-wire, should I start this player this week?

Players not listed should be presumed sit-worthy in a shallow or standard-sized league, and all fantasy points references and rankings reflect half-PPR scoring.

Start with confidence: These players are at least 50% likely to finish the week as a top-12 quarterback, according to the slate simulations.

It’s a small subset of sure things at quarterback. We’re without Patrick Mahomes and Kyler Murray because of byes, but a certain six separate from the rest of the pack.

Starting Aaron Rodgers and Matthew Stafford in a game against one another doesn’t take that much convincing, but their Tier 2 status speaks to a wide range of options and to fairly low median projections for those two compared to other passers in promising games. It’s a deep week at quarterback.

Cam Newton has put forth league-average passing efficiency in his time with the Carolina Panthers and gets a plus matchup against the Miami Dolphins, who rank 23rd in adjusted pass defense, according to numberFire’s opponent-adjusted metrics.

Newton ran 10 times for 46 yards and a score last week, as well. His rushing prowess is back, and the passing efficiency should be there for him in Week 12.

Tyrod Taylor has a similar profile to Newton currently with limited passing volume, but some rushing and a goal-line rushing role. The simulations view him as a viable streamer — if needed — against the lowly New York Jets, who rank 32nd in adjusted pass defense.

Bench if possible: These quarterbacks are under 40% likely (18th or worse) to net a top-12 result and likely aren’t in the one-quarterback-league conversation.

Start with confidence: These running backs are at least 60% likely to finish the week inside the top 24, according to the slate simulations. You’re starting them.

Consider if needed: This tier is sitting between 40% and 59% for an RB2 week, and you’re probably starting some of them even if they’re shy of that top tier.

Myles Gaskin has had a great role since Malcolm Brown’s injury. Over the past four games, Gaskin has averaged 17.3 carries and 4.0 targets per game while playing on 66.8% of the Dolphins’ snaps and seeing 78.6% of their red zone carries. It’s hard to bench that even if the results have been just OK (11.0 half-PPR points per game).

Miles Sanders is back on the fantasy football radar. Jordan Howard could miss this week, and that should lead to an increased role for Sanders. Last week, in Sanders’ return, he played on 45.5% of the snaps and handled 16 carries plus a target (which was a downfield target, no less). Sanders also had 2 of 4 red zone carries. If the snap rate creeps up toward 60%, then he’s likely to put up an RB2-level game against the New York Giants, who rank in the bottom tier in numerous defensive metrics against running backs.

David Johnson is also in contention for a low-end play (the opportunity is likely better than the talent at this point, but the simulations like him). Johnson has out-snapped Rex Burkhead in consecutive games and has a better claim to the receiving workload available within this offense. The sims find both to be viable plays against the Jets after the Houston Texans waived Phillip Lindsay.

Bench if possible: These backs are under 40% likely to net a top-24 result.

— Alvin Kamara and Mark Ingram have partial projections. Neither practiced on Tuesday, and their status is in question. Tony Jones Jr. would be a plug-and-play RB2 option if both miss.

Start with confidence: You’re starting these guys in a 12-team league.

Consider if needed: These players are more matchup dependent for this week than the tier above but are likely where we are looking for a lot of our WR2, WR3, and FLEX plays this week.

There’s a huge tier of receivers to consider this week and for good reason.

That concentrated workload bodes well for Moore to get back into fantasy relevance, starting this week against the Dolphins.

Michael Gallup sets up well on Thanksgiving Day whether or not CeeDee Lamb suits up. Gallup has a 20.0% target share in the two games since he’s been back, and that includes a 32.9% air yards share with 2.0 downfield targets per game. He’s either the team’s WR1 or WR2 behind Lamb.

Darnell Mooney was busy last week on passes from Andy Dalton (11 of 23; 47.8%), and since Week 6, Mooney leads the position in target market share (34.2%). He’s a strong start candidate this week with such a phenomenal workload.

Brandon Aiyuk’s role has gotten quite good in recent weeks. In three games with George Kittle back and healthy, Aiyuk is tied with Kittle for a team-best 24.7% target share while also pacing the team in downfield targets and maintaining a yards-per-route-run rate of 2.35 yards.

Bench if possible: These players finished as a WR2 or better under 30% of the time.

— A.J. Brown, Marquise Brown, and CeeDee Lamb are listed with partial projections in the simulations. If they start, there aren’t many receivers you’re starting over them, so fire them up as if they were low-Tier 1 plays.

Start with confidence: These guys are the Big Six this week.

Consider if needed: You’ll likely be starting these options if you don’t have a top-tier tight end.

Rob Gronkowski has a solid-but-uninspiring target share of 15.5% in his four games with at least half of the snaps, but that does also come with a ton of leverage: 1.0 downfield targets per game and 1.5 red zone targets per game. The Tampa Bay Buccaneers have the second-best implied team total of any team playing this weekend at 27.25 points, so touchdown chances should be there for Gronk.

In two games without Eric Ebron (who could miss extended time), Pat Freiermuth has a 21.3% target share and a 33.3% red zone target share within the Pittsburgh Steelers’ offense. His target-per-route rate (27.1%) would be the same as George Kittle’s over the full season.

Even with a zero-target game in Week 11, Dan Arnold, since he became a full-time player with the Jacksonville Jaguars in Week 5, ranks 12th in target market share among tight ends (17.5%) and 10th in targets per game (6.2).

Excluding last week, his rates are 19.8% and 7.4, respectively. Don’t forget about him in a great matchup against the Atlanta Falcons, who rank 25th in adjusted fantasy points allowed to tight ends.

Bench if possible: These tight ends aren’t in the starting conversation in 12-team leagues unless you’re desperate.