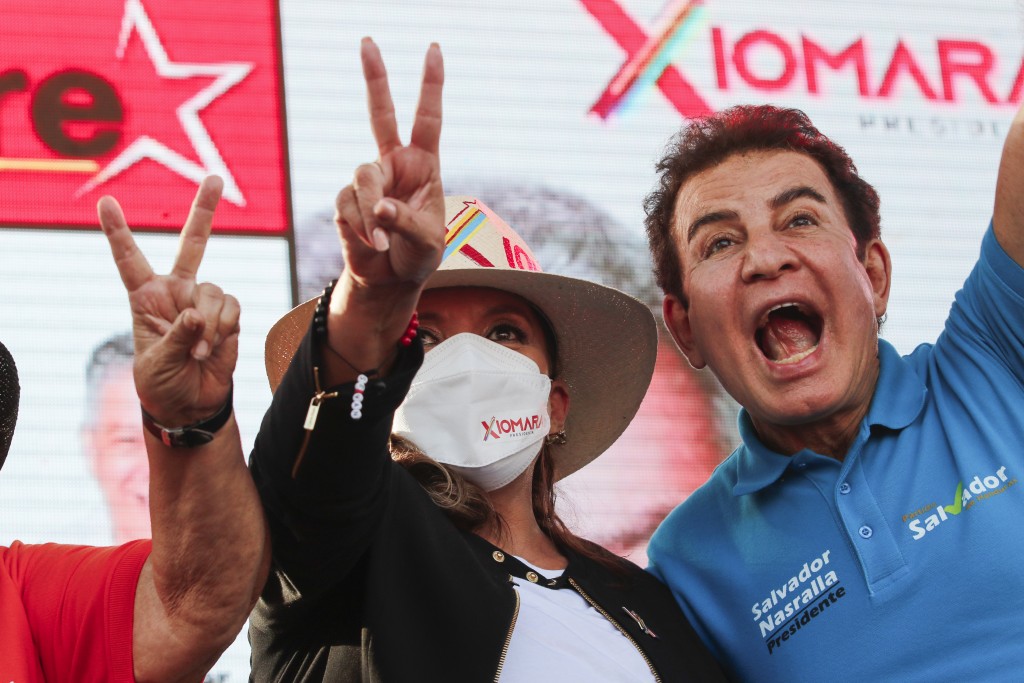 Honduran presidential candidate Xiomara Castro has not made a final decision on whether to recognize China over Taiwan, a close aide said Tuesday, ahead of Sunday elections in which the question has emerged as a major issue.

Castro, of the leftist Libre party, faces the ruling National Party's Nasry Asfura, in the Nov. 28 presidential vote, with a poll last month showing the opposition contender with a commanding double-digit lead.

Two-term Tegucigalpa mayor Asfura has not taken a position on the diplomatic tug-of-war.

Honduras is one of just 15 countries that maintain formal diplomatic ties with Taiwan, which China claims has no right to state-to-state relations.

Castro, the wife of former President Manuel Zelaya, had previously said if victorious she would switch the Central American country's diplomatic relations to Beijing, over Taipei.

Noe, a former finance minister and central bank head, stressed Castro's final decision would depend on "the advantages and disadvantages that other sectors might propose," noting further consultations will be carried out.

Earlier this month, outgoing President Juan Orlando Hernandez visited the Taiwanese capital, expressing his desire that Honduras would continue its friendship with the island that China considers a breakaway province.

China's efforts to win over Taiwan's remaining allies have worried the United States, which has been especially concerned about Beijing's growing influence in Central America and the Caribbean.

"That would be one of the elements to be evaluated," said Noe, referring to U.S. sensitivities.

"We would have to take those elements into account because other things, like Honduran (migrants) in the United States, our trade ties, would also be at stake," he added.