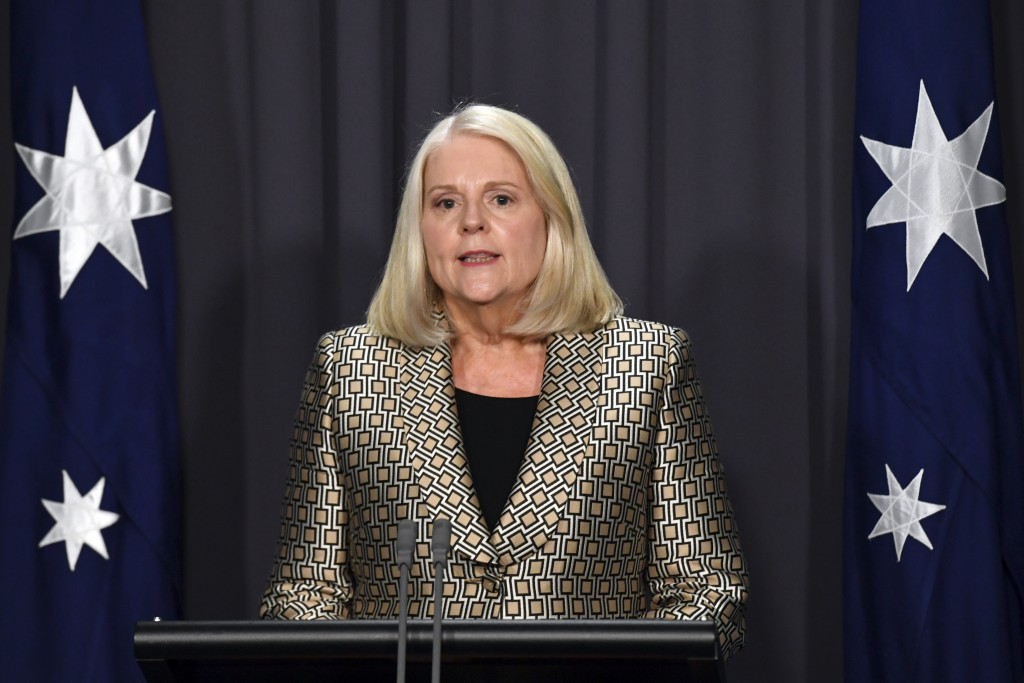 CANBERRA, Australia (AP) — Australia on Wednesday said it intends to add far-right extremist group The Base and the entirety of the Lebanese group Hezbollah to its list of outlawed terrorist organizations as national security services grapple with a surge in neo-Nazi cells and other ideologically motivated extremists.

The Base, a neo-Nazi white supremacist group formed in the United States in 2018, would become only the second far-right group to be designated a terrorist organization in Australia after the British-based Sonnenkrieg Division was listed in August, Home Affairs Minister Karen Andrews said.

The remaining 25 terrorist organizations on Australia’s list are Islamist groups, including Hezbollah’s External Security Organization, which was designated under Australia’s Criminal Code in 2003.

Including all Hezbollah entities as terrorist organizations would make being a member of or supporting those entities a criminal offense.

Andrews said terrorist organizations were watching as Australia lifted border and pandemic restrictions while allowing its vaccinated citizens to present themselves as potential targets by gathering in greater numbers.

She was referring to Australian white supremacist Brenton Tarrant, who killed 51 worshippers at two New Zealand mosques in 2019.

The following year, a major report found New Zealand’s intelligence agencies had been far too focused on the threat posed by Islamic extremism at the expense of other threats including white supremacism.

Australia’s counter-terror intelligence chief Mike Burgess warned in August that Australians as young as 16 were being radicalized to support a white-supremacy groups, and that half of the Australian Security Intelligence Organization’s most important domestic anti-terrorism cases now involve neo-Nazi cells and other ideologically motivated groups.

Burgess, director-general of ASIO, said the shift in the national security threat away from religiously motivated terrorism was being fueled by disinformation surrounding the COVID-19 pandemic and other global events.

Andrews said listing The Base — which is active in the United States, Canada, Europe and Australia — and Hezbollah as terrorist organizations brought Australia into line with international partners including the U.S., Canada and Britain.

She said her decision to list the two organizations was not taken lightly. The threats posed by both groups are real and credible, she said.

She described the numbers of Hezbollah and The Base supporters in Australia as “fluid.”

“I have sufficient information in front of me to be concerned and to understand that The Base meets the threshold for listing as a terrorist organization,” Andrews said.

“We will look closely at their membership and we will take action once they are fully listed under the Criminal Code,” she added.

Andrews wrote to state and territory governments to consult on the two proposed listings. She said she aimed to finalize the listings as soon as possible.

Lebanese Ambassador to Australia Milad Raad was not immediately available for comment.

Israel praised Australia’s decision to include Hezbollah in the designations.

“Australia is a close friend of Israel in the global fight against terrorism,” said Foreign Minister Yair Lapid, saying there is no distinction between the military and political wings of Hezbollah.

“I call on additional countries and the European Union to join this pressure on Hezbollah, to outlaw its activities, and to recognize the entirety of the organization as a terrorist organization,” he said.

Israel and Hezbollah are bitter enemies that fought a monthlong war in 2006. Israel considers the Iranian-backed group a major security threat, with an estimated arsenal of over 130,000 rockets and missiles pointed at Israel.