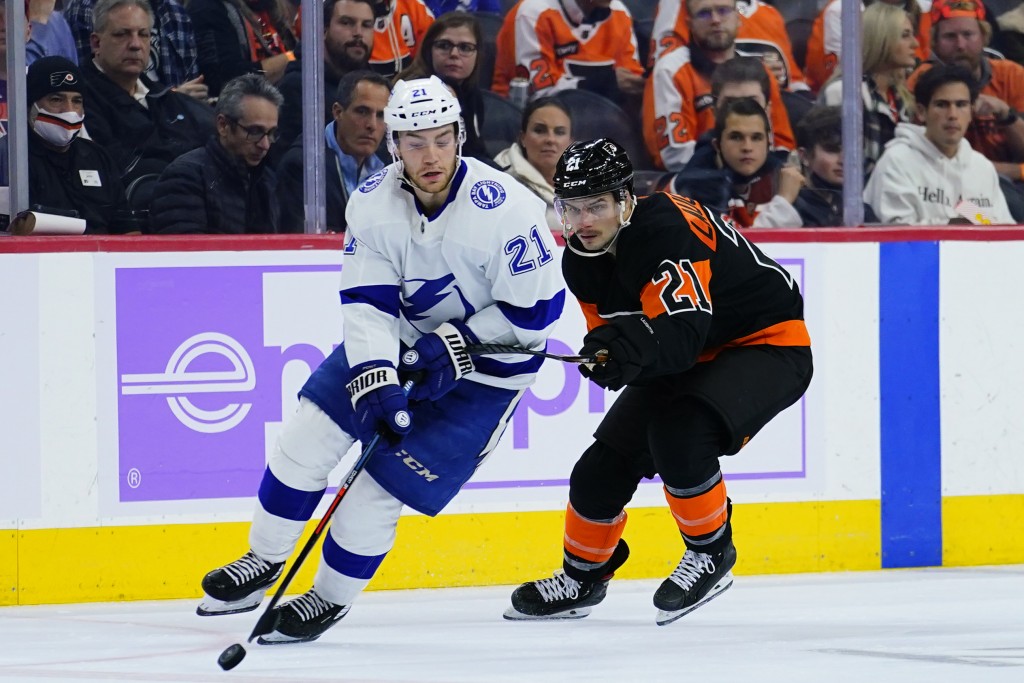 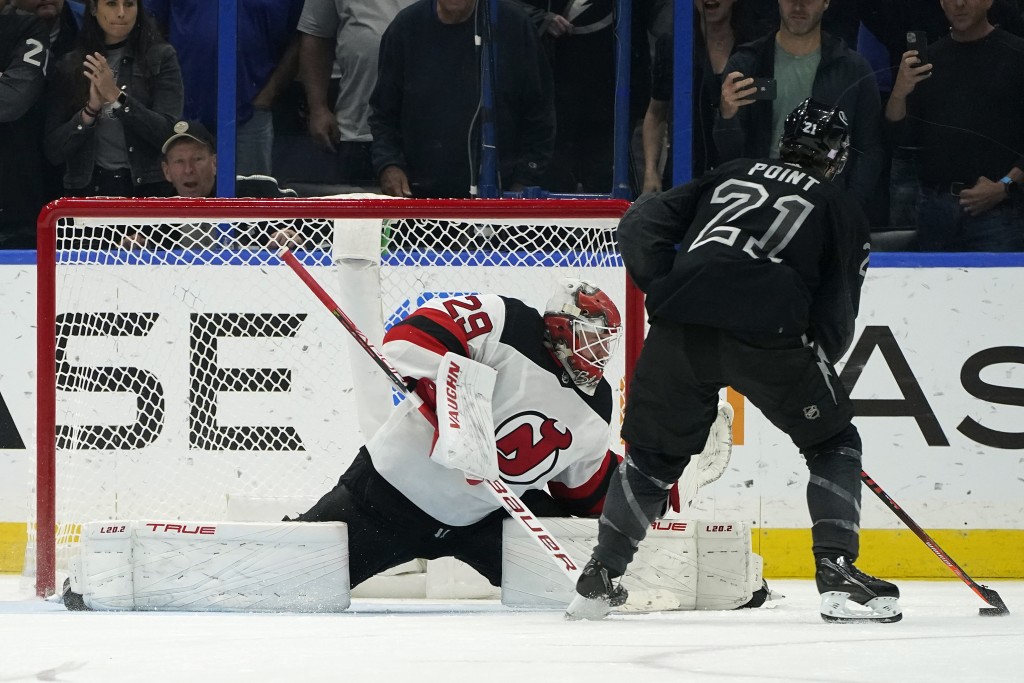 Point appeared to favor his left shoulder or arm after crashing hard into to the end boards after being tripped in the third period of Saturday night's 5-3 loss to New Jersey. He hit the crossbar on the ensuing penalty shot and was able to finish the game.

Point, who had an NHL-best 14 goals in last season’s playoffs, sat out Sunday’s game against Minnesota.

Tampa Bay star right wing Nikita Kucherov sat out his 15th game Tuesday with a lower-body injury and has not resumed skating. He is projected to miss another four to six weeks.

Lightning defenseman Erik Cernak missed his sixth game due to an upper-body injury but took part in Tuesday’s morning skate and is day to day.