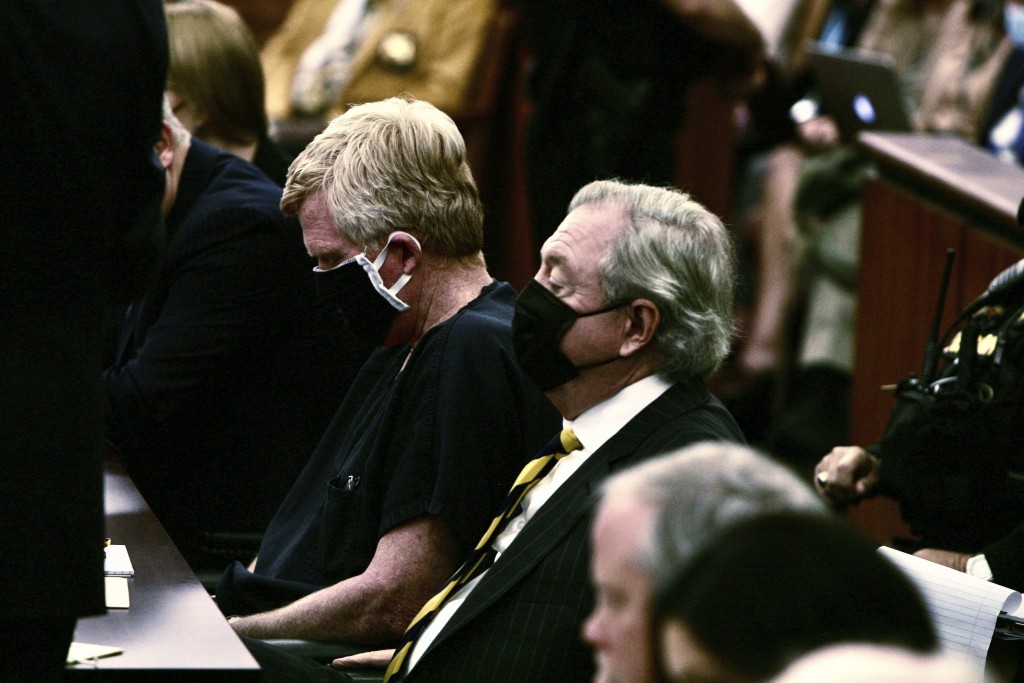 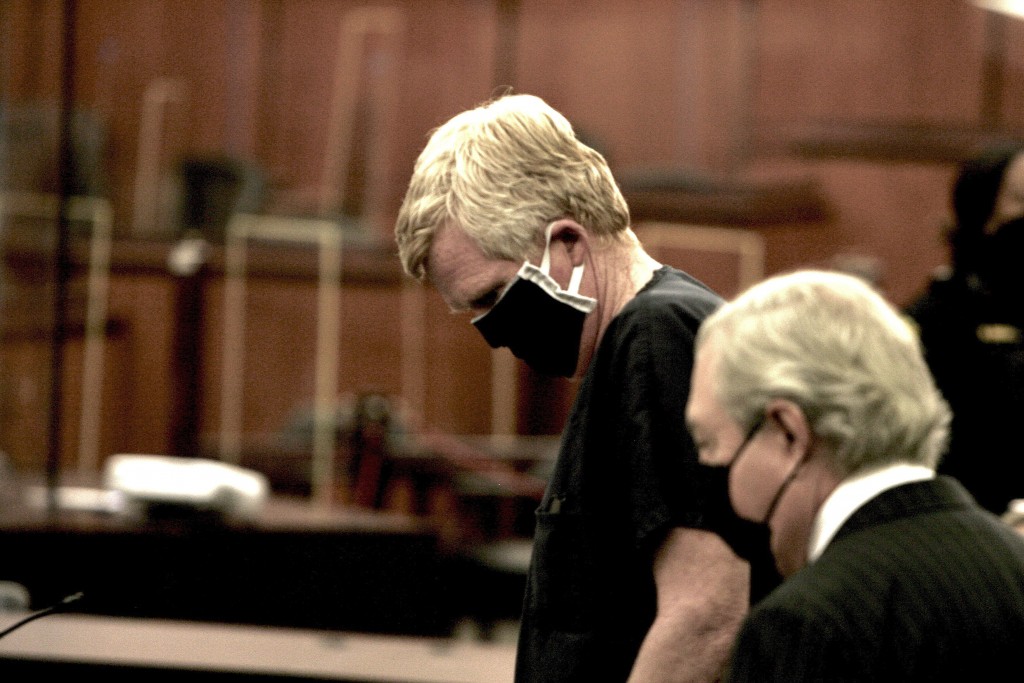 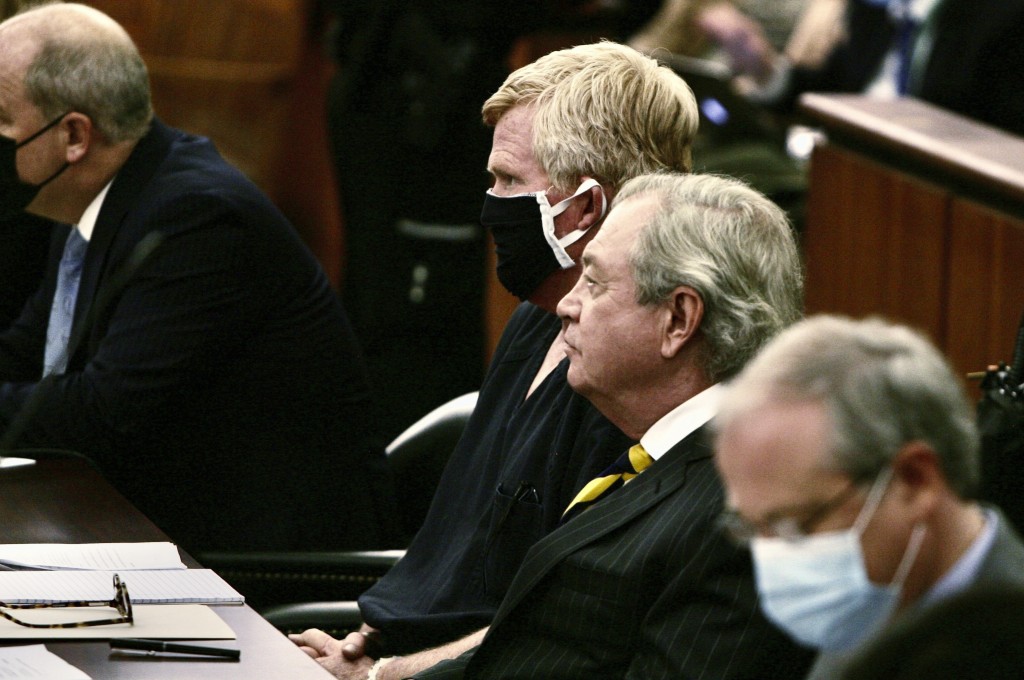 COLUMBIA, S.C. (AP) — Attorneys for Alex Murdaugh want a judge to stop a lawyer suing him from publicly speaking about the massive legal entanglement Murdaugh finds himself in and recommend a panel that disciplines attorneys look into the matter.

The request said attorney Eric Bland broke ethics rules when he suggested Murdaugh's attorneys can't be successful in defending him because they can't call in favors with judges or prosecutors and indirectly compared Murdaugh to two infamous South Carolina serial killers.

Murdaugh is charged with more than 30 mostly financial crimes with many of them involving clients. He is accused of stealing more than $3 million in insurance settlements meant for the sons of a housekeeper, Gloria Satterfield, who died after falling in Murdaugh's home in 2019. Bland is their lawyer.

But remaining unsolved are the deaths of Murdaugh's wife, Maggie, and son, Paul, who were found shot outside a different family home in June.

“Mr. Bland has made it clear he intends to continue, and, indeed, to escalate his campaign of extrajudicial disparagement so long as no one stops him. For that reason, a gag order is unfortunately necessary,” Murdaugh attorneys Dick Harpootlian and Jim Griffin wrote in their motion Monday.

Bland issued a statement Tuesday saying Murdaugh's attorneys were trying to deflect from their client's massive legal problems. Bland said Harpootlian should be banned from speaking publicly about the case because he said last month on “Good Morning America” that Murdaugh understands he will go to prison and said disparaging things in other interviews about his client's drug use.

“The motion is an illusionist’s attempt to distract attention away from harm that he has inflicted upon his own client by his very attorney,” Bland said in his statement that promised a more thorough response in a future court filing.

The gag order request by Murdaugh's attorneys includes six pages of comments Bland has made to reporters, most of them to FITSNews.com, an internet site founded on political gossip and commentary on the looks of women. The site now has two reporters who concentrate almost exclusively on Murdaugh.

Harpootlian said Bland needs to be sanctioned for attacking their credibility.

“There are are certainly cases that I’ve seen that he has pulled monkeys out of a hat, and you know really got an amazing result, but it just isn’t gonna happen here. It isn’t going to happen because he can’t do what he does best, which is leverage relationships and good deeds that he’s done over the years,” Bland said on the Murdaugh Murders podcast on FITSNews.

In the same podcast, Bland compared Murdaugh to Pee Wee Gaskins and another notorious South Carolina serial killer, saying “they’re killers there’s no question about it, and there is a difference right now, but he is as morally bankrupt as they are.”

Harpootlian said the reference to Gaskins was especially insulting because he was the prosecutor who sent Gaskins to death row and he had to spend weeks under armed protection after Gaskins tried to have his then 3-year-old daughter kidnapped to try to avoid the electric chair.

"Mr. Bland knows stealing money is in no way morally equivalent to murdering more than a dozen people and raping girls as young as 12 years old," Murdaugh's lawyers wrote in their motions.

In other interviews, Bland has suggested Murdaugh will be sentenced to hundreds of years in prison and called him “morally decrepit,” “morally bankrupt,” “a “really, really bad person,” and he “doesn’t think decency and the rules apply,” according to the motion, which said those comments could influence a jury that hears the lawsuit or Murdaugh's criminal charges.

While the request was specifically for a gag order against Bland, Murdaugh's lawyers said they would be fine if a judge kept everyone involved in the lawsuit by the housekeeper Satterfield's sons from speaking publicly.

After Satterfield died from her injuries in the fall, Murdaugh promised her sons he would get settlements from his insurance, then pocketed more than $3 million meant for the family, according to the criminal charges and Bland's lawsuit.

The Satterfield case is only a small part of Murdaugh's legal troubles. He also is charged with filing a false police report and insurance fraud in what investigators said was attempt to have someone kill him so his surviving son would get a $10 million life insurance policy. Murdaugh's head was only grazed by the bullet on a rural Hampton County road on Sept. 4.

Murdaugh faces lawsuits from the family of a teenager who died when authorities said Paul Murdaugh was drunk and crashed his father's boat into a bridge pillar and a passenger on the boat who said the Murdaugh family tried to mislead investigators to think he was driving the boat.

Murdaugh has been in jail for more than a month after a judge denied him bail on his criminal charges.