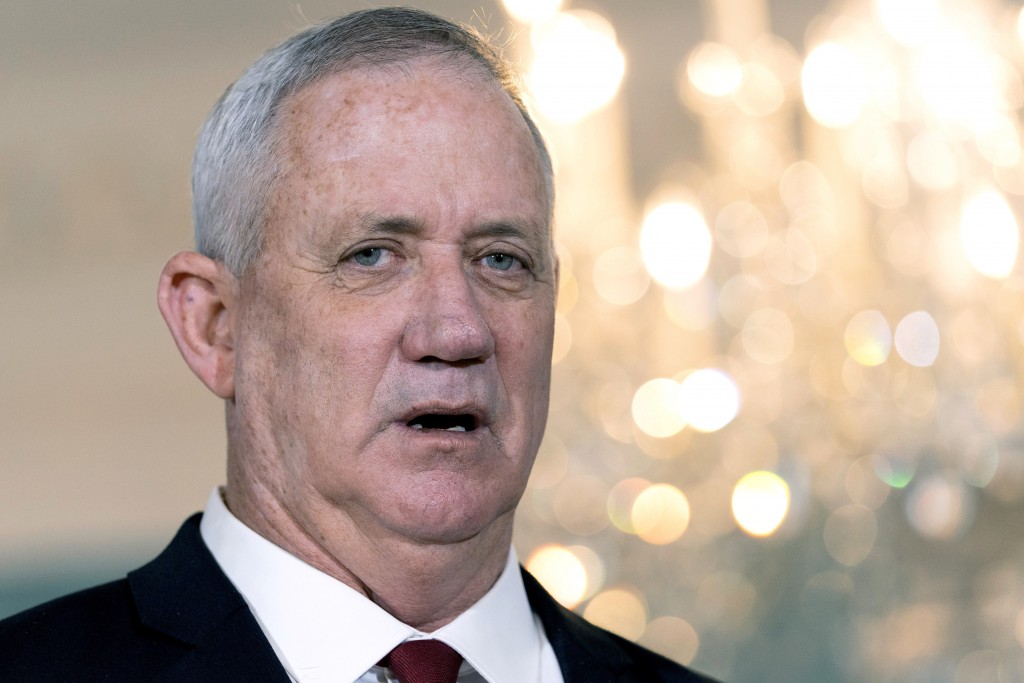 JERUSALEM (AP) — Israel’s defense minister headed to Morocco on Tuesday for an official visit to cement security ties just ahead of the first anniversary of their agreement to establish full diplomatic relations.

Benny Gantz will be making the first official visit by an Israeli defense minister to one of the four Arab states that agreed to normalize ties with Israel last year. Earlier this year, Israel's foreign minister inaugurated an Israeli diplomatic office in Rabat.

Speaking to reporters ahead of the flight, Gantz said he was departing for a “historic meeting.”

“We will sign cooperation agreements. We will continue to strengthen the connections. It is very important that this be a successful trip,” he said.

During the visit, Gantz is slated to meet his Moroccan counterpart and sign an agreement that would lay the foundations for “formalizing defense relations between the countries,” an Israeli official said. The official was not authorized to talk to the press ahead of the trip and spoke on condition of anonymity.

Morocco, the United Arab Emirates, Bahrain and Sudan signed agreements to normalize relations with Israel in 2020 as part of the diplomatic pacts brokered by the Trump administration known as the Abraham Accords.

The UAE and Bahrain had long maintained clandestine security cooperation with Israel, due to their shared enmity of regional rival Iran.

Those countries will all be closely watching next week's resumption of talks between Iran and global powers over renewing an international nuclear pact.

The previous agreement, which eased painful economic sanctions on Iran in exchange for curb's on the country's nuclear program, collapsed three years ago after the Trump administration withdrew from the deal.

Since then, Iran has accelerated its enrichment of uranium — a key step toward producing a nuclear bomb. Iran insists its nuclear program is for peaceful purposes, while Israel says it will take whatever steps it deems necessary to prevent Iran from gaining the ability to make a bomb.

Earlier on Tuesday, Gantz said at a security conference that the world powers “must add a ‘Plan B’ to the diplomatic option” concerning Iran’s nuclear program.

“There is no doubt that a diplomatic solution is preferable, but alongside it, the use of force should be on the table — since it is the continuation of diplomacy by other means,” the defense minister said.

Israel and Morocco enjoyed low-level diplomatic relations in the 1990s, but Morocco severed them after a Palestinian uprising erupted in 2000. Despite that, the two states have maintained informal relations. Nearly half a million Israelis claim Moroccan heritage — more than 200,000 immigrated to Israel after the founding of the state in 1948 — and thousands visit the country each year.

Morocco is still home to a small Jewish community, and Rabat has one remaining synagogue.

In exchange for Morocco normalizing relations with Israel, the Trump administration promised in December 2020 to recognize Moroccan sovereignty over Western Sahara, a disputed north African territory. The announcement upset decades of U.S. policy and international consensus that Western Sahara’s status should be settled by a U.N. referendum.

Since then, the Biden administration has cautiously walked back that recognition. After a meeting between Secretary of State Antony Blinken and Moroccan Foreign minister Nasser Bourita in Washington this week, State Department spokesman Ned Price said Blinken views a Moroccan autonomy plan for the region as "serious, credible, and realistic, and one potential approach to satisfy the aspirations of the people of Western Sahara.”

Morocco annexed Western Sahara, a former Spanish colony believed to have considerable offshore oil deposits and mineral resources, in 1975, sparking a conflict with the Polisario Front. The U.N. brokered a 1991 cease-fire and established a peacekeeping mission to monitor the truce and help prepare a referendum on the territory’s future. Disagreements over who is eligible to vote have prevented that vote from taking place.

The Polisario Front ended the 29-year cease-fire in November 2020 and restarted armed conflict with Morocco.

The Abraham Accords broke a longstanding consensus among Arab states that normalization with Israel only take place as part of a resolution of the Israeli-Palestinian conflict. Because of that, the Palestinians view the agreements as a betrayal that eroded their leverage with Israel.