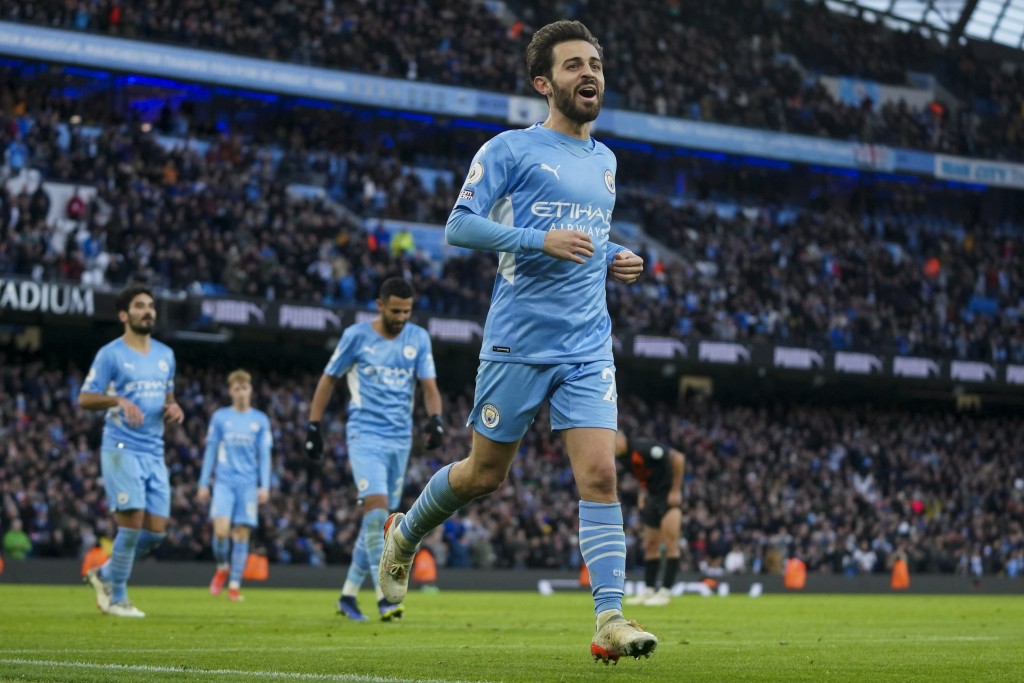 A look at what’s happening in the Champions League on Wednesday:

In a heavyweight tussle worthy of a final, Manchester City hosts Paris Saint-Germain with both teams potentially in line to seal their progress to the last 16 with a game to spare. City leads by one point from PSG, which is four ahead of Club Brugge. If Leipzig beats Brugge away in the other game, City and PSG advance whatever the result in their game at Etihad Stadium. City would guarantee topping the group with a victory and will be looking to make a statement after losing in Paris in the return fixture, which marked Lionel Messi's first goal for PSG. Kevin De Bruyne is missing for City after contracting the coronavirus. It's a return to England for PSG manager Mauricio Pochettino, who reached the 2019 Champions League final with Tottenham. Now the Argentine is in Manchester while being touted as a contender for the managerial vacancy created at Manchester United by the firing of Ole Gunnar Solskjaer.

Liverpool and Porto meet at Anfield in a match that really has any significance only for the Portuguese team. Liverpool is already guaranteed to finish in first place in the group after winning its opening four games. It is now all about which team finishes second and Porto occupies that spot, a point ahead of Atletico Madrid and four ahead of AC Milan. Atlético hosts Milan, which must win to stay in contention to either advance or finish third to drop into the Europa League. Atlético coach Diego Simeone will be able to count on Antoine Griezmann after UEFA reduced the player’s suspension from two matches to one following a red card against Liverpool. Milan striker Zlatan Ibrahimovic has regained his form from injury, and scored twice in Serie A at the weekend.

Borussia Dortmund and Sporting meet with the teams tied on six points vying for second place. Sporting is enjoying a nine-game winning streak in all competitions, last losing at the start of the Champions League against Dortmund. Ajax visits already eliminated Besiktas with a six-point lead at the top.

Real Madrid again will rely on the attacking duo of Karim Benzema and Vinícius Júnior when it visits Sheriff with a chance to clinch a spot in the knockout round. The options in attack for coach Carlo Ancelotti have been reduced after Gareth Bale and Eden Hazard were ruled out because of health issues. Madrid leads the group by two points from Inter Milan, which hosts last-placed Shakhtar Donetsk. Sheriff is a point further adrift. Madrid can advance with a victory, and it will secure first place if it wins and Inter doesn’t defeat Shakhtar. But 13-time European champion Madrid was stunned in the home match against Sheriff, losing in September. Inter hosts Shakhtar full of confidence after beating Serie A leader Napoli.