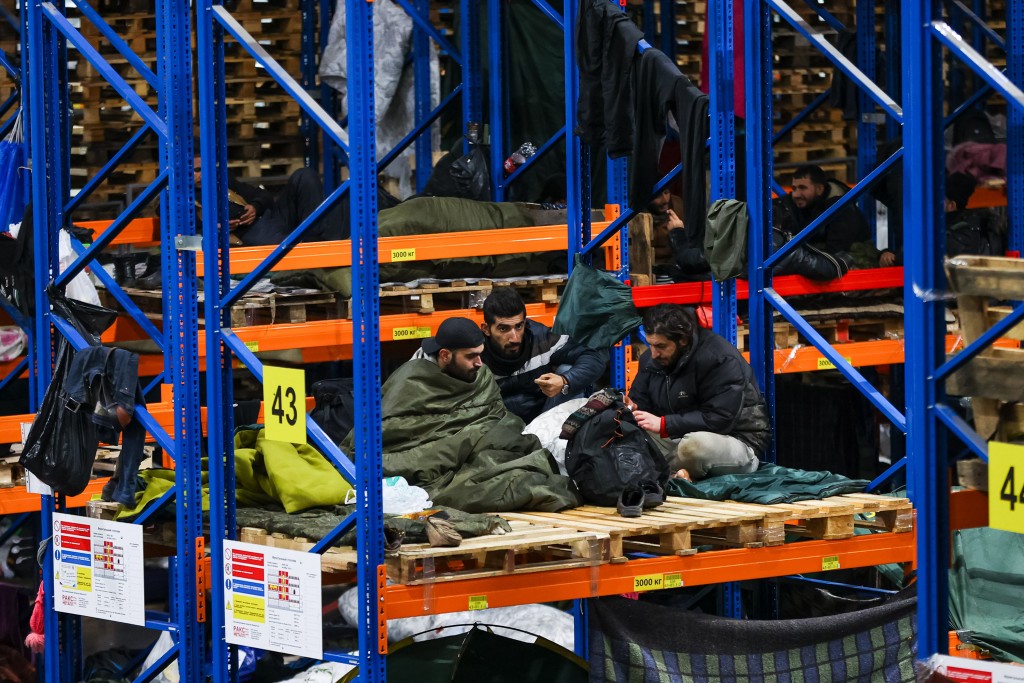 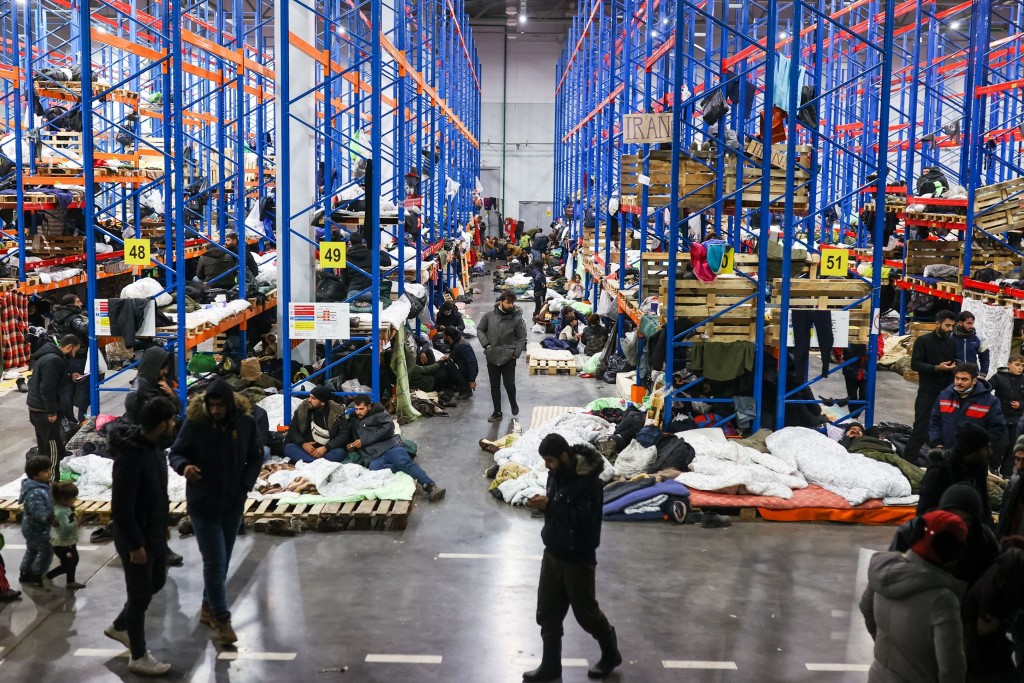 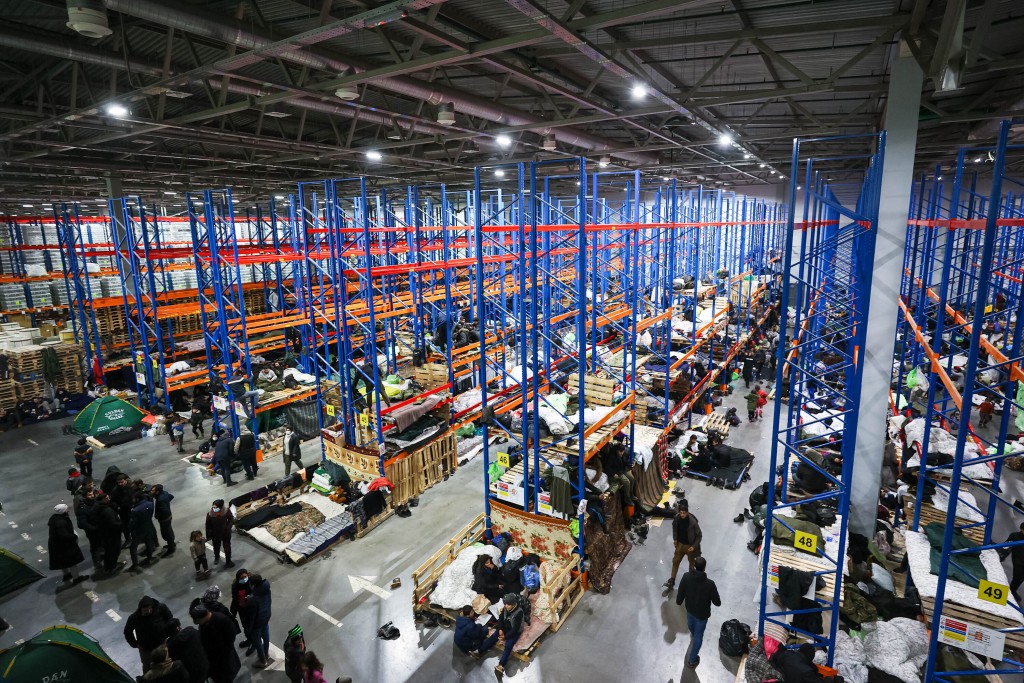 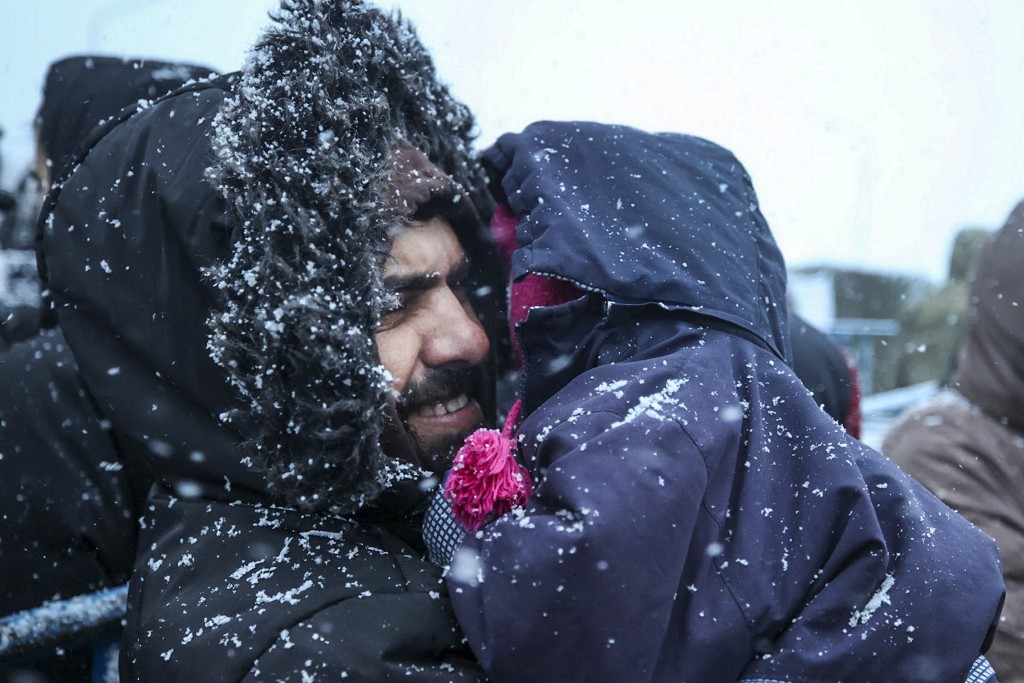 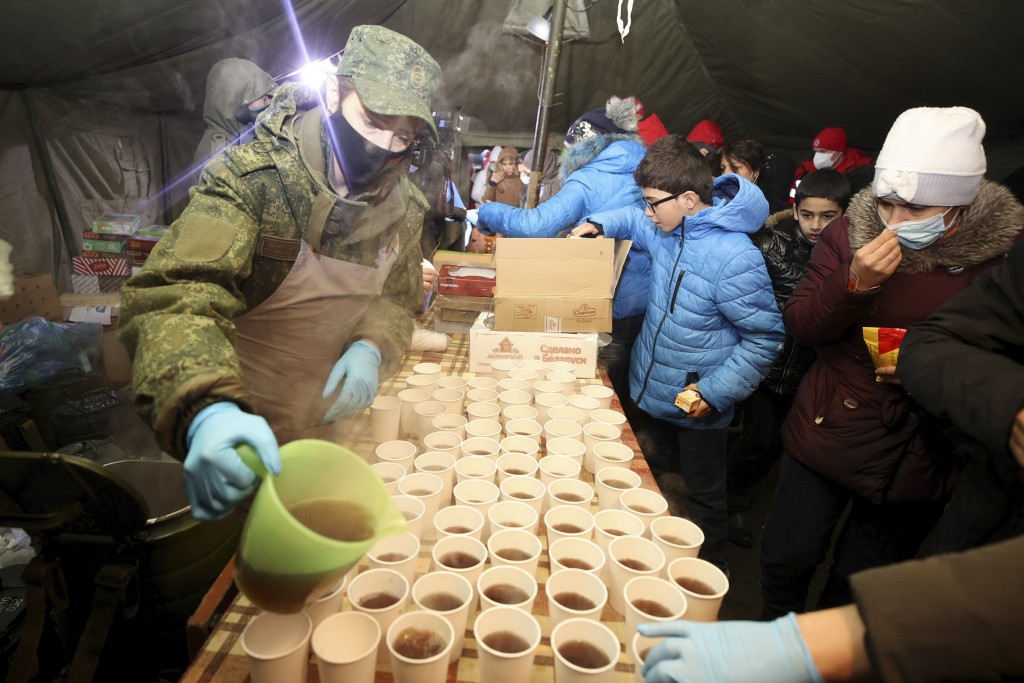 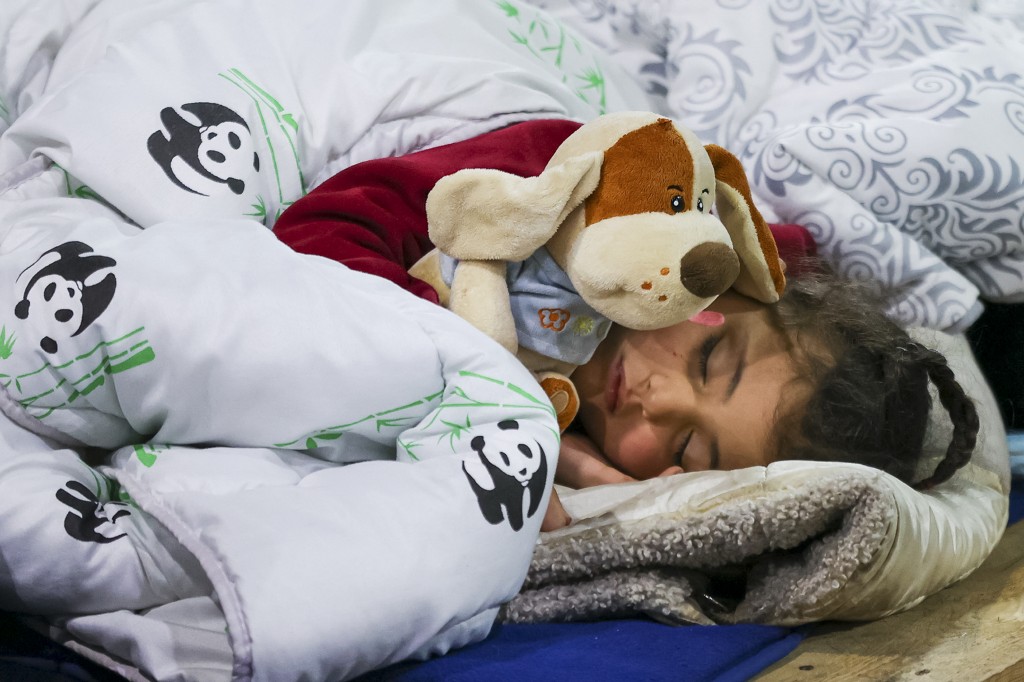 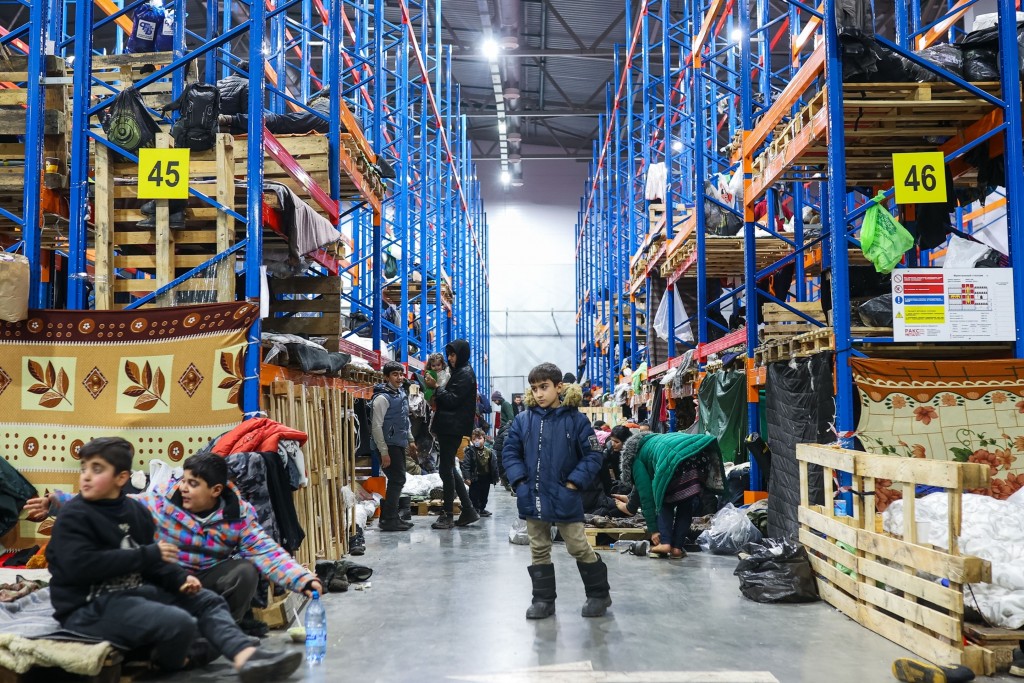 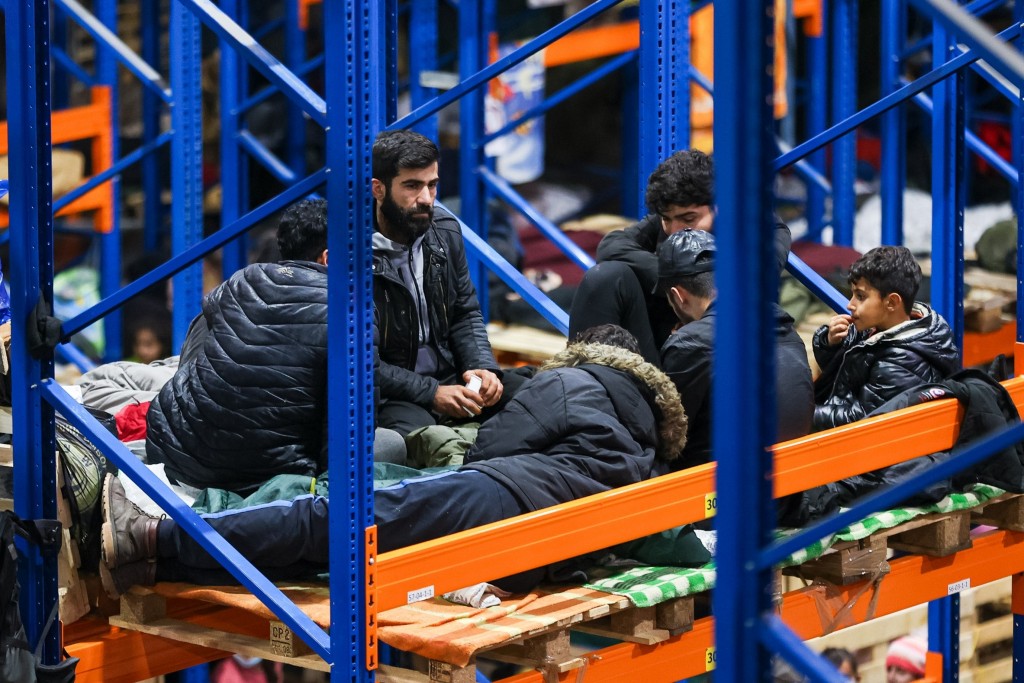 KYIV, Ukraine (AP) — Belarusian authorities say they have helped more than 100 migrants leave the country on Monday and more are prepared to leave Tuesday, a statement that comes after almost two weeks of tensions at Belarus' border with Poland, where hundreds of people remain stuck.

Belarus' Interior Ministry officials said Tuesday that 118 migrants flew out of the capital, Minsk, on Monday to their home countries after the ex-Soviet country's authorities “assisted them with paperwork and passing through the state border.”

The authorities carry out this work “daily," and on Tuesday another group of migrants is expected to leave Belarus, said Alexei Begun, head of the department for citizenship and migration at the ministry. Begun didn't mention the nationality of the migrants or countries they departed to.

Since Nov. 8, a large group of people, mostly from the Middle East, has been stranded in Belarus at a border crossing with Poland, trapped as forces from the two countries face off against each other. Most are fleeing conflict or a sense of hopelessness at home, and aim to reach Germany or other Western European countries.

The West has accused Belarusian President Alexander Lukashenko of luring thousands of migrants to Belarus by air transport with the promise of help to get to Western Europe to use them as pawns to destabilize the 27-nation European Union in retaliation for its sanctions on his authoritarian government. Belarus denies orchestrating the crisis, which has seen migrants entering the country since summer and then trying to cross into Poland, Lithuania and Latvia.

About 2,000 people are currently staying at a warehouse facility near the border with Poland. Lukashenko has said a total of 7,000 migrants remain in the country.

The spokesman for Poland’s security services, Stanislaw Zaryn estimated around 10,000 migrants are in Belarus now.

About 8,000 migrants have entered the 27-nation EU — mostly through Poland, Lithuania, and Latvia — from Belarus this year, and border guards have prevented tens of thousands of crossing attempts, according to EU figures.

Zaryn warned against interpreting recent moves to repatriate some of the migrants as a de-escalation of the crisis.

“These signals do not prove a change or a backing away from the strategic plans of the Lukashenko regime,” the official said. “At first sight these decisions and these flights may look like a de-escalation of this crisis, but we believe without doubt that such conclusions would be premature.”

The European Union on Tuesday set up a blacklist for transport operators suspected of helping people to enter the bloc without authorization, as part of new measures to fight what it calls a “hybrid attack” by Belarus using migrants.

The bloc’s executive branch, the European Commission, said the blacklist will hit any air, land or sea operators “that engage in or facilitate smuggling or trafficking of people into the European Union.”

The move would limit their ability to operate in the European market, result in the suspension of licenses or permits, stop them from refueling or carrying out maintenance in the EU, and ban them from transiting through, or flying over, the bloc. They would also be banned from stopping at European ports.

Many of the migrants arriving at Poland’s border with Belarus come from Iraq, but direct flights from Baghdad have ceased since the EU threatened to impose tighter visa restrictions on Iraqi officials.

Belarusian authorities, in turn, have once again accused Poland of mistreating the migrants and using tear gas and pyrotechnics to deter their attempts to cross the border.

Belarus' military also said that the cooperation between the ex-Soviet nation and NATO has been suspended, per the bloc's initiative, and charged that the neighboring nations are building up troops.

“We see that the population of Poland, the Baltics, Ukraine are being taught to think about the inevitability of a war,” said Chief of the General Staff of the Armed Forces of Belarus, Maj. Gen. Viktor Gulevich.

Monika Scislowska in Warsaw, Poland, and Lorne Cook in Brussels, contributed to this report.