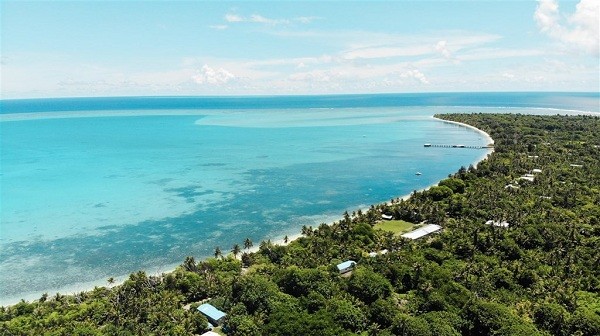 TAIPEI (Taiwan News) — China Airlines, Taiwan’s national carrier, pledged to open six flights to Palau on Monday (Nov. 22) after the travel bubble between the two allies seemingly burst with the airline’s cancelation of all its November flights to the West Pacific paradise due to the falling number of bookings.

However, the resumption of flights appears to be the result of political expediency instead of a decision arising from market demand.

The criticism has sparked concerns in Taiwan.

Two legislators on Monday suggested that the precarious status of the travel bubble might threaten the diplomatic health of Taiwan, which has just a few allies around the world. In response, Minister of Transportation and Communications Wang Kwo-tsai (王國材) said that China Airlines canceled its Palau flights because there had been fewer than 20 bookings for the whole month, CNA reported.

The ministry will discuss with China Airlines how to arrange flights to Palau without harming the carrier’s interest, Wang said, adding that the ministry will also brief travel agencies operating the route on how to better market attractions in the Pacific country.

Lion Travel General Manager Andy Yu (游國珍) said on Monday that Palau has always been a small tourism market in relation to Taiwan, even before the pandemic. In 2019, for example, only about 15,000 Taiwanese traveled there, CNA cited him as saying.

Yu attributed the popularity of the travel bubble in August and September to the availability of COVID-19 vaccinations in Palau.

However, as confirmed local coronavirus cases have continued to decline and vaccines have become more widely available in Taiwan since October, the demand for vaccinations in Palau no longer exists.

In Yu's view, tourism is a free, open market, and flight availability should be dictated by demand and the market mechanism, CNA reported.

Meanwhile, Palau's tourism office in Taiwan on Sunday announced the immediate relaxation of vaccination requirements, allowing people to arrive in Palau from Taiwan without having to undergo a quarantine or get a second shot there, provided they have been vaccinated with at least one dose of a WHO or U.S. FDA-certified vaccine, including the Medigen vaccine.