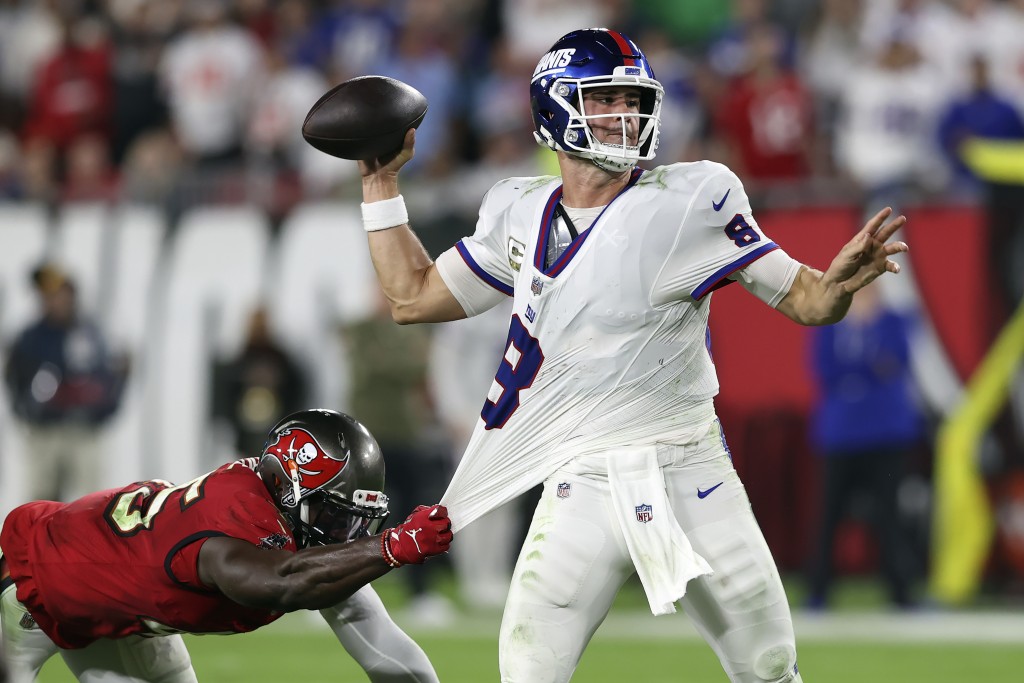 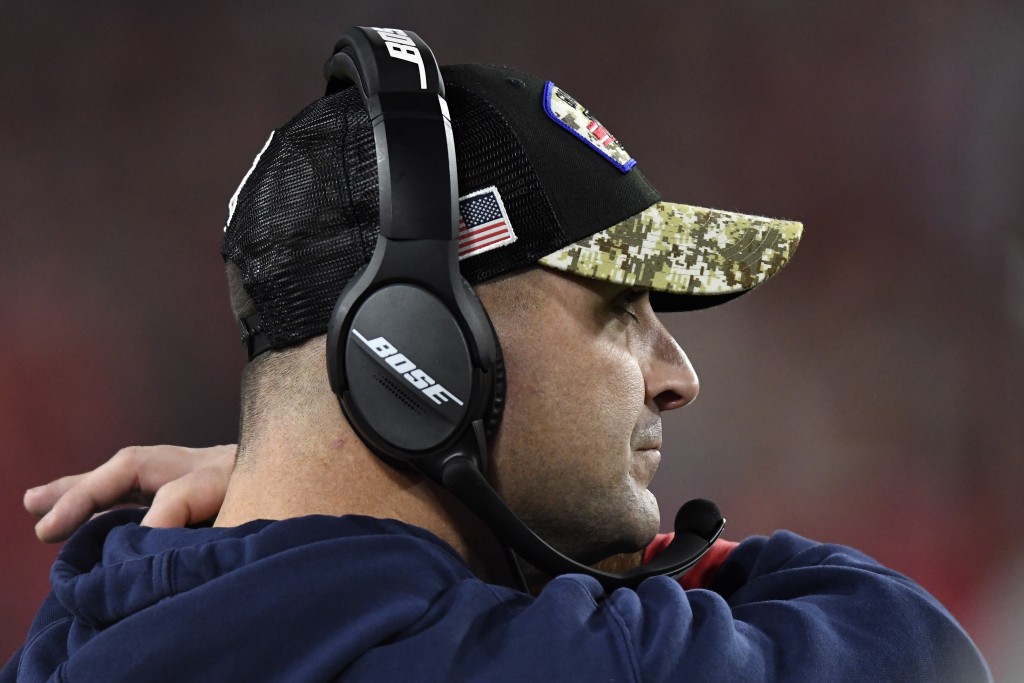 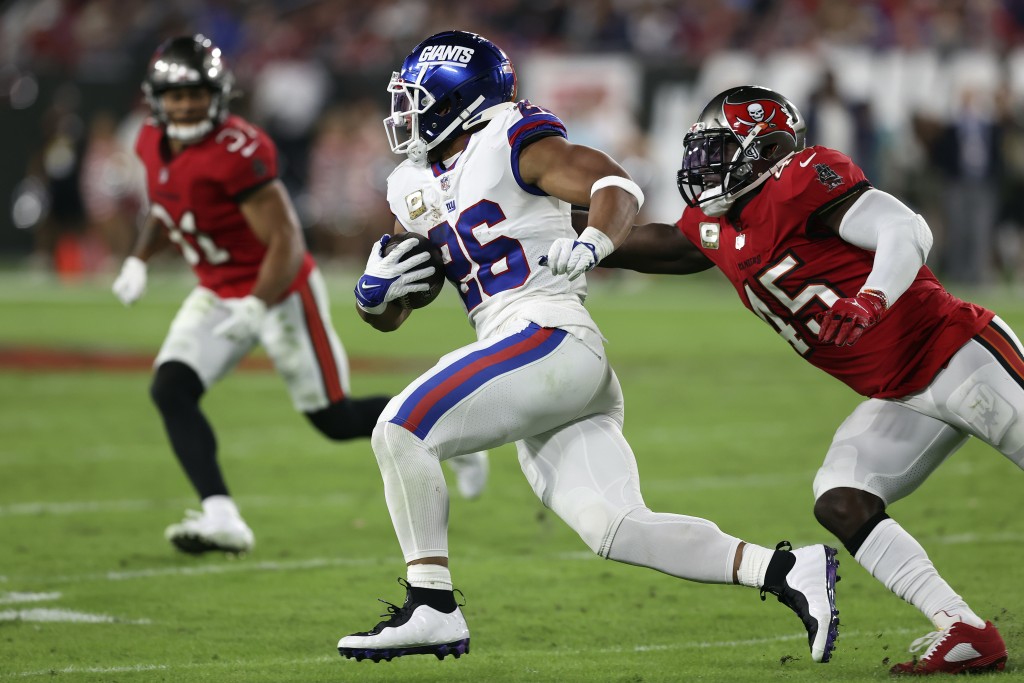 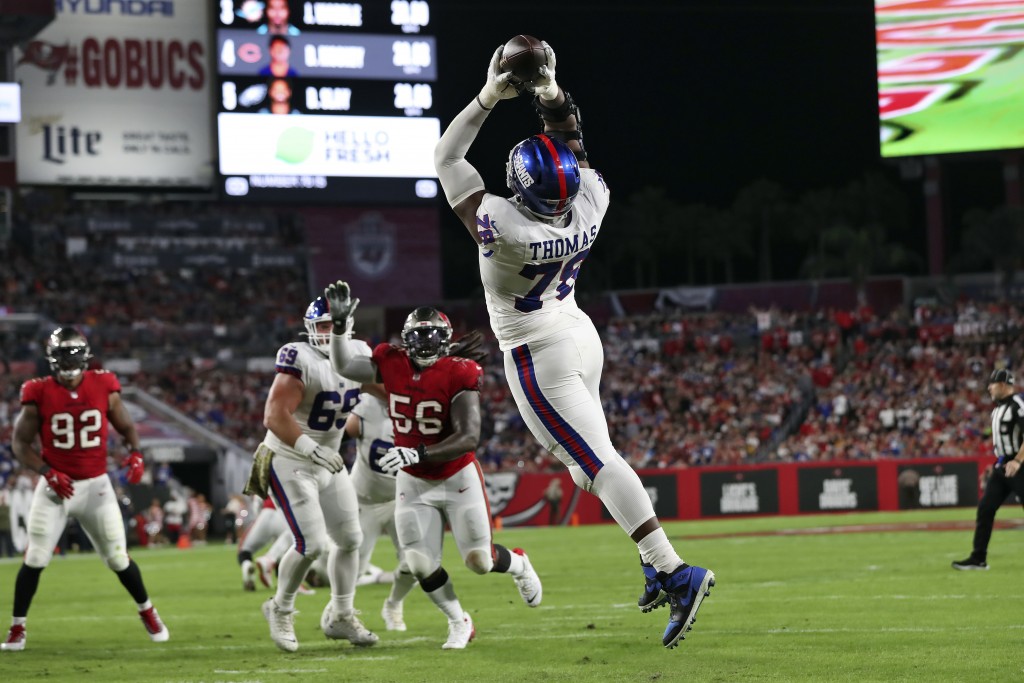 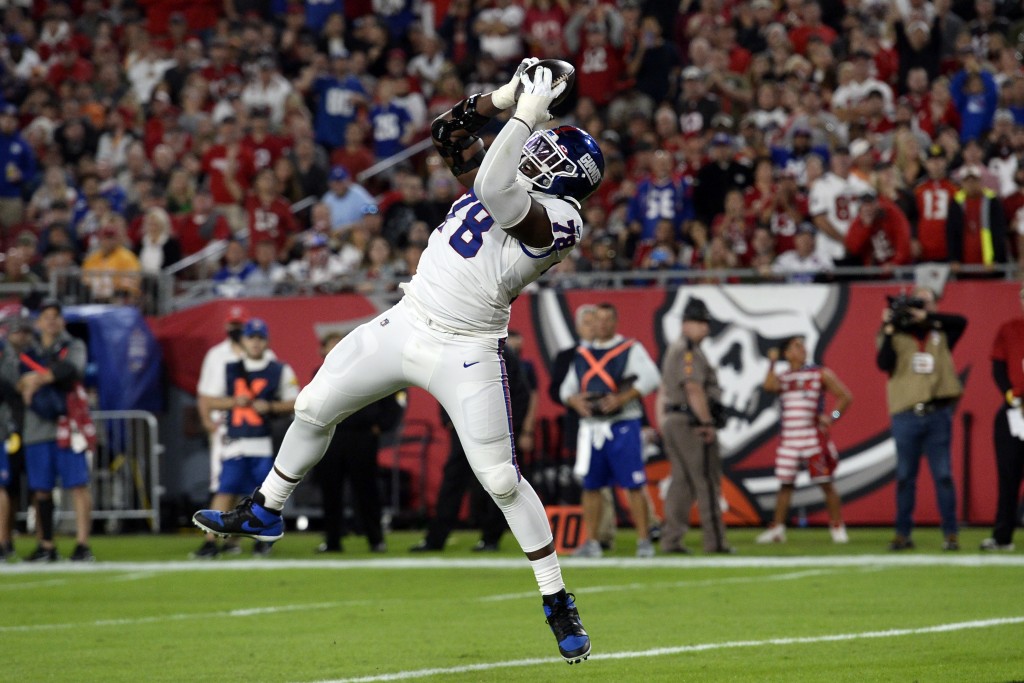 TAMPA, Fla. (AP) — The New York Giants got the ball to start the second half down just 17-10 against the Super Bowl champion Tampa Bay Buccaneers.

A failed fourth-down play at the Bucs 25 on the opening drive and an interception on the ensuing possession left the Giants trailing by 17 in what ended up a 30-10 loss Monday night.

Questions again were raised during coach Joe Judge’s postgame media session about offensive coordinator Jason Garrett and whether he will remain in that role.

Judge declined to address Garrett’s status or any other possible changes.

“We’ll assess everything as a team, make any move we need to,” he said.

Judge did place blame for the defeat squarely on the coaching staff.

“We certainly didn't execute, didn't do what we were planning to do going into the game,” said quarterback Daniel Jones, who was 23 of 38 for 167 yards and two interceptions. “There wasn't much that was good."

“We've got to look at it and we'll see it on film," he added. "We'll see exactly what we have to do better. Certainly a lot to look at, a lot to improve on.”

Judge went to his bag of tricks in the first half.

Andrew Thomas, a 6-foot-5, 315-pound offensive lineman, returned from foot and ankle injuries and made a leaping catch on a 2-yard touchdown pass from Jones early in the second quarter that tied it at 10. Wide receiver Kadarius Toney threw a deep pass that resulted in a pass interference call that was reversed after a conference by the on-field officials.

Tampa Bay eliminated any momentum the Giants gained after Thomas' score by putting together an eight play, 71-yard touchdown drive.

In the end, the Giants just couldn’t keep up with seven-time Super Bowl champion quarterback Tom Brady and the Bucs offense. Brady went 30 for 46 for 307 yards, two touchdowns and one interception.

And now for the Giants, the speculation about change continues.

“Really not too much focus on that,” Thomas said. “Coach's call.”

“Obviously a tough loss,” he added. “We're going to rally together.”

NOTES: RB Saquon Barkley, who missed the previous four games with an ankle injury, returned and rushed for a team-high 25 yards on six carries. … TE Kyle Rudolph left with an ankle injury. … New York has lost 10 straight games in prime time, including at Washington and Kansas City this season. ... The Giants are 13-20 in games after the bye week, which was re-introduced in 1990.