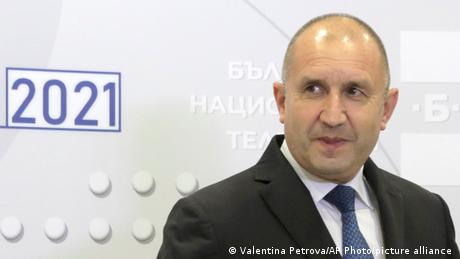 The United States said it was "deeply concerned" on Monday by the recent remarks of newly reelected Bulgarian President Rumen Radev in a recent televised presidential debate in which he referred to Crimea as "Russian."

"The United States, G7, European Union and NATO have all been clear and united in our position that, despite Russia's annexation and ongoing occupation, Crimea is Ukraine," the US embassy in the Bulgarian capital, Sofia, said in a statement.

The US embassy noted that EU member Bulgaria was one of many allies that affirmed at the Crimea Platform summit in August that Crimea is "an integral part of Ukraine and that we do not and will not recognize Russia's efforts to legitimize its illegal seizure and occupation of the peninsula."

In a presidential debate last week, Radev referred to Crimea as "currently Russian."

Radev also called on Brussels to restore lines of communication with the Kremlin and said he did not support sanctions against Moscow because he does not believe that they are working.

Ukraine protested his Crimea comments and his domestic opponents pounced, as well.

"We have communicated our deep concern to the Bulgarian government in Washington and in Sofia," the US embassy added in their statement.

Radev had previously said Russia's annexation of Crimea in 2014 was in breach of international law. His supporters argue Radev was trying to please voters who think favorably of Russia during the campaign.

Who is Rumen Radev?

Rumen Radev won a second term in a runoff election on Sunday. He is a former air force commander who once studied at the US Air War College in the state of Alabama.

The presidency in Bulgaria has wide-ranging responsibilities but no formal executive powers in the day-to-day affairs of the state.

The president leads the armed forces and can veto legislation, as well as sign international treaties and name ambassadors and the chiefs of the intelligence and security services.

Radev has pledged that Bulgaria will maintain its role in the NATO alliance.