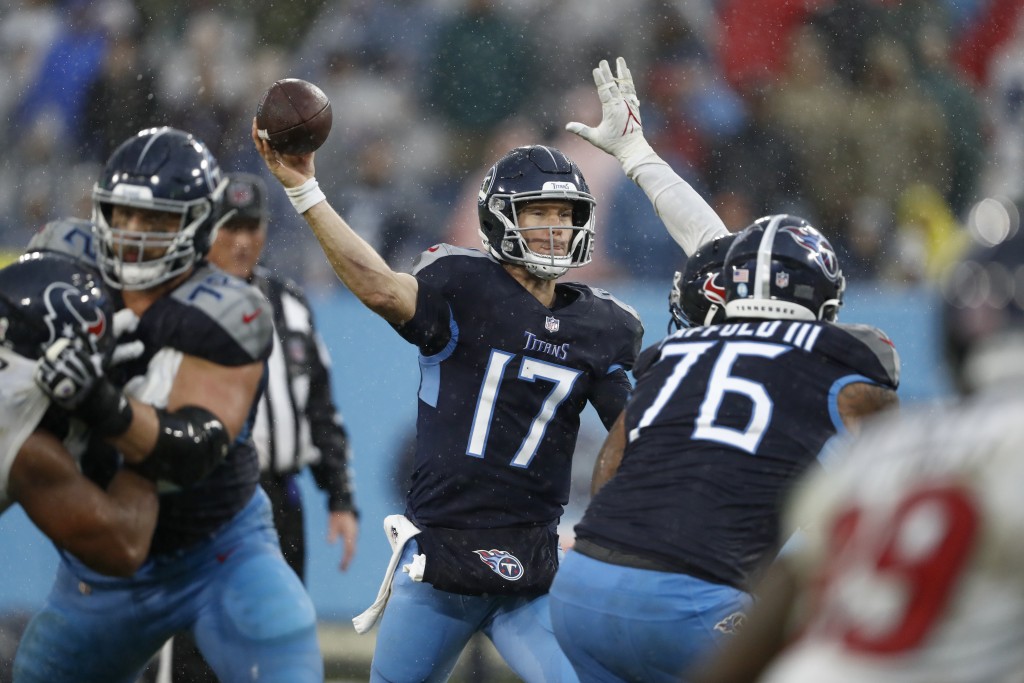 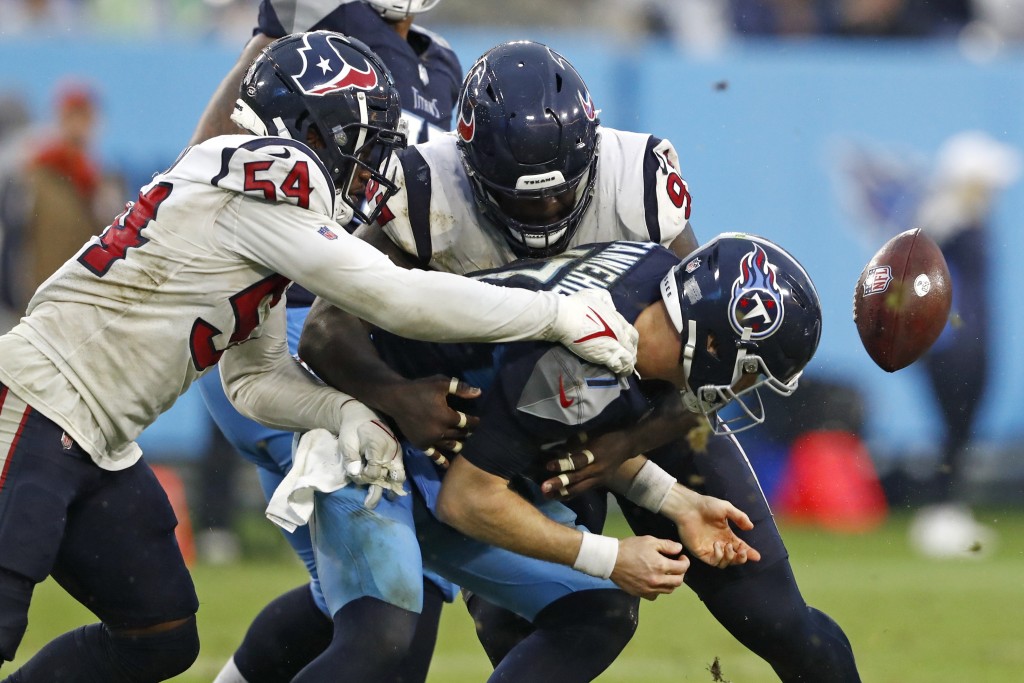 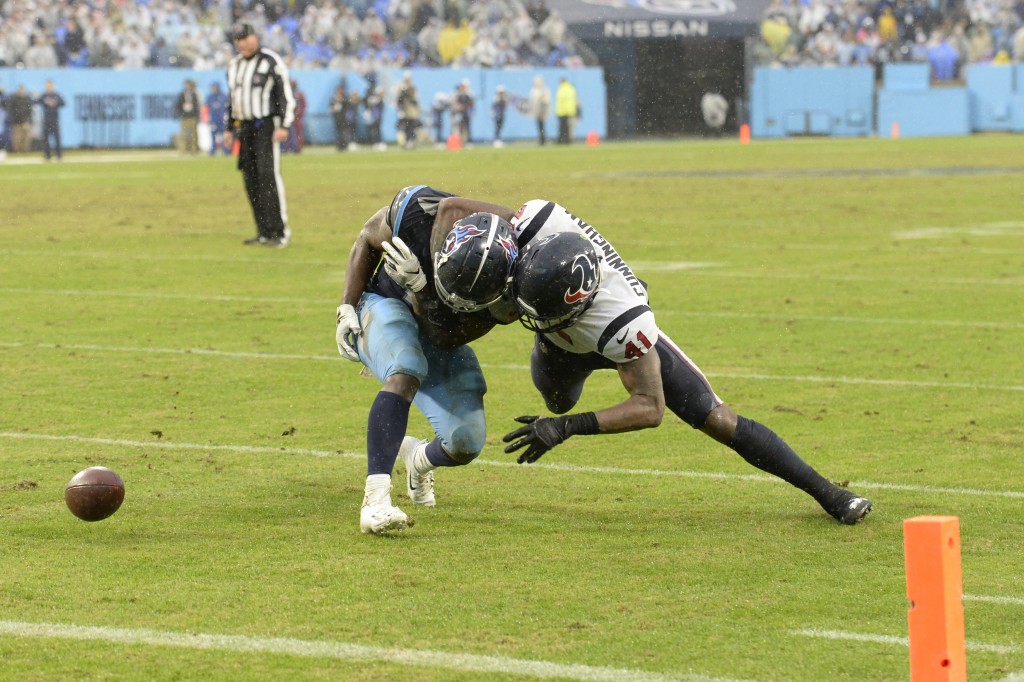 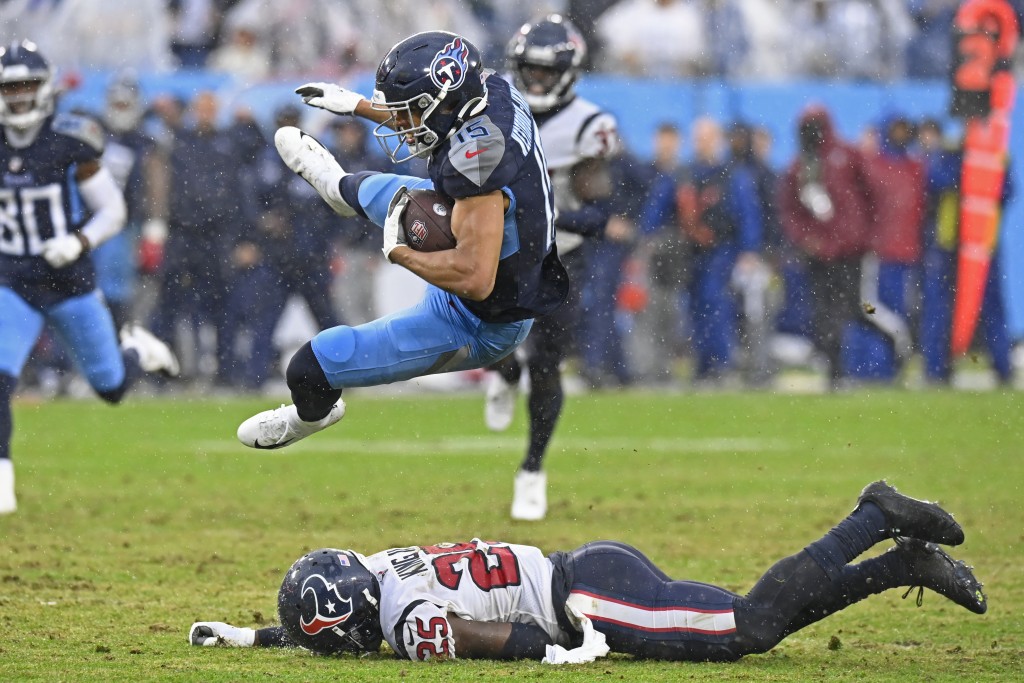 NASHVILLE, Tenn. (AP) — The Tennessee Titans' six-game winning streak is over. The resilience, determination and fight shown through that stretch keeps them a contender even after a sloppy loss.

The Titans (8-3) have lots to clean up after a season-high five turnovers, four off interceptions by Ryan Tannehill, in a 22-13 loss to the Houston Texans.

They’ll still have to prove they can beat a team the Titans are favored against, with two of their three losses to teams with a combined one win at the time they played. But this is a banged-up and battered team that has used an NFL-high 82 players, desperately in need of a bye that remains a week away.

And now the Titans are preparing to visit the surging New England Patriots (7-4) on Sunday.

That might be just the opponent to keep the Titans focused on the task at hand rather than limping into the bye. They play well against good teams, as evidenced by a 7-0 mark against 2020 playoff teams. Though New England didn't get there in its first season without Tom Brady on the roster since 1999.

Even after the loss to Houston, the Titans still have a bit of breathing room atop the AFC and the AFC South. The Patriots, though, are right behind the Baltimore Ravens (7-3) nipping at Tennessee's heels.

Coach Mike Vrabel was clear that the Titans made plenty of unfortunate mistakes across the board Sunday.

“The fact that we were in that game fighting, swinging tells me a lot about our football team, our character," Vrabel said Monday. "Nobody wants to be in that position. We have to do everything we can to avoid being in that type of position. But proud of the effort. We just have to be better.”

The defense. The Titans didn't get a sack for the first time all season, and they did allow Tyrod Taylor to scramble for two touchdowns. But they held the Texans to 190 yards total of offense and allowed only 13 points off five turnovers, giving Tennessee a chance for a comeback the offense never could mount.

The offense. The Titans moved the ball pretty well against Houston and even showed signs of starting to get into rhythm running it in three games without Derrick Henry. But they struggled mightily to finish drives with interceptions, penalties and run plays stopped for losses stopping too many drives.

Receiver Nick Westbrook-Ikhine. The second-year player out of Indiana had the best game of his career, catching seven of eight passes for 107 yards. He's the second receiver to post a 100-yard receiving game in as many weeks.

Tannehill. As the starting quarterback, he takes the brunt of the blame when it comes to interceptions. He also wouldn't discuss whether miscommunication led to some of the picks, but he leads the NFL with 12 interceptions.

The Titans also haven't protected him very well. Tannehill is tied with Chicago's Justin Fields as the league's most-sacked quarterback, having been taken down 31 times through 11 games.

The list just keeps getting longer with 2020 Pro Bowl receiver A.J. Brown knocked out of the game with a chest injury, and wide receiver Marcus Johnson left in the first quarter with an injured hamstring after pulling up in the end zone. That left them with three healthy and available receivers.

“We need a few days to kind of let the dust settle, and we’ll see,” Vrabel said when asked who might be available at wide receiver.

13 — The Titans tied their fewest points in the loss to the Texans, also the points they scored in a season-opening loss to Arizona.

Survive Sunday's trip to New England, then breathe a sigh of relief with the bye Dec. 2. That will allow the Titans time for much-needed rest and recovery for the final five games, which will include a mini-bye after hosting San Francisco on Dec. 23.