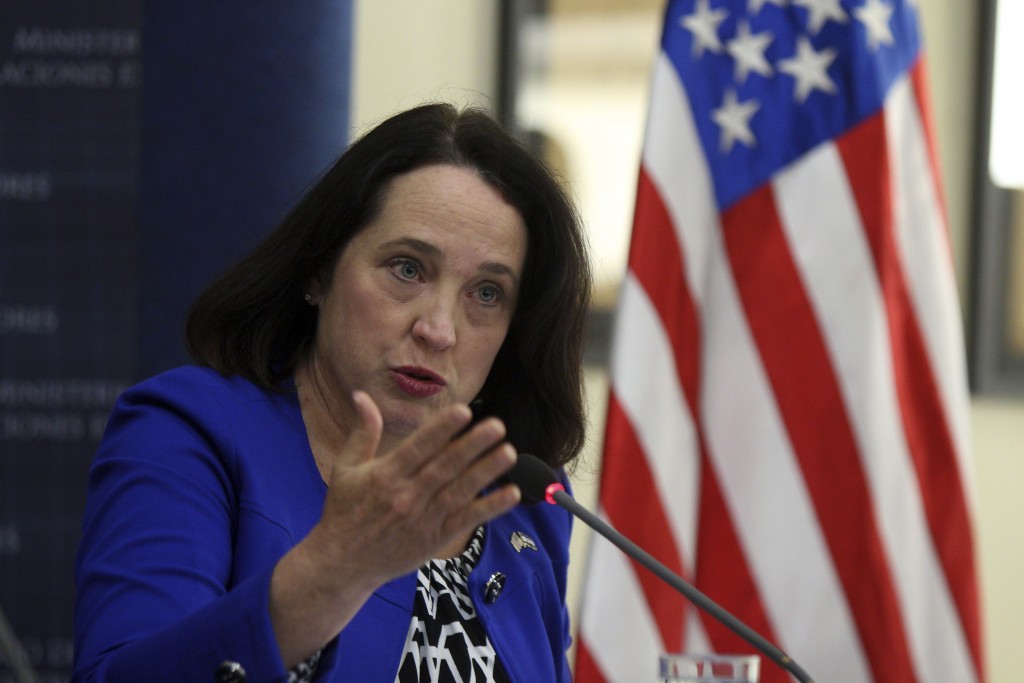 SAN SALVADOR, El Salvador (AP) — The United States’ top diplomat in El Salvador announced Monday that she is leaving the post, adding that the government of President Nayib Bukele “is showing no interest” in improving the bilateral relationship.

The departure of Jean Manes, who was once seen as a potential bridge to better relations, appears to emphasize the deteriorating ties between the two countries as Bukele gathers increasing power.

Manes had previously served as U.S. ambassador to El Salvador from 2016 to 2019, but was asked to return in May as the interim chargé d’affaires at a time when critics expressed concern Bukele was showing authoritarian tendencies.

Manes told journalists Monday that she was returning to her position as civilian deputy commander at U.S. Southern Command. The El Salvador posting was only supposed to be three months and she had stayed for six.

“Why am I going to stay here if we don’t have a counterpart at this time?” Manes said. “When El Salvador wants to talk, our doors are always open.”

Manes had known Bukele when he was elected, so there had been hope she would serve as a line of communication in the weeks after voters gave Bukele’s New Ideas party control of the congress. The new lawmakers immediately replaced the justices of the constitutional chamber of the Supreme Court and attorney general.

“They sent me as a bridge and the government has decided to not take it,” Manes said.

Bukele’s office did not immediately respond to requests for comment.

Initially, Manes said she had regular private meetings with Bukele. The sides were still talking when Bukele’s new attorney general announced the government was cancelling the Organization of American States anti-corruption mission Bukele had requested, access to public information was reduced and more than 200 judges and prosecutors were removed under new caps on age and years of service, Manes said.

The diplomat said that eventually pro-government media soon began attacking her and the U.S. government.

The U.S. responded to the consolidation of power by shifting funds from the U.S. Agency for International Development away from government agencies and to nongovernmental organizations. Bukele recently criticized the U.S. for giving some $300 million to such organizations, including some he says oppose his government.

Manes criticized Bukele’s government for not fulfilling an extradition agreement to send members of the MS-13 gang to the U.S. for trial.

In May and July, the U.S. government published lists of allegedly corrupt officials in Central America that included the name of Bukele’s Chief of Staff Carolina Recinos.