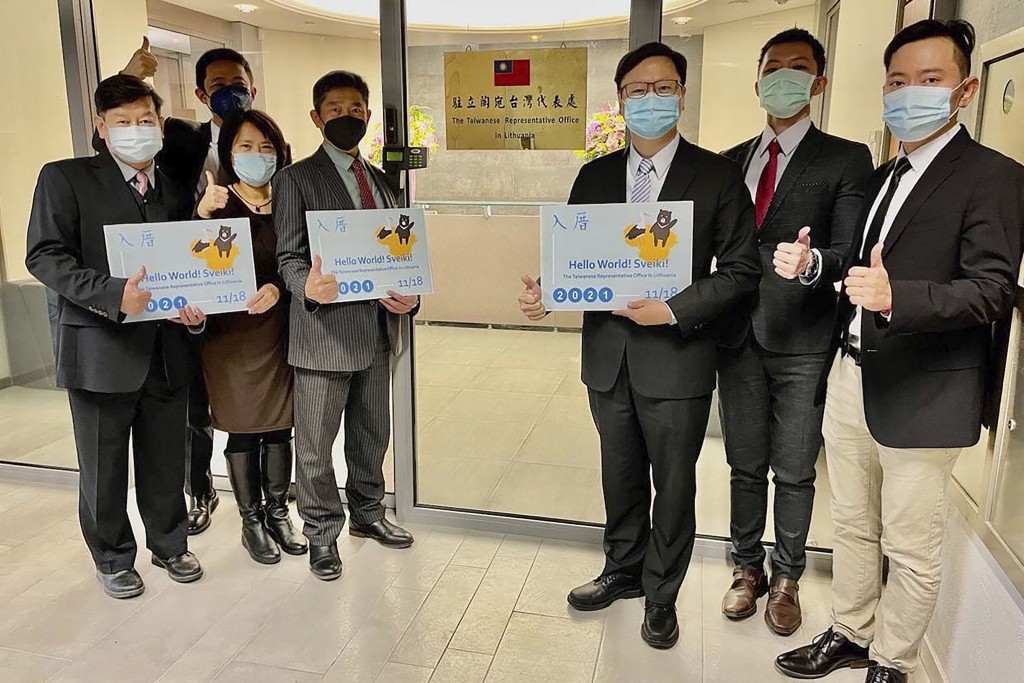 BEIJING (AP) — China on Monday demanded Lithuania end its newly enhanced relationship with Taiwan that has already prompted Beijing to downgrade diplomatic ties from the ambassadorial level with the EU-member nation.

Foreign Ministry spokesman Zhao Lijian said Lithuania should “immediately put right its mistake" of allowing the self-governing island that China claims as its own territory to open a de-facto embassy in the Baltic nation under the name Taiwanese Representative Office.

Zhao told reporters at a daily briefing that the EU member-state should not "underestimate the Chinese people’s strong resolve, will and capability to defend national sovereignty and territorial integrity.”

China and Taiwan split amidst civil war in 1949 and Beijing threatens to use force to bring the island under its control.

The Chinese Foreign Ministry on Sunday said relations would be downgraded to the level of charge d’affaires, an embassy’s No. 2 official. China earlier expelled the Lithuanian ambassador and withdrew its own ambassador from Lithuania.

Zhao said “it is apparent that Lithuania was instigated by certain big powers to get to where it is today, but the decision was made at the expense of Lithuania’s own interests," a likely reference to China's chief rival the United States or major European nations with whom Beijing's relations have recently deteriorated.

Beijing refuses to have official relations with governments that recognize Taiwan as a sovereign country and has whittled down the number of the island's diplomatic allies to just 15.

However, many governments, including the United States and Japan, have official diplomatic ties with Beijing while maintaining extensive informal relations with Taiwan. Lithuania says it plans to open its own representative office in Taiwan.

The country's move appears to show how Beijing's increasingly aggressive foreign policy is prompting a backlash in global capitals, expressed partially in a growing willingness to engage with Taiwan, which benefits from its high-tech economy and thriving multi-party democracy.

In Lithuania's capital Vilnius, the Foreign Ministry expressed regret over China‘s decision to downgrade diplomatic ties. In a written statement distributed on Sunday it said that Lithuania respected Beijing’s policy toward Taiwan, but also has the right to expand its ties with this island.

“It is a victory for the free world that we can finally speak freely about freedom and name things with our own names. I hope other European nations would follow this path,” said Zygimantas Pavilionis, a member of ruling Conservative Party.

“Lithuania is one of our closest partners and we are friends, so we hope that what Lithuania is doing is in the interest of this state. We strongly support all Lithuanian actions, including on this issue” Morawiecki said in Vilnius Sunday.