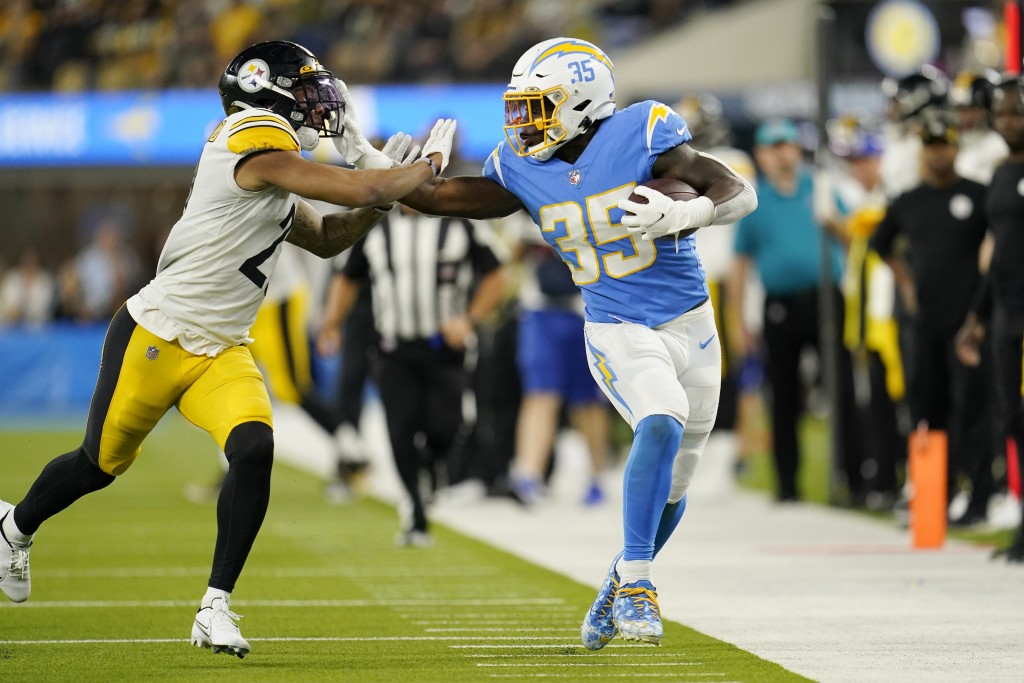 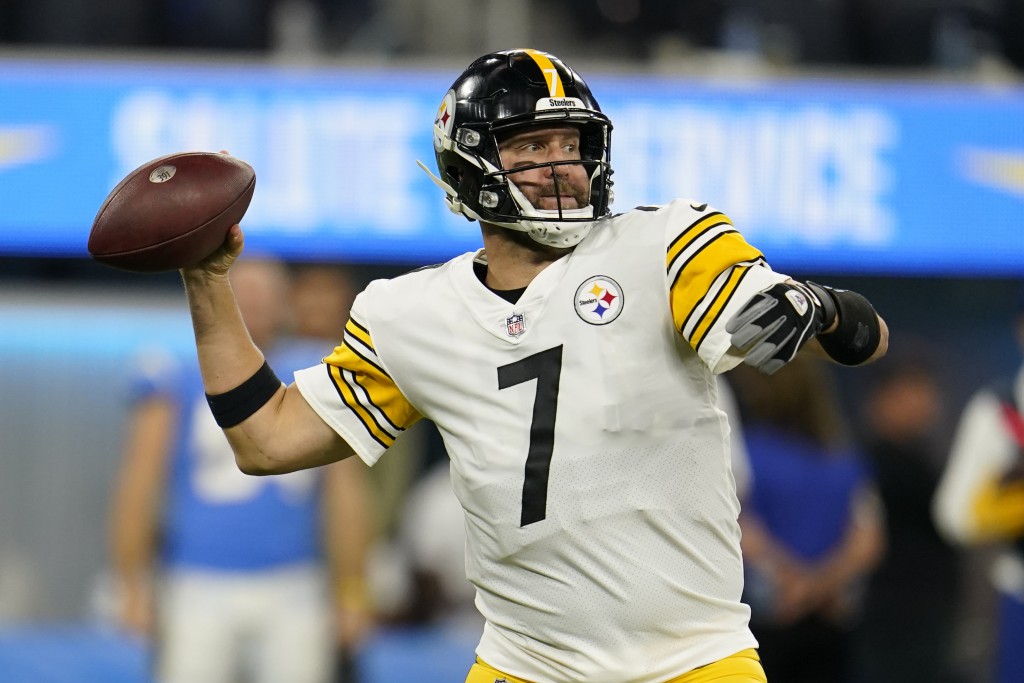 INGLEWOOD, Calif. (AP) — Only one Steelers defense during coach Mike Tomlin's 15-year tenure ever gave up more yards than the patchwork group that got shredded by Justin Herbert and the Chargers on Sunday night.

Los Angeles scored on its first five drives and took a 17-point lead into the fourth quarter. By the time the Chargers were done, they had racked up 533 yards — the most given up by Pittsburgh's proud defense since 2013, and one of the worst performances in the history of a franchise founded in 1933.

Yet this beleaguered group still stepped up and made two huge plays in the waning minutes of the fourth quarter to facilitate an improbable rally by the Steelers (5-4-1). Thanks to Cameron Sutton's diving interception and a gritty fourth-down stop 53 seconds apart, Pittsburgh turned a seven-point deficit into a three-point lead with 3:24 to play.

But when asked to get one last stop, the Steelers' defense gave up 75 yards and the winning touchdown in three regrettable plays.

“I know we got the lead late, but man, we didn’t get off the field, and that’s going to bug me,” said Steelers defensive tackle Cameron Heyward, who deflected a pass about 30 feet in the air to a diving Sutton with 4:36 left.

The 41-37 loss will loom large in the Steelers' defensive record books, yet they hope it will be a growing experience for the youngsters and backups forced into action during Pittsburgh's first loss since Oct. 3.

“I appreciate the way they stayed in it together and fought, but it was obvious we didn’t have a good enough plan tonight with our current makeup and state,” Tomlin said. “We couldn’t get enough stops defensively. We couldn’t apply pressure with our four-man rush or keep (Herbert) in the pocket. We weren’t good enough in coverage with less than seven. We’ve got to get back to the drawing board and put them in better position to be successful with the people we have at our disposal. It was challenging tonight, but we make no excuses.”

Ben Roethlisberger’s return from a bout with COVID-19 couldn't make up for the Steelers’ absences on defense. Pittsburgh was missing star edge rusher T.J. Watt (hip and knee), starting safety Minkah Fitzpatrick (reserve/COVID-19 list) and starting cornerback Joe Haden (foot), forcing changes to a starting group that had been fairly healthy until recently.

The upheaval clearly affected the Steelers while they struggled to get off the field for the first three quarters in Inglewood: Herbert moved Los Angeles at least 50 yards on five straight drives in the first three quarters. The Bolts went at least 70 yards on three early drives that all ended in touchdowns by Austin Ekeler, who then scored his fourth TD after a 75-yard drive in the fourth quarter.

“The biggest thing is just fight,” Sutton said. “Guys step into opportunities and roles that they’re obviously not in all the time, but there’s no drop-off. You’ve just got to stand up. Everybody prepares to go into the week as a starter, as they should. No one is going into a situation wide-eyed, not knowing what to expect. We’ve got to play our brand of football, play for each other and find ways to close games.”

In Watt’s absence, Herbert largely stayed comfortable in the pocket, and that’s bad news for any defense. The Chargers’ second-year quarterback has exceptional touch when he can set his feet, and he picked apart the Steelers for 271 yards passing in the first three quarters.

Alex Highsmith filled in for Watt as an edge-rushing linebacker, and he got 1 1/2 of the Steelers' two sacks — but it wasn’t enough.

After the offense and special teams put the Steelers improbably ahead, the defense had the chance to seal it. Just 75 seconds later, Mike Williams broke free down the Chargers' sideline and hauled in the winning TD.

The Steelers were disgusted by the final mistake in a game full of them, but they vowed to use this disappointment.

“We had a call on,” Sutton said. “I’m not going to get into the specifics of the call. We just didn’t execute the call. At a critical point of the game, we’ve got to all be on the same page. We just didn’t get it done.”