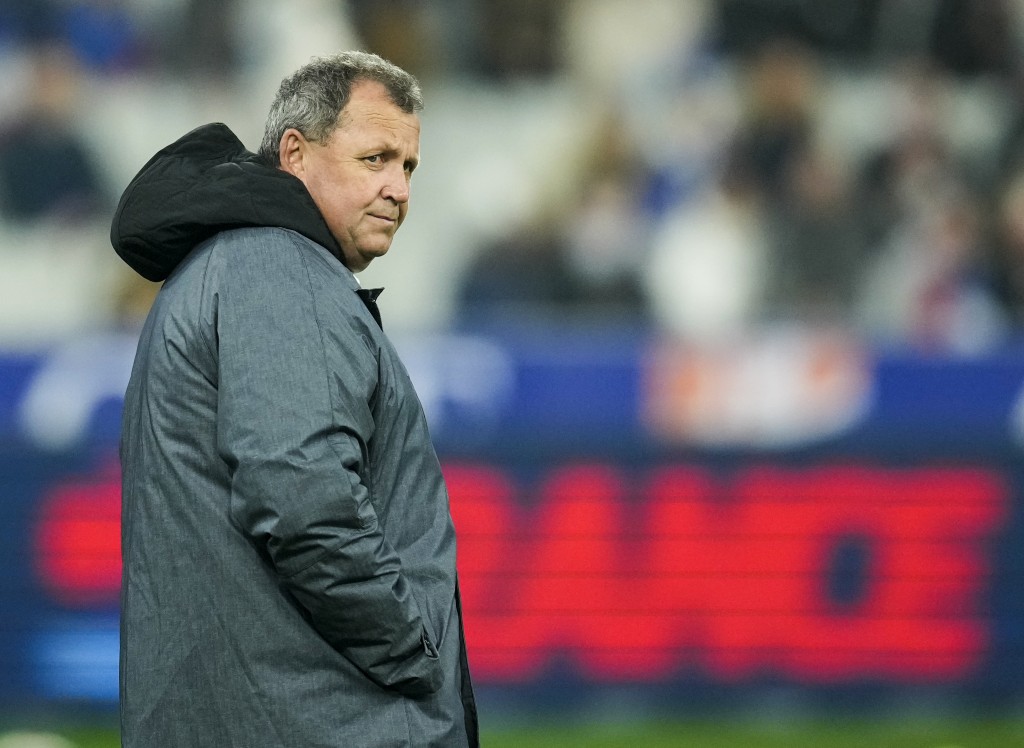 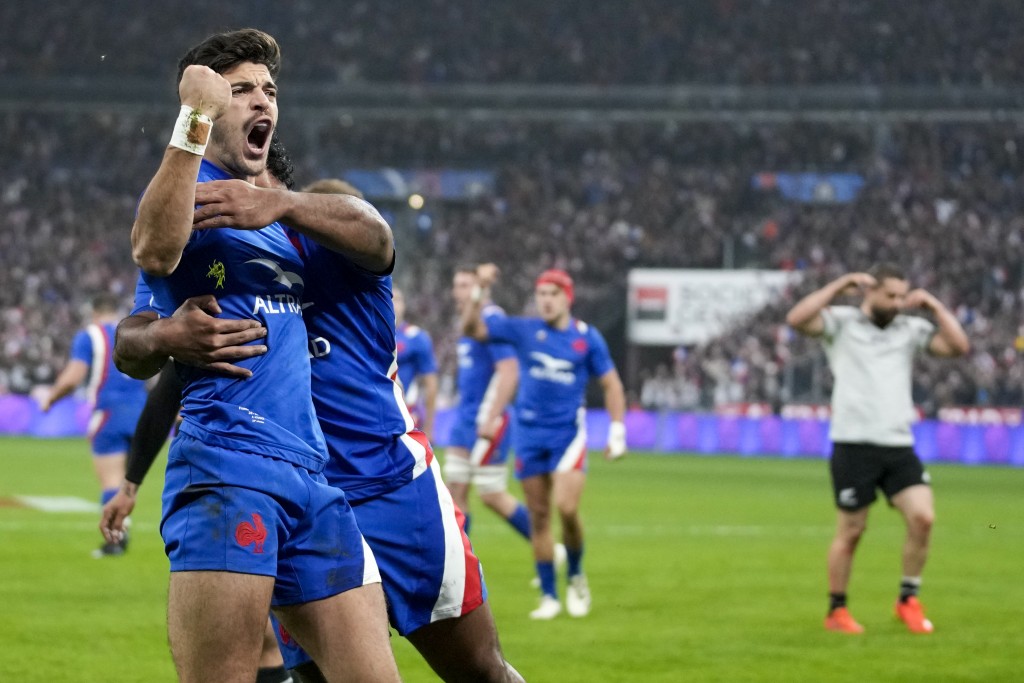 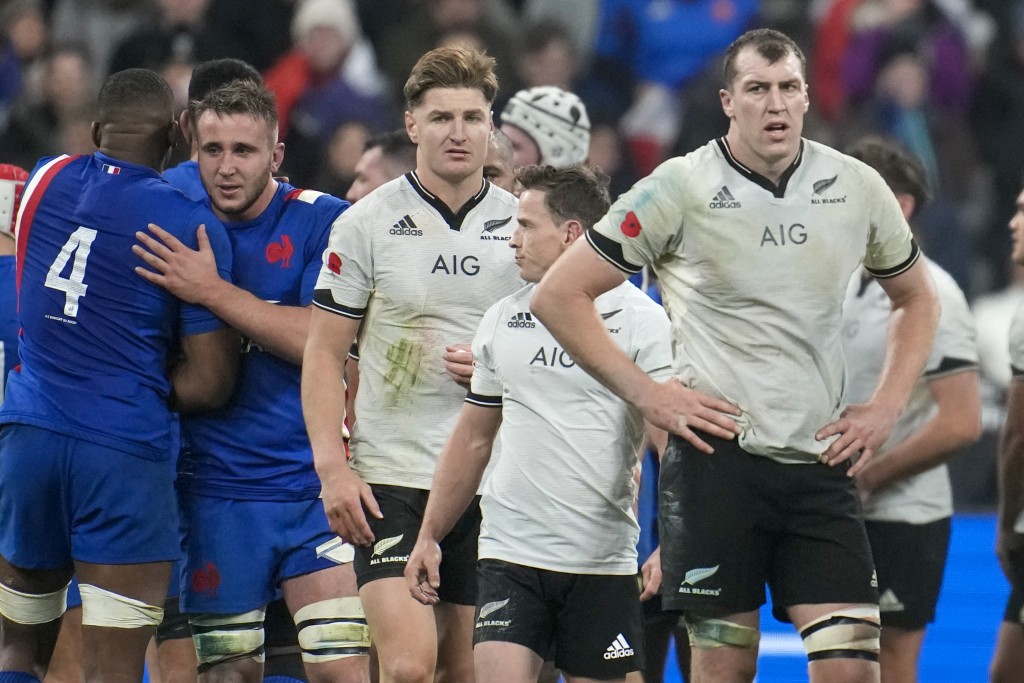 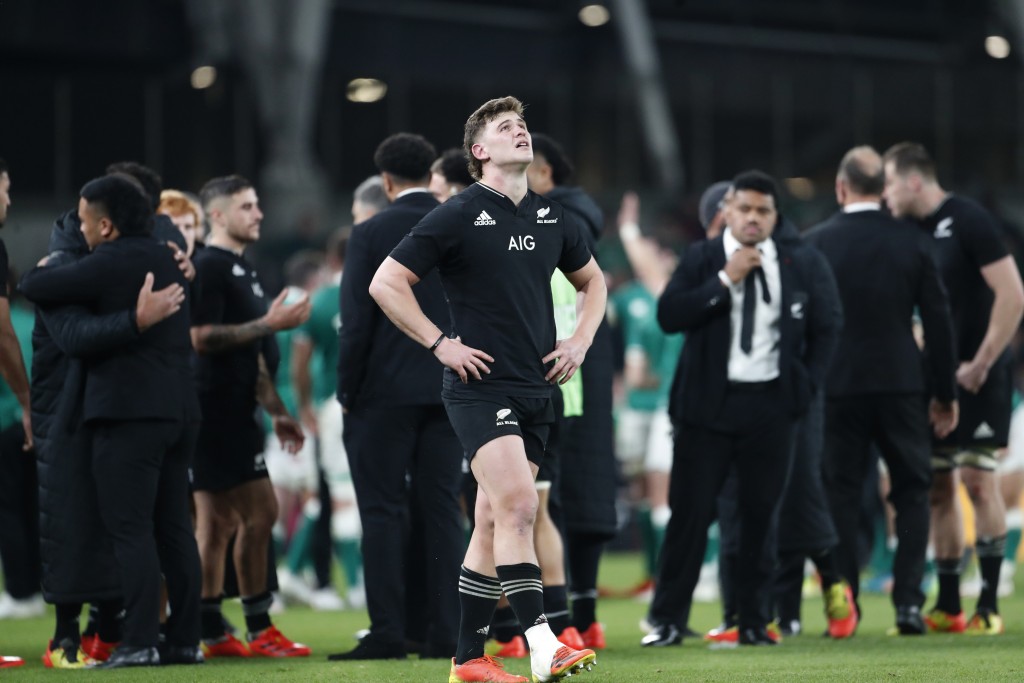 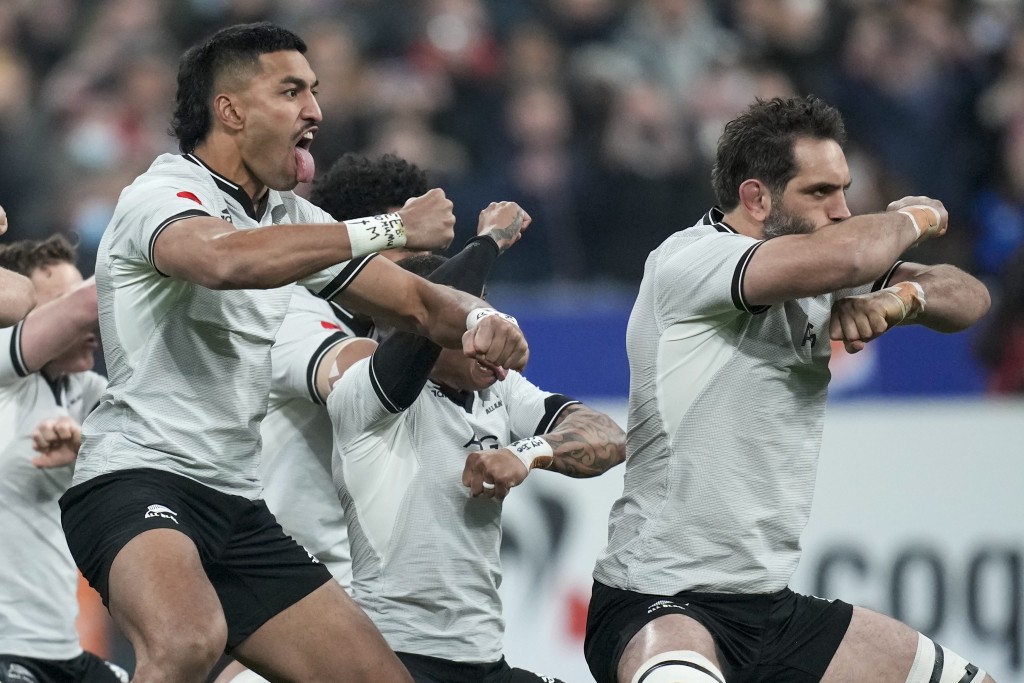 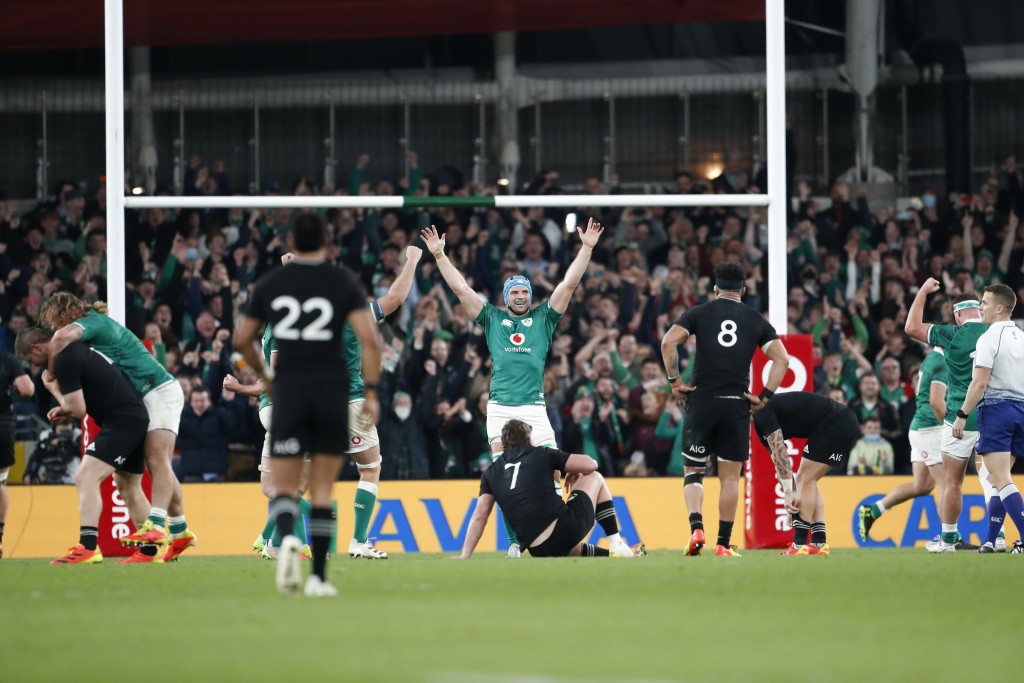 WELLINGTON, New Zealand (AP) — The backlash was swift and predictable. The final whistle had just blown on the All Blacks’ season-ending loss to France in Paris on Saturday when calls for the dismissal of head coach Ian Foster began to trend on social media.

The 40-25 loss was the All Blacks’ first to France in 14 matches, and their first in Paris in 43 years. It followed a 29-20 loss to Ireland a week earlier, marking the first time in 22 years the All Blacks have lost the last two tests of a season.

New Zealand fans are among the most loyal in the world but also the most demanding. Players quickly learn that when they play for a team which has one of the best win-loss records in world sport they are expected to win every time. Losses are not well received.

On the face of it, the All Blacks’ season wasn’t too bad: they won 12 of 15 test matches, all the time operating in challenging circumstances. Players were on the road for almost three months — 87 days — before Saturday, playing 13 tests in 10 weeks while living in a strict COVID-19 bubble which restricted interaction with anyone outside the squad and staff.

While players have now returned to New Zealand, they will have to spend time in managed isolation before being reunited with their families.

The All Blacks’ record in 2021 compares favorably with those of their major rivals: the World Cup champion Springboks lost five matches this season and Australia lost seven. But many All Blacks fans are still dissatisfied, not so much at the fact of the losses to Ireland and France but at the nature of the defeats.

The All Blacks were outplayed in both matches, beaten upfront where they weren’t able to compete with stronger and more organized forward packs. Their talented backline was stifled by tight defense which forced them into errors.

That followed the pattern of losses to Ireland in Chicago in 2017 and England in the semifinals of the 2019 World Cup. The All Blacks won one and lost one of two tests against South Africa in this season’s Rugby Championship but were forced to operate with a minority share of possession in both matches, outgunned by the superior Springboks pack.

The heat has immediately come on Foster, who was not a universally popular appointment when he took over as head coach from Steve Hansen after the 2019 World Cup. Foster was seen by some fans to have inherited his position rather than earned it when he was appointed ahead of Scott Robertson, who has led the Christchurch-based Crusaders to five Super Rugby titles.

In August, Foster’s initial two-year contract was extended by New Zealand Rugby to run through the 2023 World Cup. The All Blacks will face France in Paris in the opening match of that tournament and Saturday’s loss has caused some fans to question whether Foster is the right coach for the job.

New Zealand Rugby was supportive of Foster on Monday but said a review of the All Blacks’ season is underway and likely will conclude early next year.

NZR's head of professional rugby, Chris Lendrum, noted that 2021 was a “long and arduous” season.

“But we support (Foster) and the team and we are just looking forward to getting them home and getting into the work that we need to do so we can improve next year,” he said. “When you look at the overall year and you look at what we have achieved I think, when you look at the context, that there has been quite a significant growth from last year.”

Foster also pointed to the difficulties the All Blacks faced in spending such a long time on the road.

“I know that we get judged harshly,” he said. “But if I reflect on the year, we’re making progress. We’ve got a good brace of players that we’re growing, but we’re also learning some tough lessons at the end of this long season.”