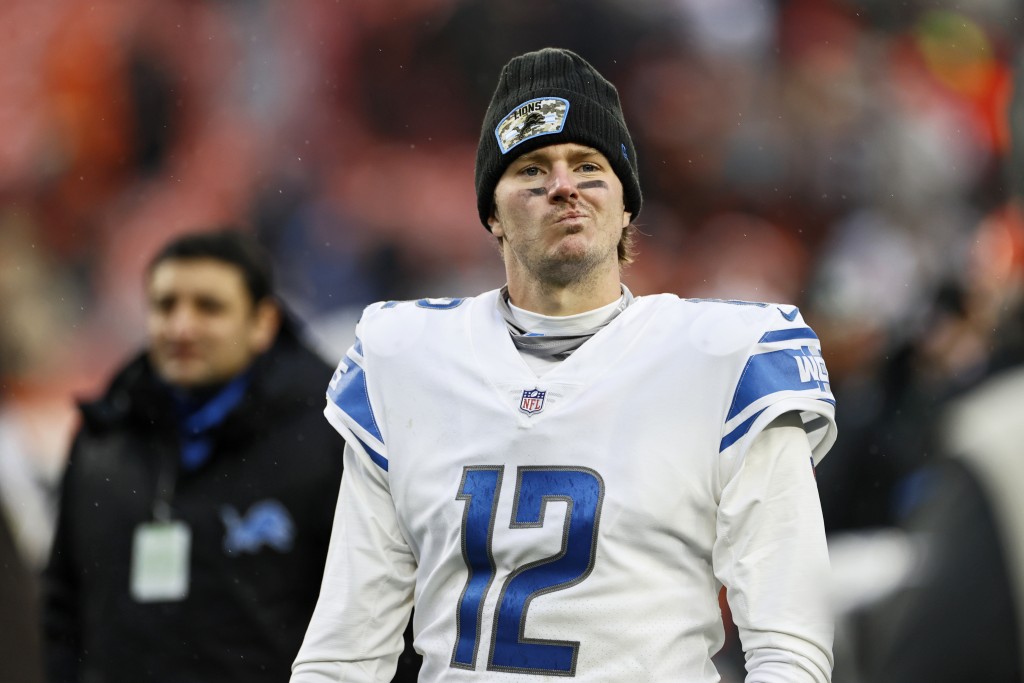 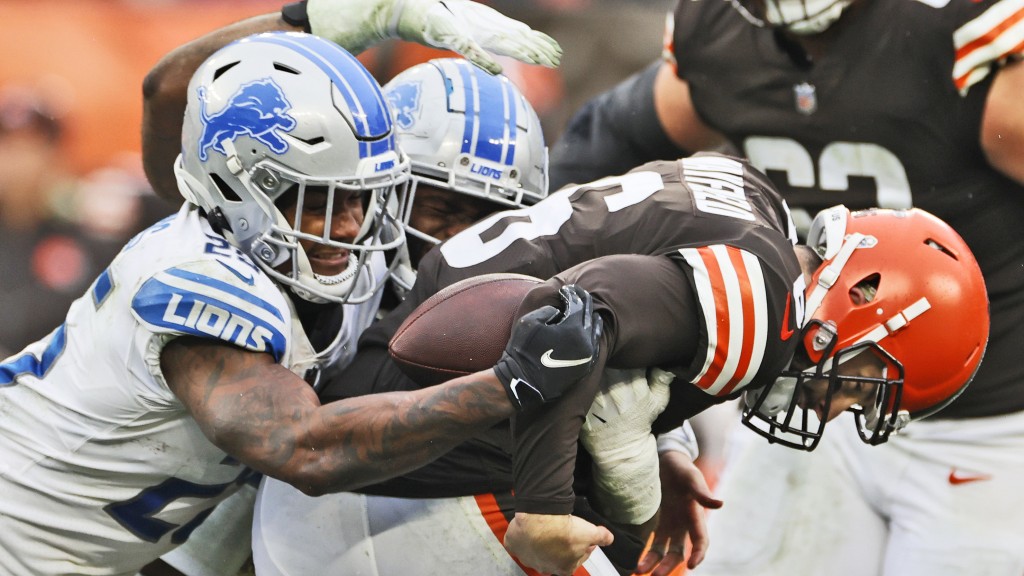 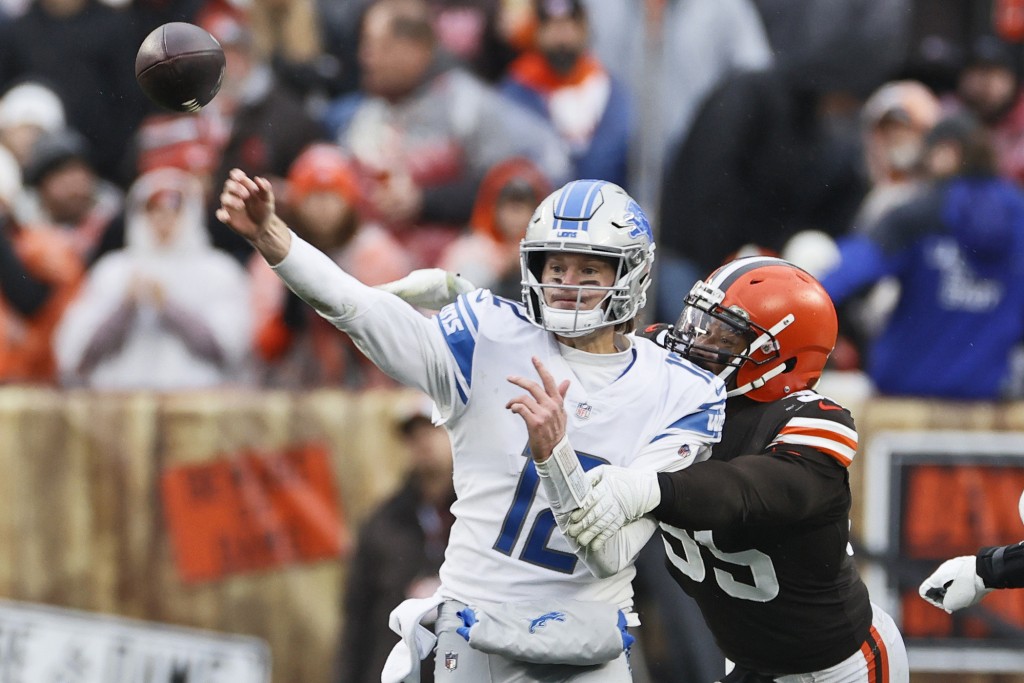 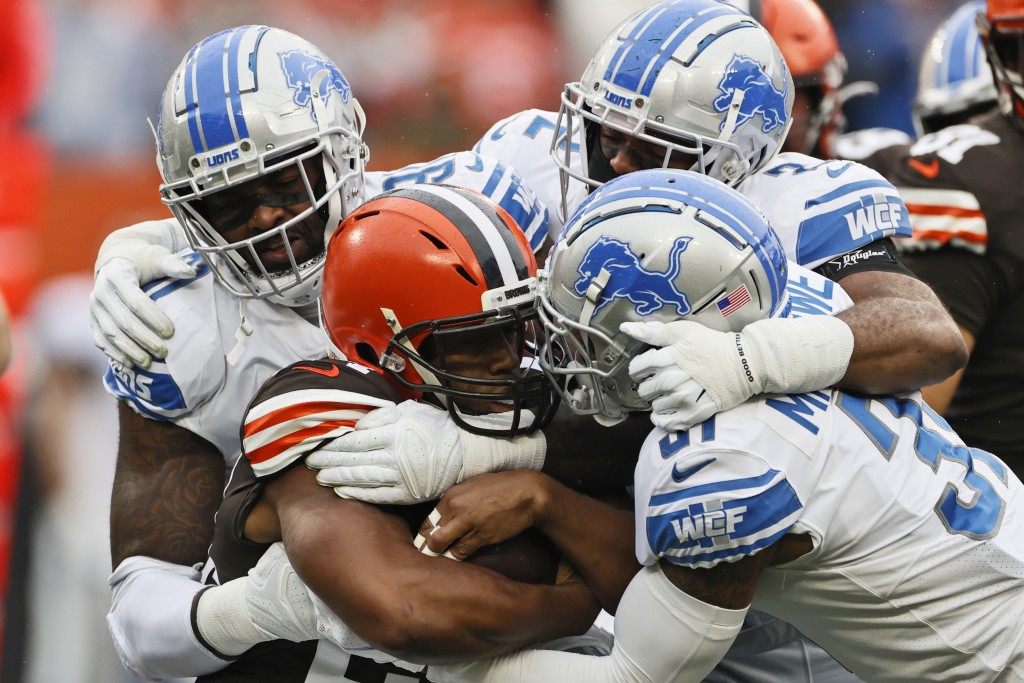 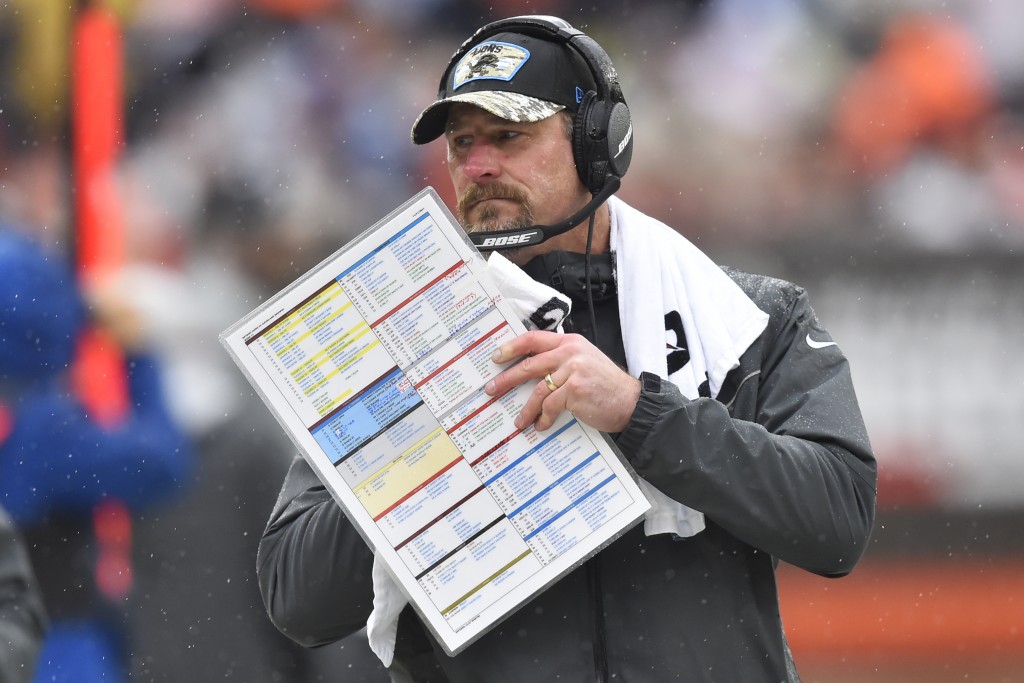 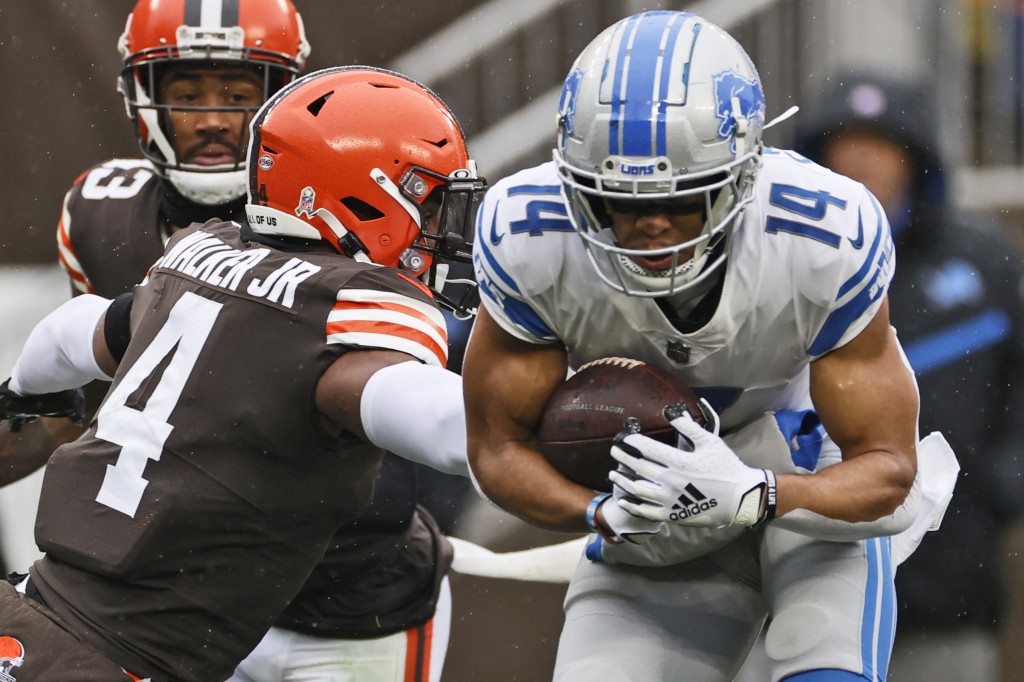 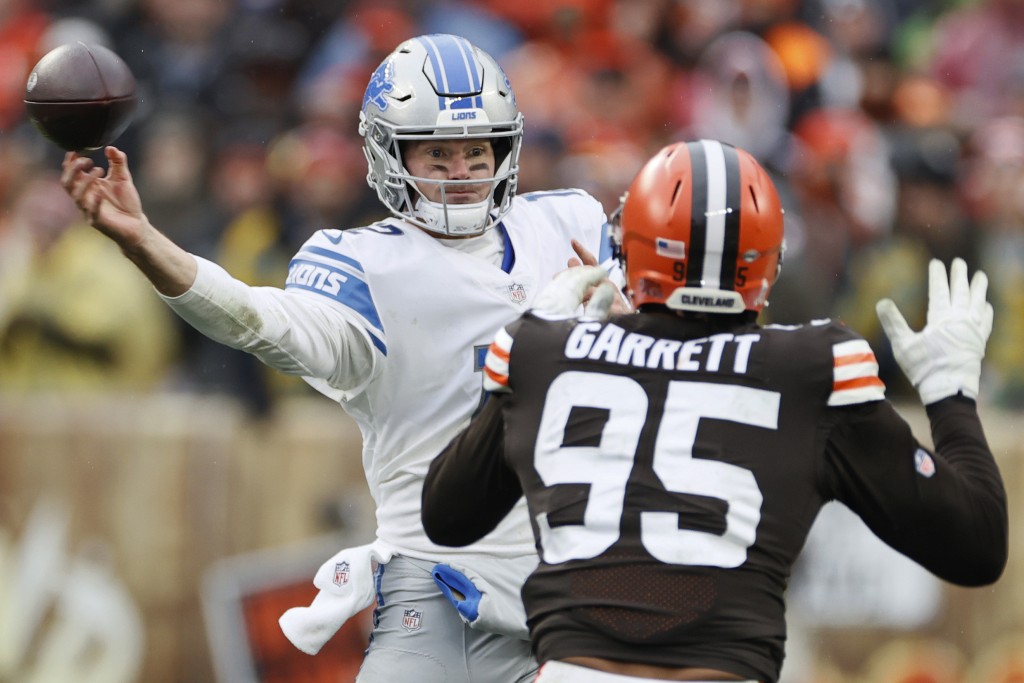 CLEVELAND (AP) — A change at quarterback did nothing, and the Detroit Lions were plagued by many of the same problems they've had all season.

Unable to get one more big play down the stretch and thwarted by coach Dan Campbell's conservative approach in the final minutes, the Lions fell 13-10 on Sunday to the Cleveland Browns, who leaned on star back Nick Chubb to run out the clock in the final minutes.

“It’s crazy because you’d think we’d be down and out, but we know we’re going to be on the other side at some point," cornerback Amani Oruwariye said. “I’ve been around winning before and I know we’re close.”

The NFL's only winless team, the Lions have gone 14 straight games without a victory.

Down 13-0 at halftime, the Lions got a 57-yard touchdown run from D'Andre Swift, who finished with 130 yards, in the third quarter to send a chill through the bundled-up FirstEnergy Stadium crowd on a gray, wet afternoon.

However, the Lions failed to capitalize and had to settle for Aldrick Rosas' 43-yard field goal.

The Lions' defense forced Cleveland to punt for the fourth time in the second half and got the ball back before Campbell inexplicably punted on 4th-and-9 with 2:36 left.

Detroit never touched the ball again. The Browns ran out the clock after Chubb busted off an 11-yard run on third-and-3 with two minutes to go.

“I thought we’d get the ball back,” Campbell said. "I’m sure there are people who consider me too conservative, but you’ve got to be careful and you’ve got to be smart. We’re trying to win games 14-13 or 16-13.”

The Lions only had seven penalties, but one was a momentum-drainer that happened during the changeover between the third and fourth quarters. Left guard Jonah Jackson was called for unsportsmanlike conduct after making a comment to Browns defensive end Jadeveon Clowney.

So instead of starting at Cleveland's 42, the Lions began their drive with a 1st-and 25 at their 43.

“It was a costly penalty. It hurt and he knows it," Campbell said. “He said something you often hear on the field, something about somebody’s mother. But there was a lot of talking going on. Even when I was getting told the explanation (by the referee), I heard a lot of talking.”

The Lions played without starting quarterback Jared Goff, who sat out with an oblique injury that could keep him sidelined Thursday against Chicago as well.

Backup Tim Boyle made his first career start and finished 15 of 23 for 77 yards with two interceptions. The 27-year-old former understudy to Aaron Rodgers in Green Bay didn't do enough to keep the Browns' defense off-balance.

“I’m not disappointed in the kid,” Campbell said. “He was solid and he ran the offense well. He was a little rusty, obviously. It’s tough to get anybody in rhythm when you can’t get first downs.

“It’s no secret we need to be better in the passing game, but I didn’t want to throw this kid to the wolves today, either.”

Campbell made it clear he won't hesitate to play Boyle again.

“If Goff can go, he’s going (to start)," Campbell said. "We’ll see where Goff is at, but I’ll tell you, if Tim is in there again, he’ll be better than he was today because he was better in the fourth quarter than he was in the first.”

Boyle, who was only activated from injured reserve on Friday after having surgery on his thumb, was upset by the loss but felt he gained something bigger.

Swift was again Detroit's brightest star. He's got 266 yards in the past two games, but not a win.

“Nobody likes to lose,” he said. “We want to win, so it's frustrating. I definitely feel like I'm not doing enough because we're not winning.”