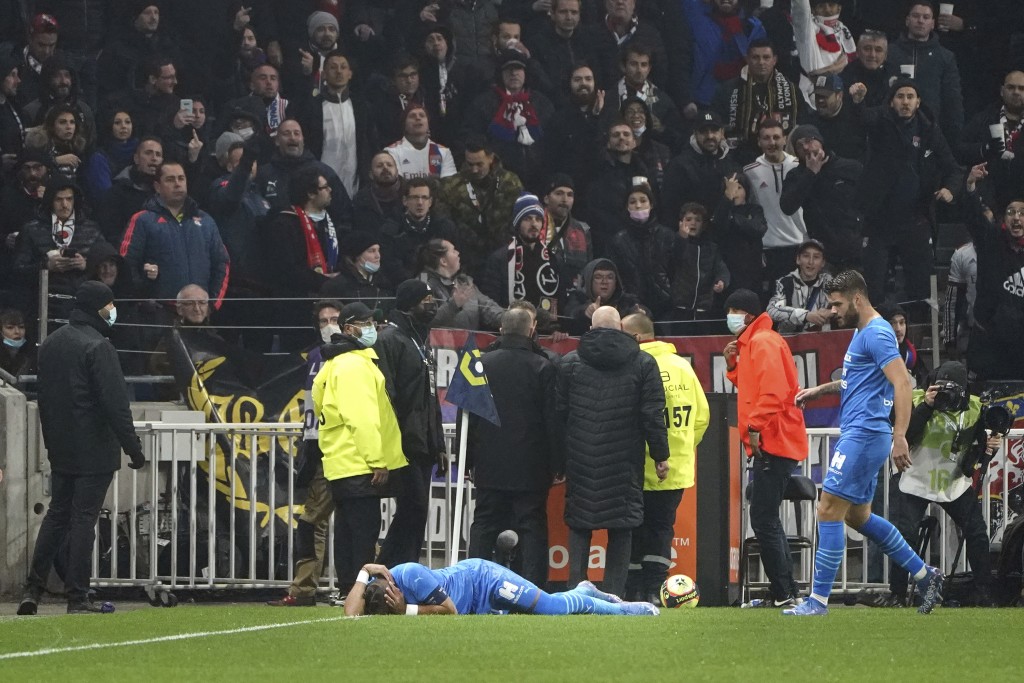 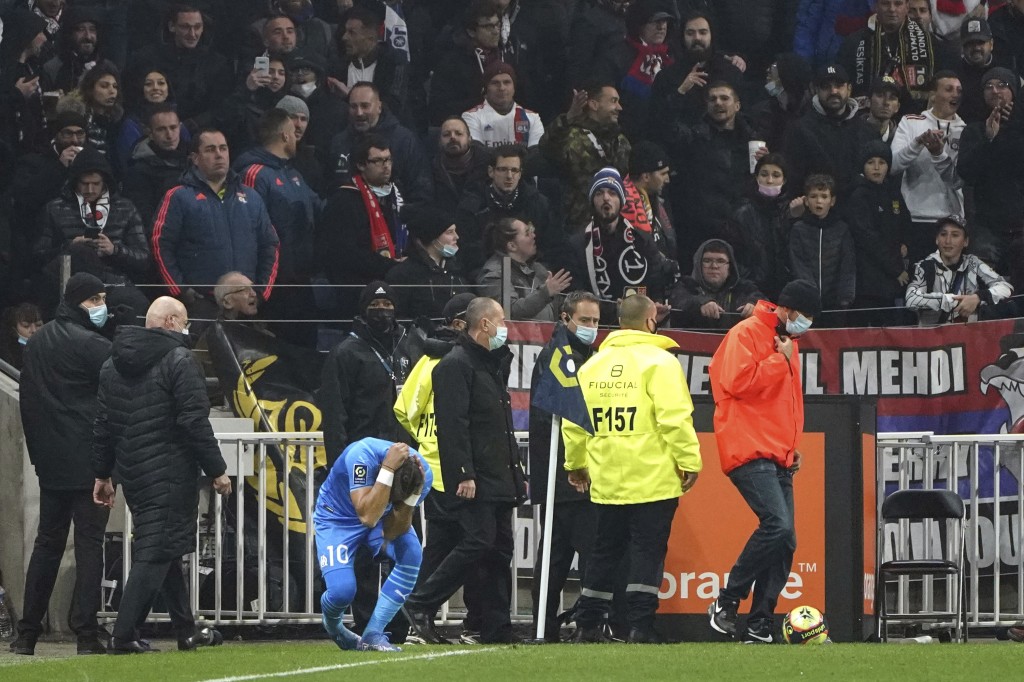 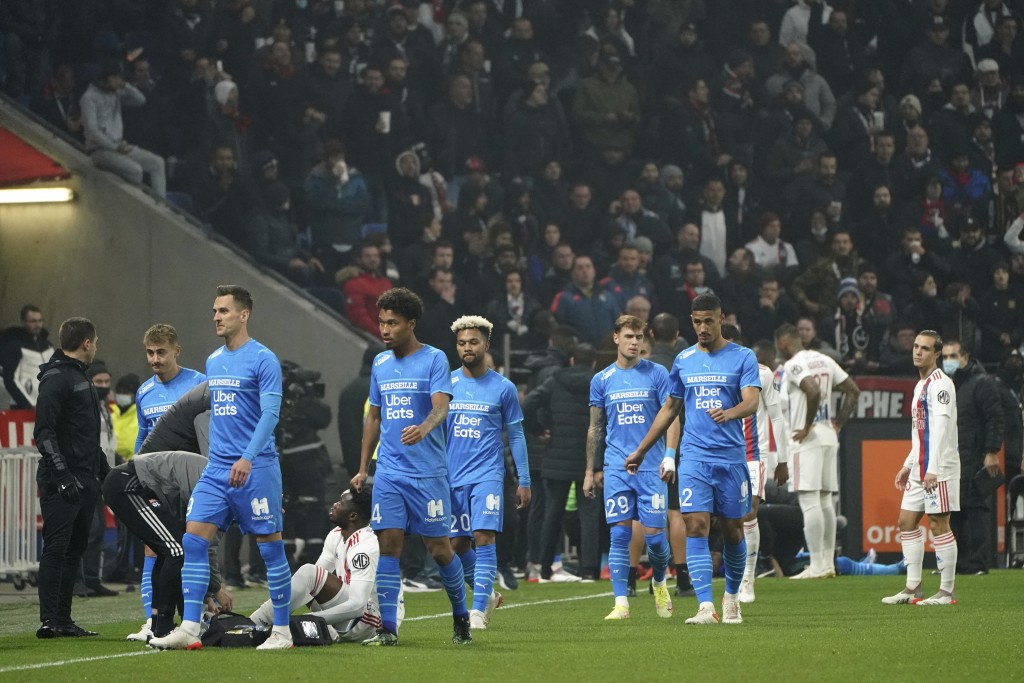 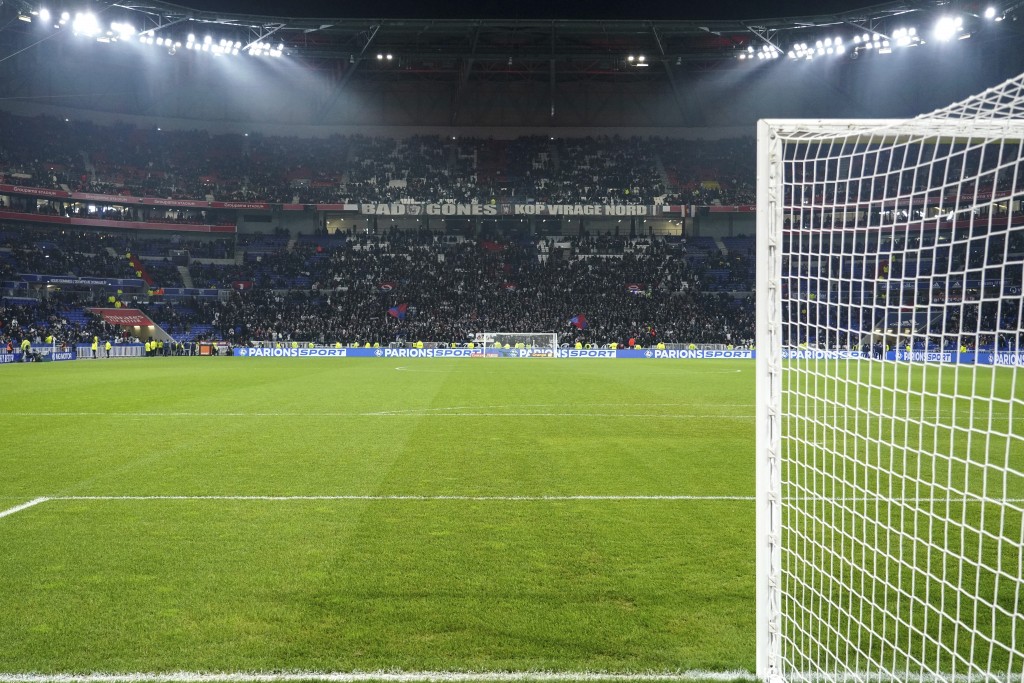 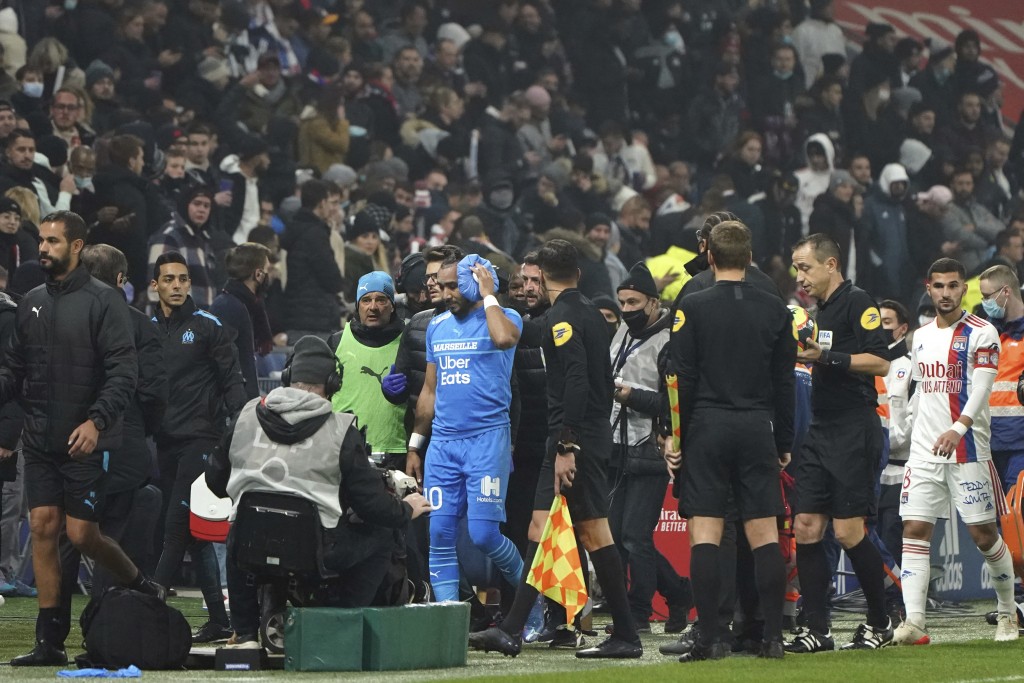 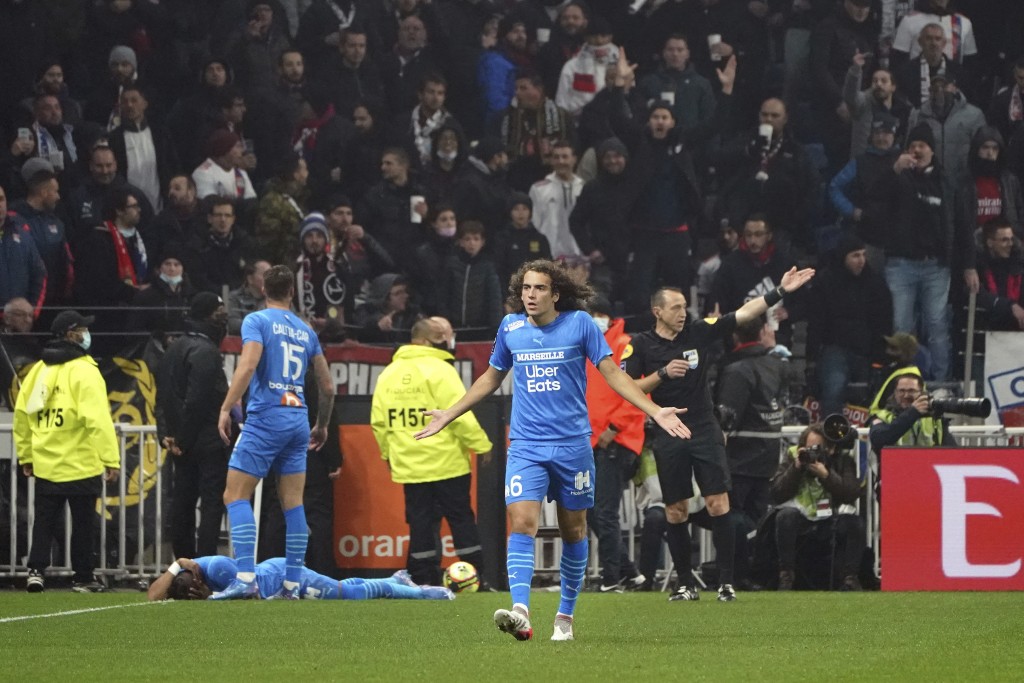 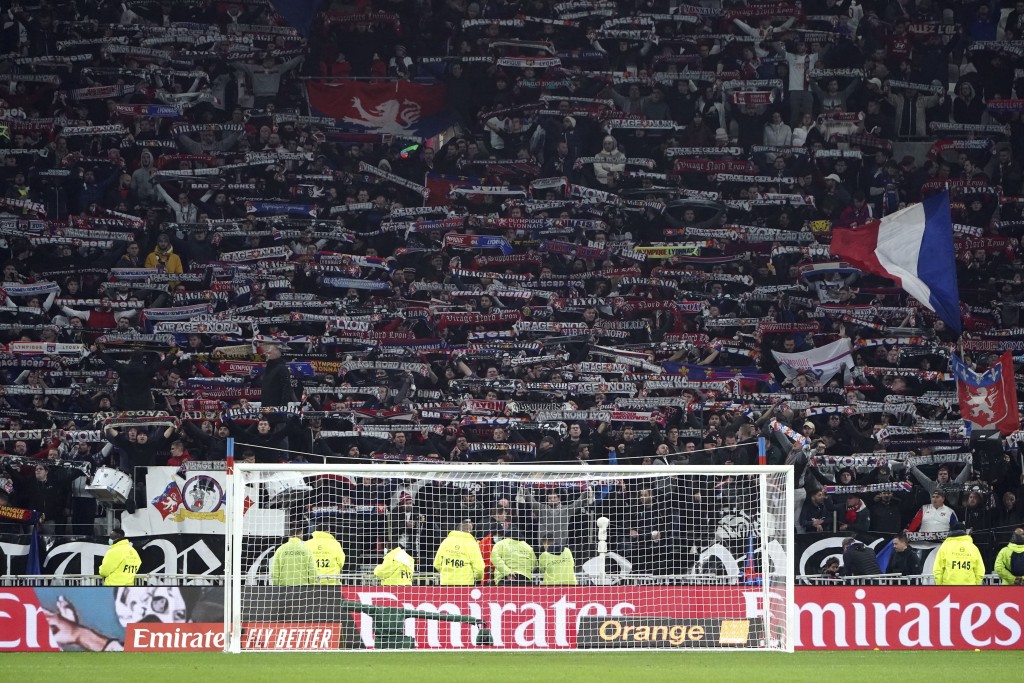 LYON, France (AP) — A French league game between Lyon and Marseille was abandoned on Sunday after Marseille midfielder Dimitri Payet was hit on the head by a bottle of water thrown from the stands while he was taking a corner kick in the latest fan violence to strike French soccer.

Payet collapsed to the ground in the fifth minute of the match at Lyon, with the score at 0-0, but was able to get up after receiving treatment. The referee ordered players to head back to the locker room with play suspended.

After a wait of about 75 minutes, a stadium announcement said play would resume but warned that “the match will definitely be halted if there’s another incident.”

Lyon’s players jogged back onto the pitch after the announcement but Marseille players stayed in their dressing room, reluctant to resume the game, with Payet said to be shocked by the incident.

Lyon warmed up for about 10 minutes before going back to the locker room.

About two hours after kickoff, it was announced that the game had been abandoned.

“My sporting decision has always been to not resume the match,” referee Ruddy Buquet told Amazon Prime Video. “A player was physically hit. It is our duty to protect football players. We are responsible for their safety, that’s the reason why the final decision was made.”

Buquet then explained why it took so long to abandon the match.

“There are so many factors to take into account. There is a packed stadium, there are players to evacuate," Buquet said. "Those are important factors in terms of security.”

Payet was taunted by Lyon fans during the warmup, and was the target of discriminatory insults, according to French league officials.

“He is hurt psychologically,” Marseille president Pablo Longoria said about Payet. “What’s happening is not normal. We have always condemned any type of violence.”

The supporter who threw the bottle was reportedly found and ejected from the stadium.

“The culprit was arrested. There was no risk that things could get aggressive again,” Lyon president Jean-Michel Aulas said. “I think we are well organized here in terms of security ... We think the game could have resumed without any problem.”

Aulas blamed Marseille for not resuming the game.

“There was such a violent reaction (from Marseille) that Mr. Buquet asked to see the (regional) prefect again and reverse his decision," Aulas said.

Aulas was conciliatory toward Payet.

“We send him our apologies. That makes us sad,” Aulas told the club’s website.

The French league put the blame on the host club and local authorities, saying the league did its best to deter violence with sanctions such as point deductions and games played behind closed doors.

“Those new grave incidents are a reminder that security at games is the responsibility of the hosting club and of the local authorities, who have the final say about the resumption or abandonment of a game,” French league officials said in a press release. “In such circumstances, the French league regrets the decision to (try to) resume the Lyon-Marseille game by the regional prefect.”

It is not the first time this season that a French league game has been marred by fan violence.

And Marseille has been the target of violence from supporters before. A match between Nice and Marseille in August was abandoned after fans threw projectiles and invaded the field. Payet was also hit by a bottle in that game and threw it back at the fans. Players and staff members were also involved in a brawl.

Nice was handed a two-point penalty, including a suspended point, and the match was rescheduled and replayed in October at a neutral location without fans.

Montpellier fans threw projectiles at Marseille players in August as play was suspended for more than 10 minutes. Valentin Rongier had his lip cut by a projectile.

In September, fans invaded the pitch in Angers as Marseille and Angers supporters fought each other.

Other clubs have been affected by crowd trouble, too.

In September, a teenager was injured by a seat thrown in a game between PSG and Lyon.

In October, a match between Saint-Etienne and Angers was delayed for about an hour because of a pitch invasion and flares thrown onto the pitch before kickoff.

“After such an evening, I think what we can ask, given the situation, is that French football think hard about stopping that type of incident,” Longoria said.