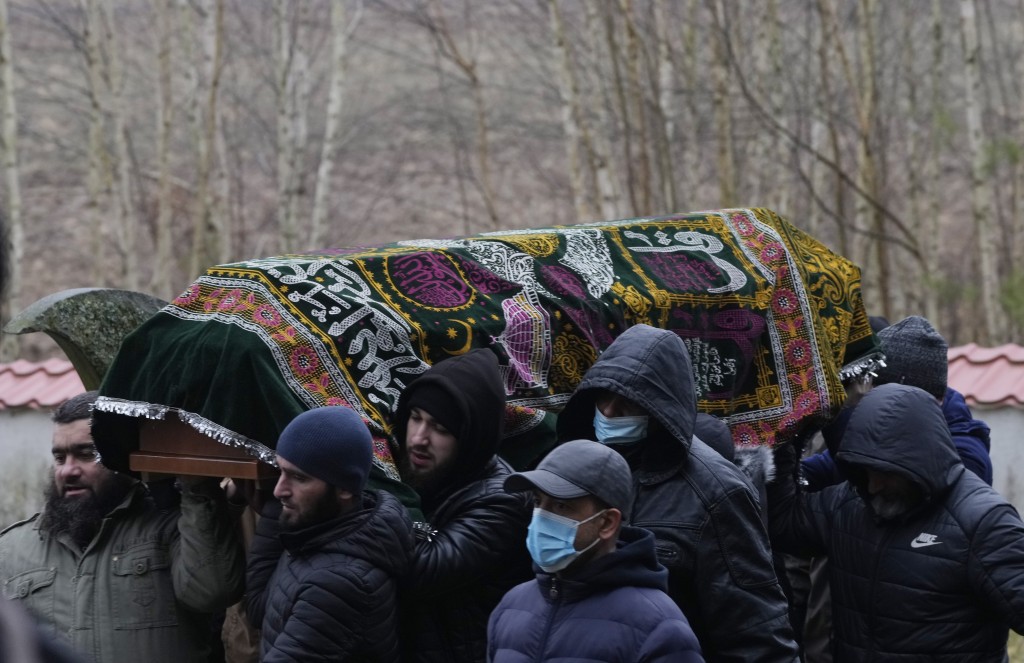 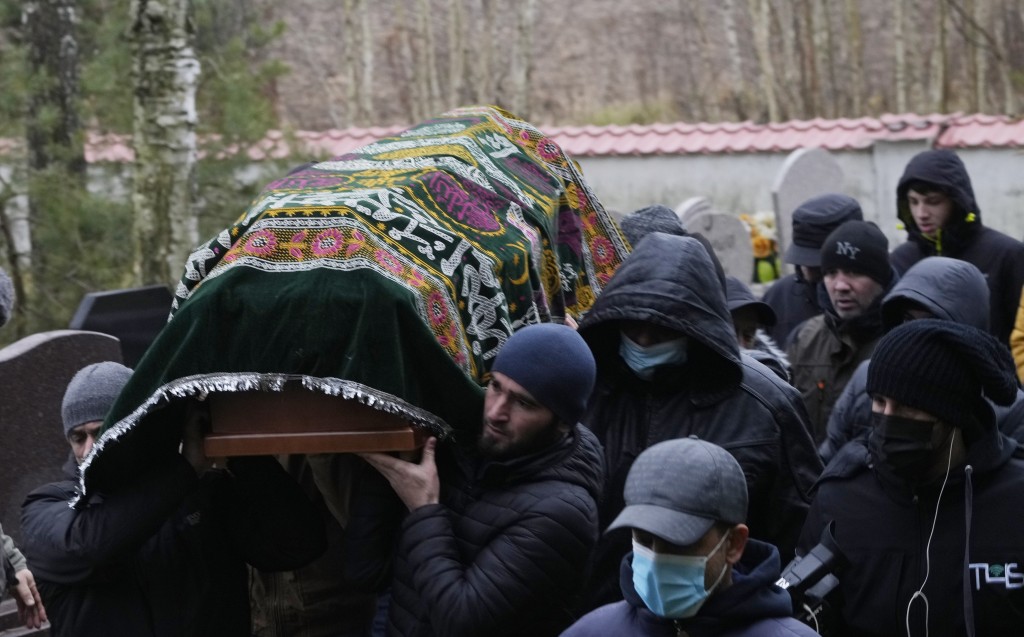 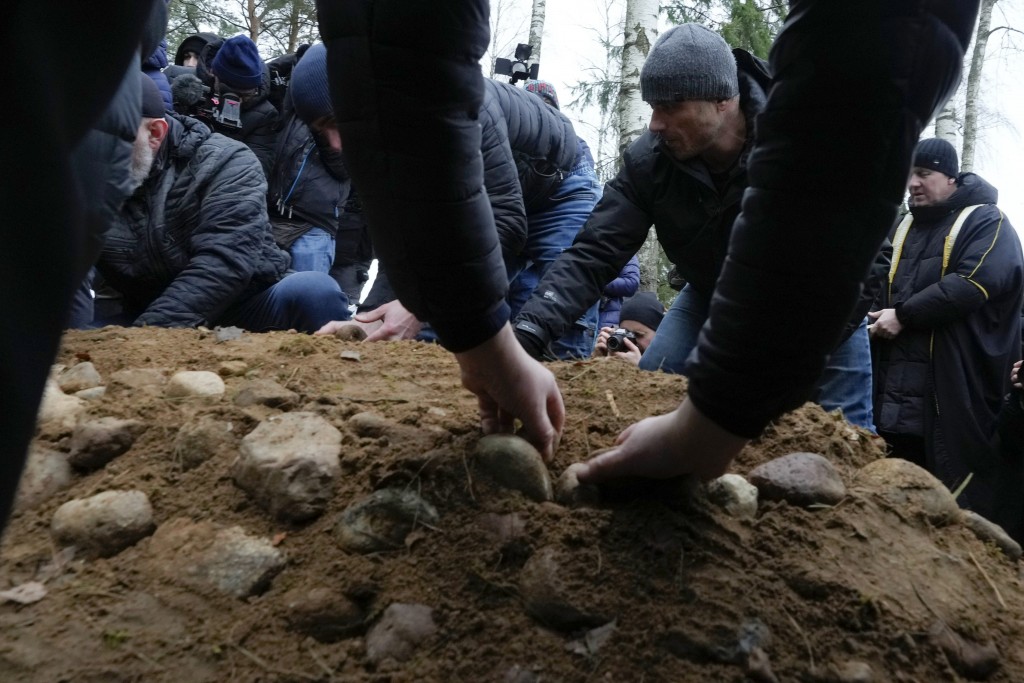 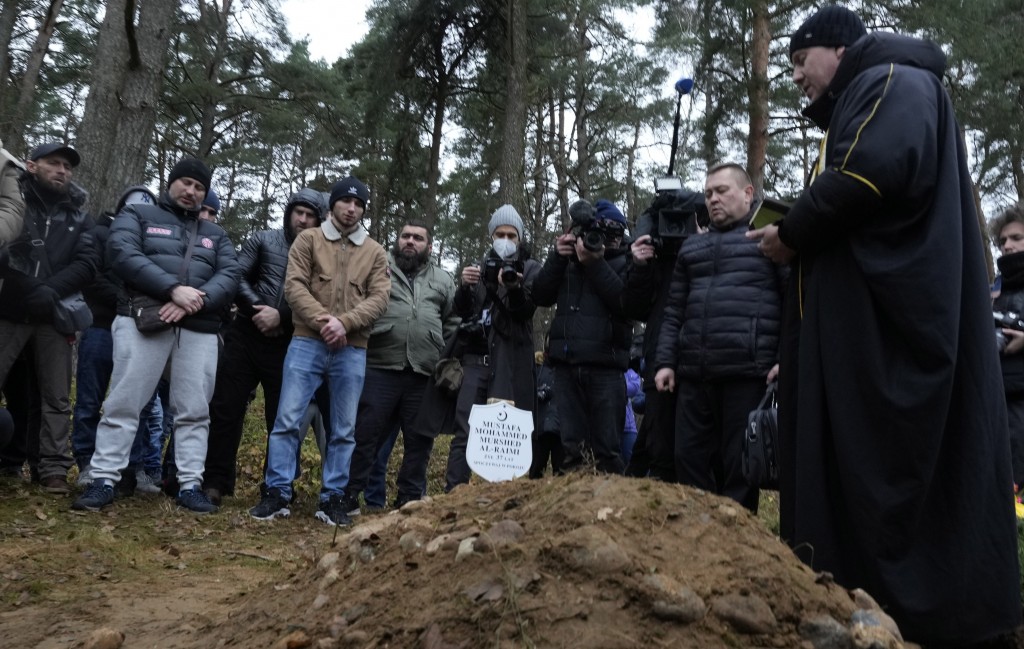 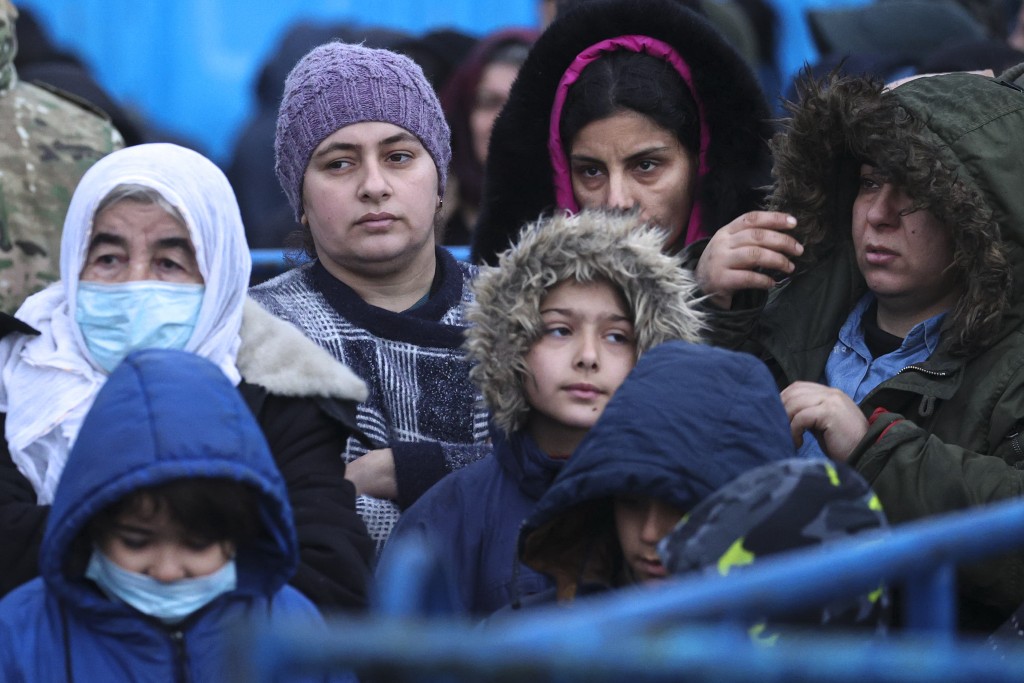 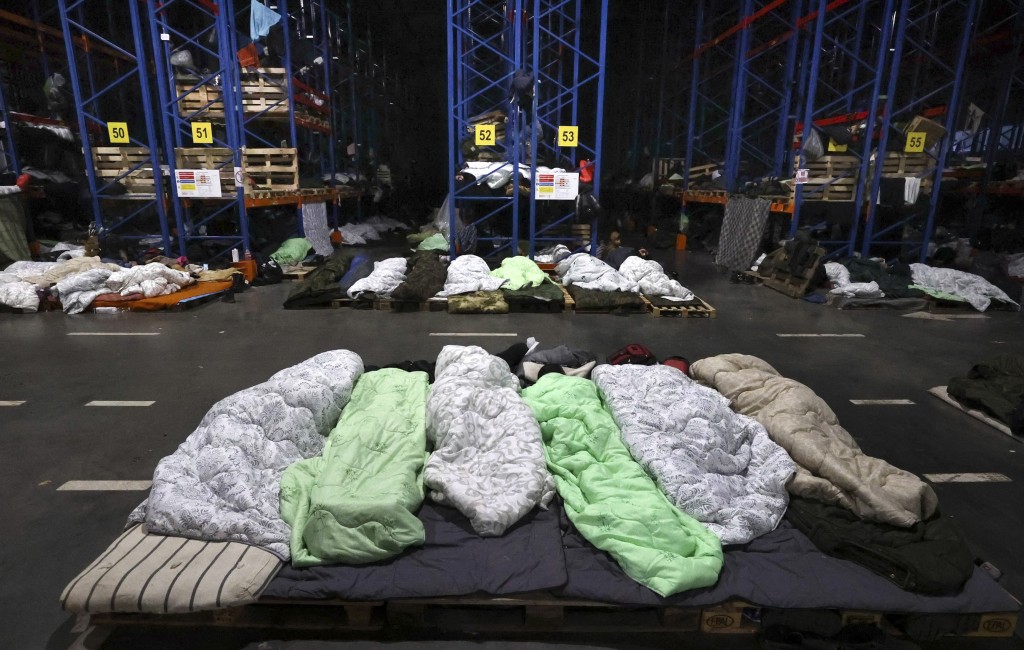 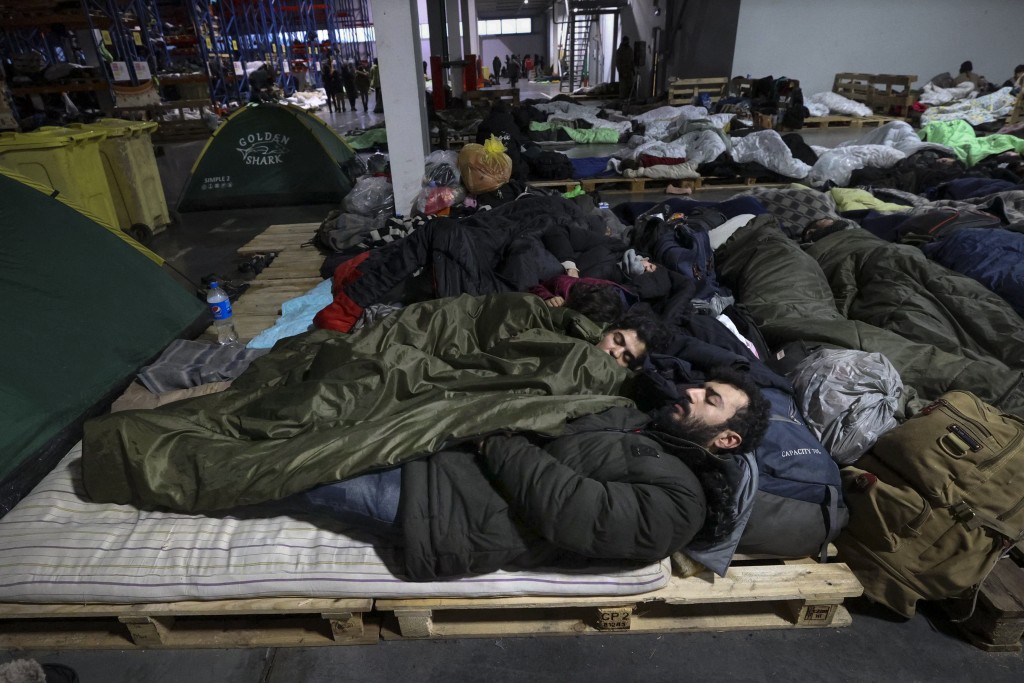 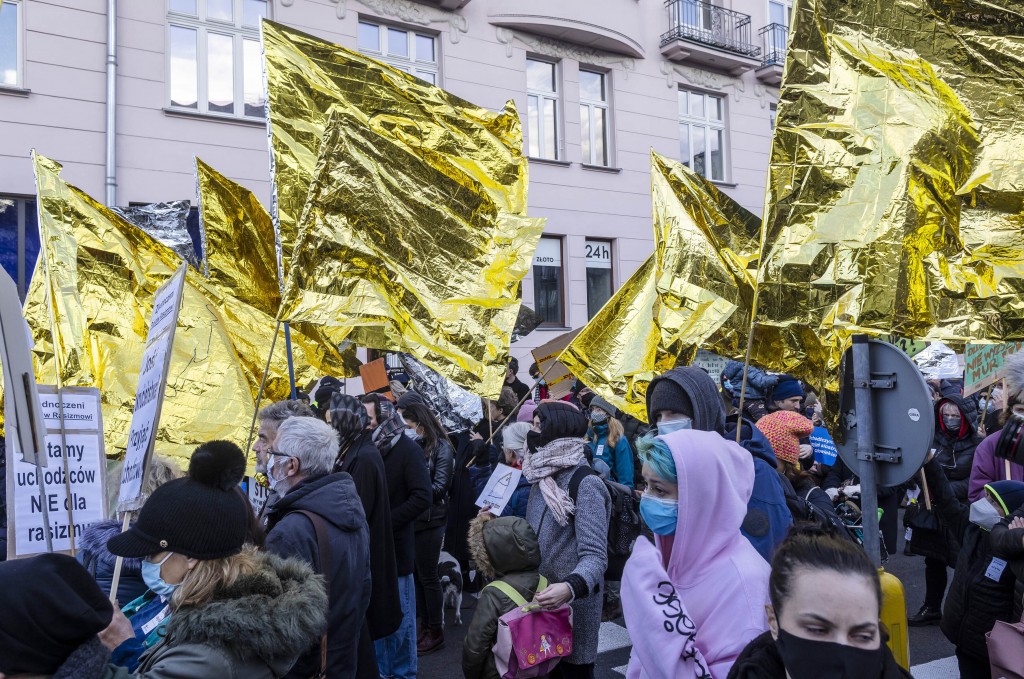 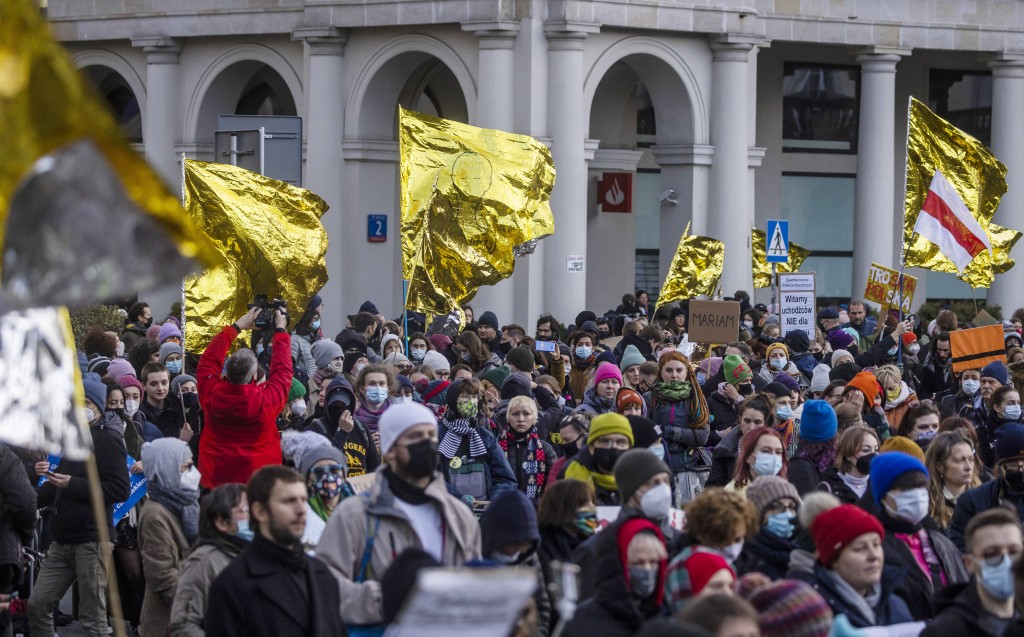 Prime Minister Mateusz Morawiecki spoke in Vilnius, the capital of Lithuania, following talks with Lithuanian Prime Minister Ingrida Simonyte about ways of solving the “very difficult situation” at the borders of EU members with Belarus. He was on a one-day tour of meetings with the prime ministers of EU members Lithuania, Latvia and Estonia, which have also been hit by the migrant pressures.

All leaders stressed the need for acting jointly and said the border crisis created by Belarus has strengthened their cooperation.

The EU says the new surge of migrants on its eastern borders has been orchestrated Belarus President Alexander Lukashenko's regime in retaliation for EU sanctions placed on Belarus after its crackdown on peaceful democracy protesters. It calls the move "a hybrid attack'' on the entire 27-nation bloc. Belarus denies the charge.

Poland's Border Guard said Sunday it prevented a forceful illegal entry by some 100 “very aggressive foreigners” on Saturday who had been brought to the fenced border near the village of Czeremcha by Belarus forces.

Morawiecki said he expected the migrant pressures on Poland and the EU to continue, but now from a different region, claiming knowledge of “diplomatic” contacts that Belarus and Russia had with Uzbekistan and Afghanistan.

“There is a threat of an even more difficult scenario," Morawiecki said. “There will most probably be an attempt at using the crisis in Afghanistan as a new act in the migration crisis, putting to use the West's remorse related to the disorderly pullout from Afghanistan."

In Latvia's capital of Riga, Morawiecki said "only the full pullback of the migrants and steps toward deescalation can lead back to any kind of a constructive scenario with Lukashenko.”

Earlier in Tallinn, the capital of Estonia, Morawiecki said Poland was ready to contribute financially to return flights home for migrants who have been stranded at the border's damp forest for weeks. He said Warsaw was also ready to close all border crossings with Belarus to step up the economic pressure on Lukashenko's regime. The Polish road crossing near Kuznica was closed last week.

Lithuania's Simonyte stressed that the EU should coordinate all further actions on Belarus with countries at the forefront of these attacks — Poland, Lithuania and Latvia.

“The European Commission has now taken over the technical talks with Minsk. It is very important that no decisions are taken that will not allow the situation to be resolved," Simonyte told reporters, warning against any separate Poland-Belarus discussions.

Poland is pushing the migrants back, saying it is protecting the border for all of Europe and NATO. It has received words of support from the EU, NATO and the U.S.

A few migrants have died in the forests straddling the border. Others have abandoned hopes of reaching Europe and were flown back to their home countries last week.

Poland's Tatar community in the eastern village of Bohoniki on Sunday held a third funeral for a migrant, burying a 37-year-old Yemeni, Mustafa Mouhamad Murshid al-Raimi, who was found Sept. 19 in the forest with hypothermia.

The EU Commission on Sunday leveled further accusations against Lukashenko.

“In the crisis, Lukashenko behaved like an unlicensed tour operator who sold expensive travel packages to the EU, only for them to collapse on arrival,” EU Home Affairs Commissioner Ylva Johansson told Germany’s Welt am Sonntag newspaper. “Families and children were deceived and lured into a tragedy that meant a lot of suffering,”

Poland's Border Guard says it has registered over 34,000 attempts at illegally crossing into Poland this year, including over 17,000 in October and over 6,000 in November so far. Germany has registered a few thousand who have reached its territory from Belarus.

Follow all AP stories on global migration at https://apnews.com/hub/migration.