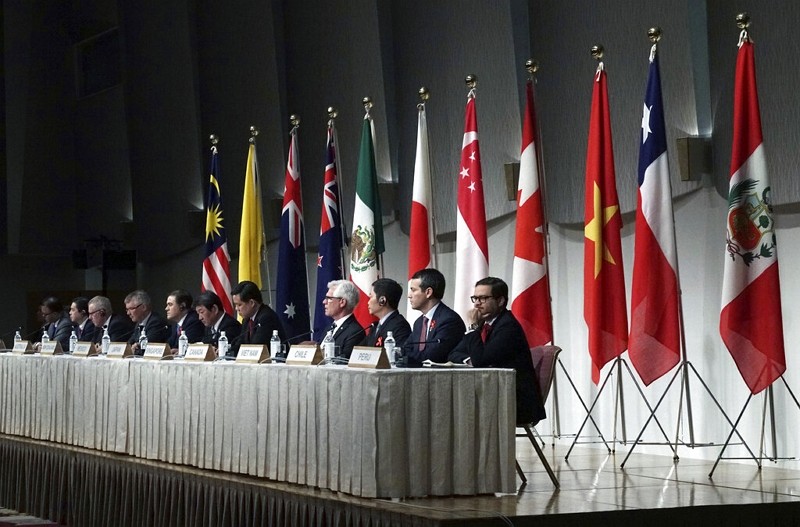 TAIPEI (Taiwan News) — Joining the Comprehensive and Progressive Trans-Pacific Partnership (CPTPP) is of the utmost importance for Taiwan as it works to promote the collective prosperity of the Indo-Pacific, according to the Ministry of Foreign Affairs (MOFA).

MOFA stated in a budget paper for 2022 that Taiwan will push for inclusion in the trade bloc among other global cooperation mechanisms. A successful bid would serve to drive long-term economic growth for the country while fostering peace and stability in the region, it said.

Taiwan and China have both launched bids for membership in the CPTPP, which currently has 11 signatories. The goal appears difficult to attain, as China has opposed the notion of Taiwan participating despite China itself not being a member.

Taiwan continues to lobby for backing among members of the group, with countries like Japan and New Zealand having already expressed their support. Hundreds of Japanese lawmakers have thrown their weight behind Taiwan’s entry, and Japanese economist Ito Shingo believes the CPTPP can play a role in easing regional tensions, per CNA.

Nevertheless, political hurdles lie ahead for Taiwan because China is the largest or second-largest trading partner of many of the signatories, according to Ito. Taiwan Semiconductor Manufacturing Company (TSMC) founder Morris Chang (張忠謀) said following the Asia-Pacific Economic Cooperation (APEC) virtual summit that the country is well-positioned, though it has encountered “obstacles.”

Admission of an additional member to the free trade zone must be agreed upon by all the signatories.

Failure to enter could strike a 0.56% blow to Taiwan's GDP, according to an assessment by the National Development Council. Petrochemicals, metals, and plastics are among the industries likely to take a hit from trade barriers.