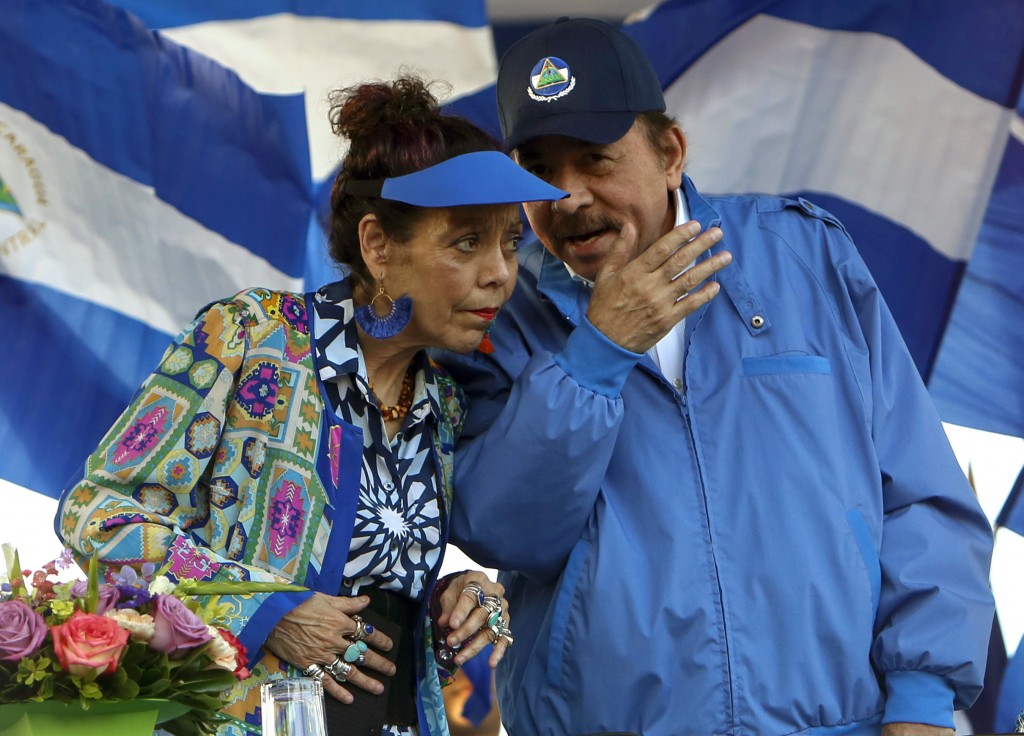 MANAGUA, Nicaragua (AP) — Relatives of political figures held prisoner in Nicaragua since a series of arrests ahead of this month's presidential election expressed concern Saturday about the declining health of the inmates and called for their immediate release.

The families distributed a statement to reporters complaining the prisoners were subject to isolation, constant interrogations and insufficient food.

“My husband has lost 31 pounds since he was captured five months ago," said Deyanira Parrales, wife of former Deputy Foreign Minister Víctor Hugo Tinoco, to The Associated Press. “They don't allow us to give him food and hygiene products are restricted."

She said she had last seen her 69-year-old husband on Monday at the capital's El Chipote prison, where 39 opposition figures have been held since arrests started in May. Those held include seven people who had been considered possible rivals of President Daniel Ortega in the Nov. 7 presidential election.

In that vote — stripped of leading opposition figures and denounced as illegitimate by the United States, European Union and the Organization of American States General Assembly — the Sandinista party leader, now 76, won a fourth consecutive term.

“The interrogations of my husband continue daily. They don't permit his attorney to attend and he has almost no sun," Parrales said. “His deterioration is reflected in that he now must take a double dose of anti-anxiety, antidepression and anti-hypertension medicines.”

She demanded his immediate release so he can help take care of a daughter with cancer.

The family statement complained they were not allowed to bring the prisoners blankets and said some were kept in cells with lights on 24 hours a day, while others were kept in darkness. They said most of the cells were small, with concrete bed slabs covered by worn-out mattresses.

Several of the inmates, like former guerrilla commander Tellez and ex-U.N. Ambassador Tinoco, are former allies of Ortega who broke away, accusing him of growing dictatorial.

The office of Vice President Rosario Murillo, Ortega's wife and government spokesman, did not respond to a request for comment.

Meanwhile, the Inter-American Commission on Human Rights issued a statement Saturday regretting the government's decision to withdraw from the affiliated Organization of American States “in a context of grave violations of human rights.”

The ruling Sandinista Front and its allies control the congress and all government institutions. Ortega first served as president from 1985 to 1990, after the 1979 revolution that ousted the Somoza family dictatorship, before returning to power in 2007.