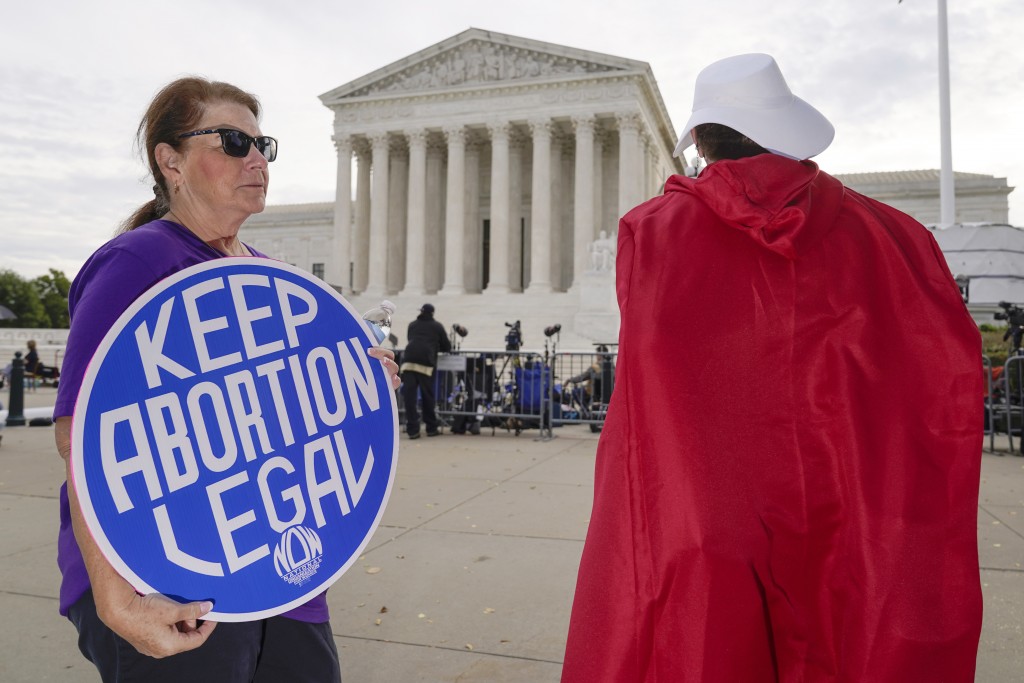 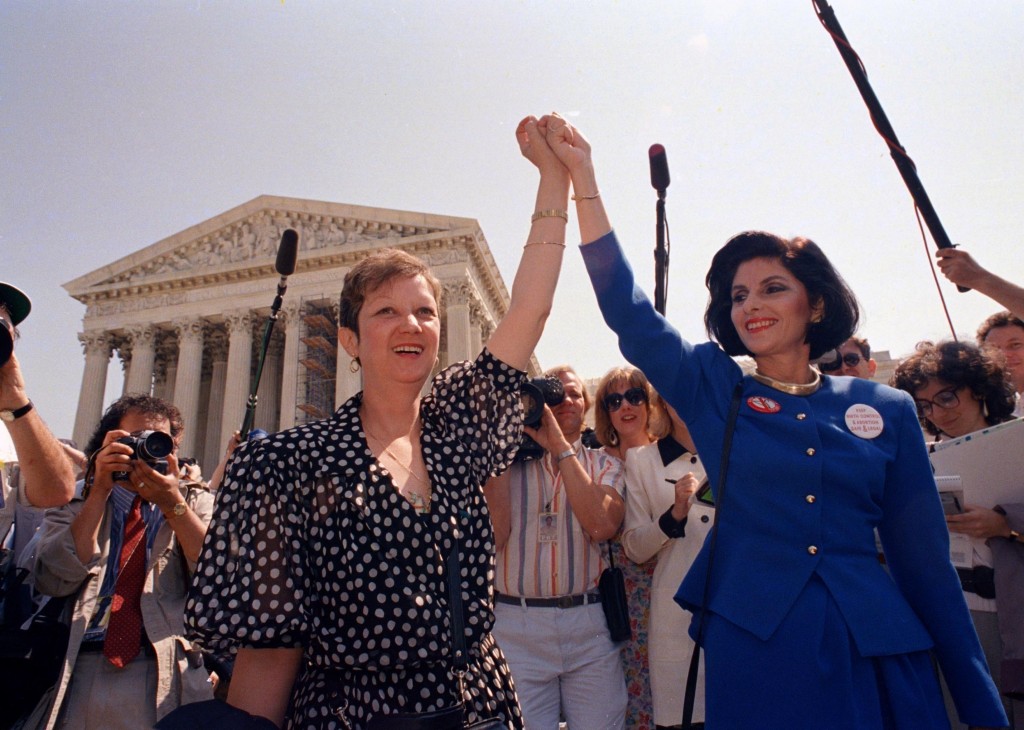 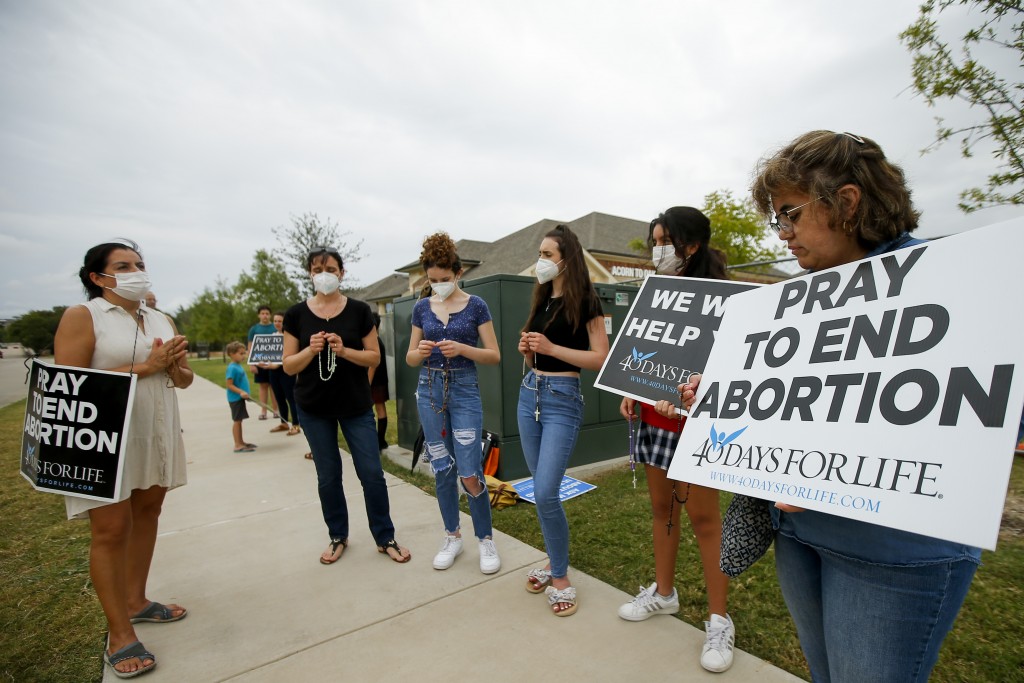 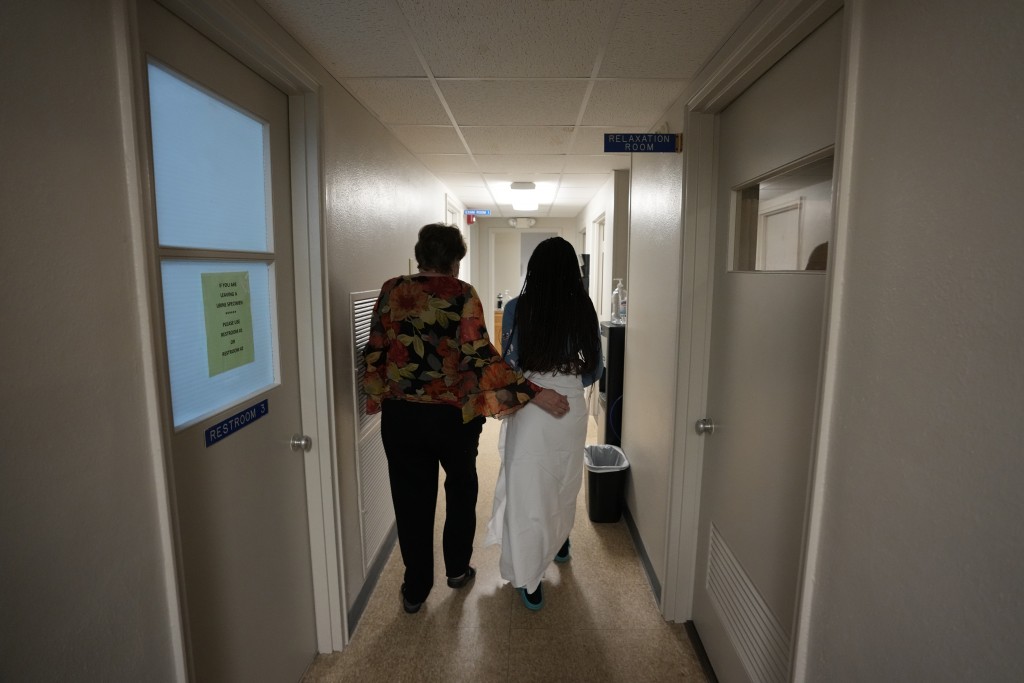 On both sides of America’s abortion debate, activists are convinced that Roe v. Wade — the 1973 Supreme Court ruling establishing a nationwide right to abortion — is imperiled as never before.

Yet no matter how the current conservative-dominated court handles pending high-profile abortion cases — perhaps weakening Roe, perhaps gutting it completely — there will be no monolithic, nationwide change. Fractious state-by-state battles over abortion access will continue.

More complicated would be politically divided states where fights over abortion laws could be ferocious — and likely become a volatile issue in the 2022 elections.

“Many of these states are one election away from a vastly different political landscape when it comes to abortion,” said Jessica Arons, a reproductive rights lawyer with the American Civil Liberties Union.

Those states include Pennsylvania, Michigan and Wisconsin, which now have Democratic governors and Republican-controlled legislatures. GOP gubernatorial victories next year could position those states to join others in imposing bans if Roe were nullified.

The net effect on abortion prevalence is difficult to predict, given that many people in states with bans would persist in seeking to terminate unwanted pregnancies. Some could face drives of hundreds of miles to reach the nearest clinic; others might obtain abortion pills by mail to end a pregnancy on their own.

Among the briefs filed with the Supreme Court as it considers a Mississippi law banning most abortions after 15 weeks is one reflecting input from 154 economists and researchers. If abortions became illegal in 23 states, they calculate, the number of abortions at clinics nationwide would fall by about 14%, or about 120,000, in the following year.

Under this scenario, the economists say, bans would affect 26 million women of child-rearing age, and the average distance to the nearest abortion clinic would increase from 35 miles (56 kilometers) to 279 miles (449 kilometers).

Elizabeth Nash of the Guttmacher Institute, a research organization that supports abortion rights, says a gutting of Roe would galvanize some Democratic-governed states and abortion-rights groups to accelerate programs assisting people to cross state lines for abortions.

“But things will get complicated and difficult very quickly,” she said. “You’re disrupting the entire abortion care network across the country, and people will be seeking abortion in locations which may not have enough capacity for people in their state already.”

A possible preview is unfolding at Planned Parenthood's clinic in Fairview Heights, Illinois, just outside St. Louis. It opened in 2019 as an abortion option for people from Missouri and other nearby Republican-governed states. It's seeing an increase in patients from farther away as a tough ban in Texas creates appointment backlogs throughout the south-central U.S.

“We’re absolutely thinking about what operational changes we would need — staying open seven days a week, operating two shifts each day – to absorb that many patients,” she said.

Already, patients are “super frustrated” by drives of up to nine hours from home, she said.

Michael New, an abortion opponent who teaches social research at The Catholic University of America, said possible increases of out-of-state abortions and “mail-order abortions” would be among several challenges facing the anti-abortion movement even as its dream of Roe’s demise came true.

Another potential challenge: Some Democratic-leaning prosecutors might refuse to enforce bans.

Michigan, for example, has a 90-year-old ban on the books. Michigan Attorney General Dana Nessel, a Democrat, says she wouldn't enforce it if it became law; a local prosecutor, Democrat Eli Savit in Washtenaw County, tweeted, “We will never, ever prosecute any person for exercising reproductive freedom.”

While there’s a consensus that Roe is more vulnerable than ever, there's no certainty about how the Supreme Court might proceed. Clues, however, surfaced Wednesday after justices heard arguments in Dobbs vs. Jackson Women’s Health Organization.

In that case, Mississippi asked the court to overrule Roe and the follow-up 1992 decision that prevents states from banning abortion before viability, the point around 24 weeks of pregnancy when a fetus can survive outside the womb.

If the court simply upholds Mississippi's ban, other Republican-governed states would likely enact similar measures. The Guttmacher Institute says between 6.3% and 7.4% of U.S. abortions, or 54,000 to 63,000 annually, are obtained at or after 15 weeks of pregnancy.

However, activists on opposing sides believe the high court — either in the Mississippi case or a subsequent one — is poised to go further, nullifying Roe so states would be free to impose sweeping bans.

“For nearly 50 years, states have been prevented from passing abortion laws that reflect the values of people who live there,” said Mallory Quigley of the Susan B. Anthony List, an anti-abortion group. “Dobbs is the best opportunity since 1973 to correct that.”

Wisconsin could become one of the most contested battlegrounds, since it still has in its statutes an 1849 law criminalizing abortion. But even if the law took effect, it might not be enforced if next year’s election leaves Democrats serving as governor, attorney general and as district attorneys in Milwaukee and Madison, which are home to abortion clinics.

The 2022 elections are likely to energize activists in each camp, says Julaine Appling, an abortion opponent who leads the Wisconsin Family Council.

“The smart candidates running on either side will say it makes a huge difference who is governor and who is attorney general,” she said. “Wisconsin is very purple — and we’ve got a real fight on our hands on this issue.”

When Roe was decided, abortion was broadly legal in four states, allowed under limited circumstances in 16 others, and outlawed under nearly all circumstances elsewhere. In 1974, a year after Roe, there were about 900,000 abortions in the U.S., according to the Guttmacher Institute.

Abortions rose steadily, peaking at 1.61 million in 1990, before a steady decline — falling to 862,000 in Guttmacher’s latest survey, covering 2017. The decline is attributed to increased availability of effective contraception and a plunge in unintended pregnancies, notably among teens.

Women also have safer, easier options for terminating pregnancies; medication abortions now account for about 40% of U.S. abortions. Advocacy groups are spreading the word about abortion pills that can be used at home without a medical professional’s involvement.

Increased use of mail-order pills could pose a dilemma for the anti-abortion movement, given that its leaders generally say they don’t favor criminalizing the actions of women seeking abortions. Pills often are shipped from overseas; those suppliers are an elusive target for prosecutors.

Arons, the ACLU lawyer, says anti-abortion activists are deluding themselves if they think post-Roe bans can enable them to live in abortion-free states.

“People who want to end their pregnancies will find a way to do so, whether it’s legal or not,” she said. “The need will always be there.”