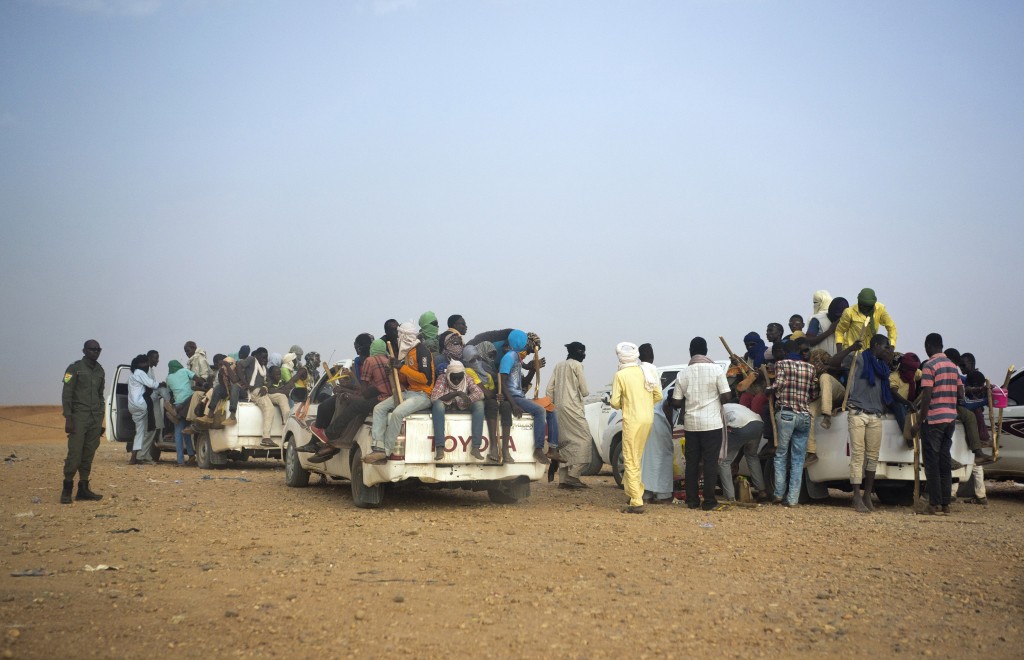 UNITED NATIONS (AP) — The more than 87,000 personnel in U.N. peacekeeping missions are confronting greater threats today because conflicts have become more complex and are driven by an increasing number of factors ranging from ethnic tensions and the impact of organized crime to illegal exploitation of resources and terrorism, the U.N. peacekeeping chief said Friday.

Jean-Pierre Lacroix said in an interview with The Associated Press that even compared to two or three years ago, “most of our peacekeeping missions have a political and security environment that has deteriorated.”

In addition and “equally important," he said, is that the conflicts are “multi-layered" and very often local and national, but also regional and global. He pointed to Africa's impoverished Sahel region, which is seeing increasing terrorist activity, as an example.

What is causing this change in how U.N. peacekeepers have to operate are a number of factors starting with increased political divisions among the U.N.’s 193 member nations, he said.

The drivers of conflict are increasing, Lacroix said, and there are also what he called “conflict enhancers,” including digital technologies, the impact of fake news and misinformation on conflicts, and “armed groups using increasingly sophisticated means to undermine our actions.”

The U.N. currently has 12 far-flung peacekeeping operations — six in Africa, four in the Middle East, one in Europe and one in Asia — with the more than 66,000 military personnel from 121 countries joined by over 7,000 international police and 14,000 civilians.

Lacroix said peacekeepers continue to make “a huge difference” in countries where they oversee cease-fires like Cyprus and south Lebanon in terms of preventing conflict, and “they also make a huge difference in terms of protection of civilians, even though we would like to be able to do more.”

But the undersecretary-general for peace operations said the drivers of conflict “are massively impacting the conflicts in which we’re involved.”

“They pose increasingly important threats to countries in which our missions are deployed, and frankly to the region where we are operating,” he said.

“Are we equipped enough as a multilateral system to address these threats?" Lacroix asked rhetorically. “I’m not sure. I think there’s probably more that should be done in those areas.”

He called an upcoming ministerial meeting on U.N. peacekeeping in Seoul, South Korea on Dec. 7-8 an important opportunity to improve the performance and impact of peacekeepers and “the effectiveness of our tools,” and to mobilize international support for these efforts.

Lacroix said “a significant number” of ministers and senior officials from all U.N. member states are expected in Seoul, stressing that high-level participation is “critically important” as an expression of support for U.N. peacekeeping, which is funded by a separate U.N. budget amounting to $6.38 billion for the year ending June 30, 2022, as well as voluntary contributions.

He said the peacekeeping department has circulated a list to U.N. member nations of what it needs to improve the protection of peacekeepers against ambushes, improvised explosive devices and attacks, and to protect their camps. The list also includes improved medical support and equipment to make peacekeepers more nimble, mobile and reactive, especially more helicopters, he said.

Lacroix said there are two other very important areas: improving the missions’ ability to collect and process information to better prevent threats instead of having to react to them, and increasing the number of women in peacekeeping operations “because we know for a fact that more women in peacekeeping means more effective peacekeeping.”

He said it will be “tremendously important” to have governments support the department’s “strategy for the digital transformation of peacekeeping because we strongly believe that if we make the best possible use of these new technologies, then it can be a game changer for peacekeeping.”

To do that, he said, the U.N. has to improve what he called “the digital literacy of peacekeeping and our peacekeepers,” which means more training.

If the peacekeeping department and peacekeepers are better at using digital technology, the men and women in the field can be better protected, Lacroix said.

“We can probably better communicate and also counter misinformation,” and the U.N. can better collect and process information “in a way that can enable effective action," he said.

But Lacroix said if peacekeeping is to succeed — “which is to create the conditions where peacekeeping missions can leave” — it is “critically important” that governments support political efforts to achieve this goal.

He said there must also be a recognition that more and more peacekeeping operations are part of broader efforts and partnerships that can build different capacities, including security, or help provide humanitarian assistance in places like Congo, South Sudan or Mali.

“We have to make sure that we are playing a role where you can make the best possible difference, and other partners have to have that same approach, and we need to be complementary to each other,” Lacroix said.