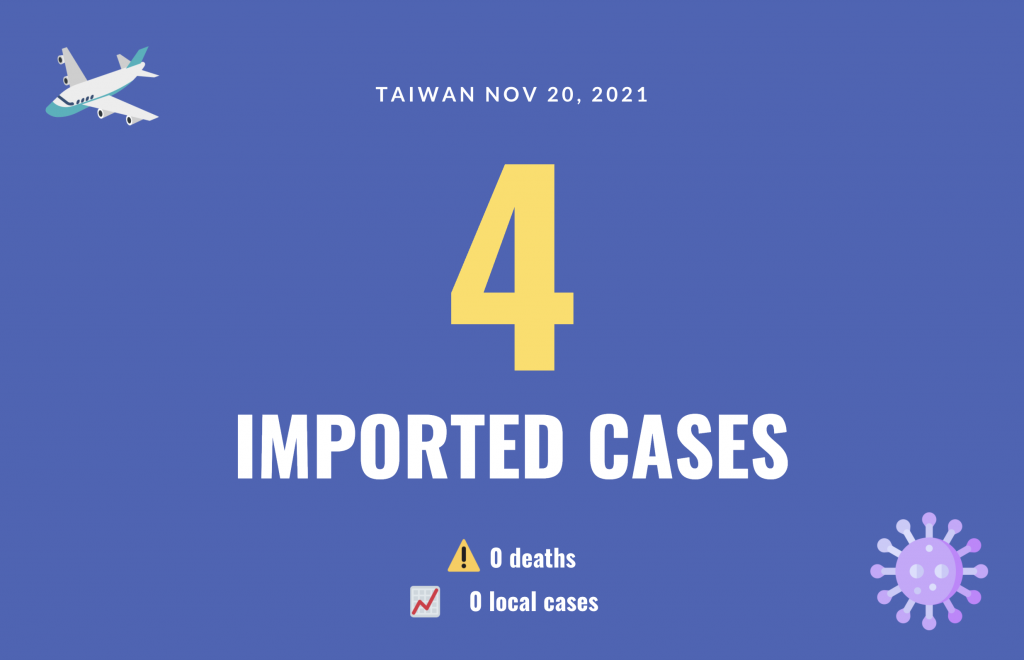 The four imported cases were two men and two women between the ages of 20 and 39. Two of them, both Taiwanese men, had arrived from Vietnam; one woman in her 20s arrived from Myanmar; one woman traveled from Indonesia. They landed in Taiwan between Nov. 5 and 18, according to a CECC news release.

Apart from the woman coming from Myanmar, the other new cases had all been fully vaccinated.

Taiwan’s latest tally of 16,520 coronavirus cases includes 14,590 domestic cases and 1,876 imported ones, with the total death toll remaining at 848. Of the fatalities, 836 were the result of local infections, with New Taipei City registering 412 deaths and Taipei City 321.

A total of 36 COVID cases originated from the Taiwan Navy’s "Goodwill Fleet," two were infected onboard a flight, one was classified as unresolved, and 14 are under investigation. A total of 111 earlier cases were removed from the list of confirmed cases.