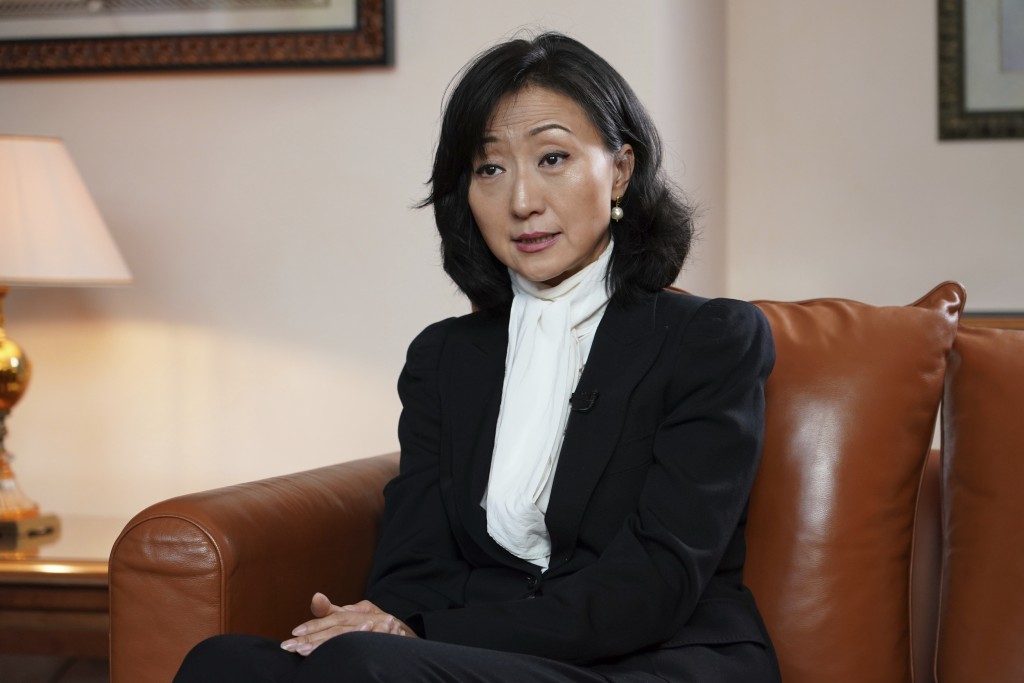 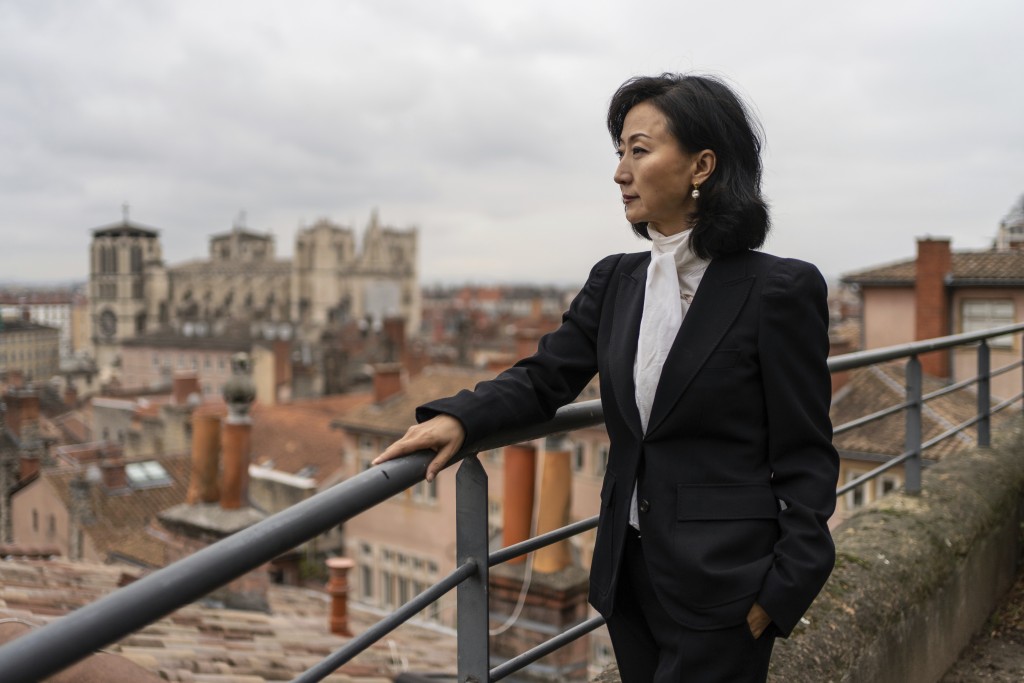 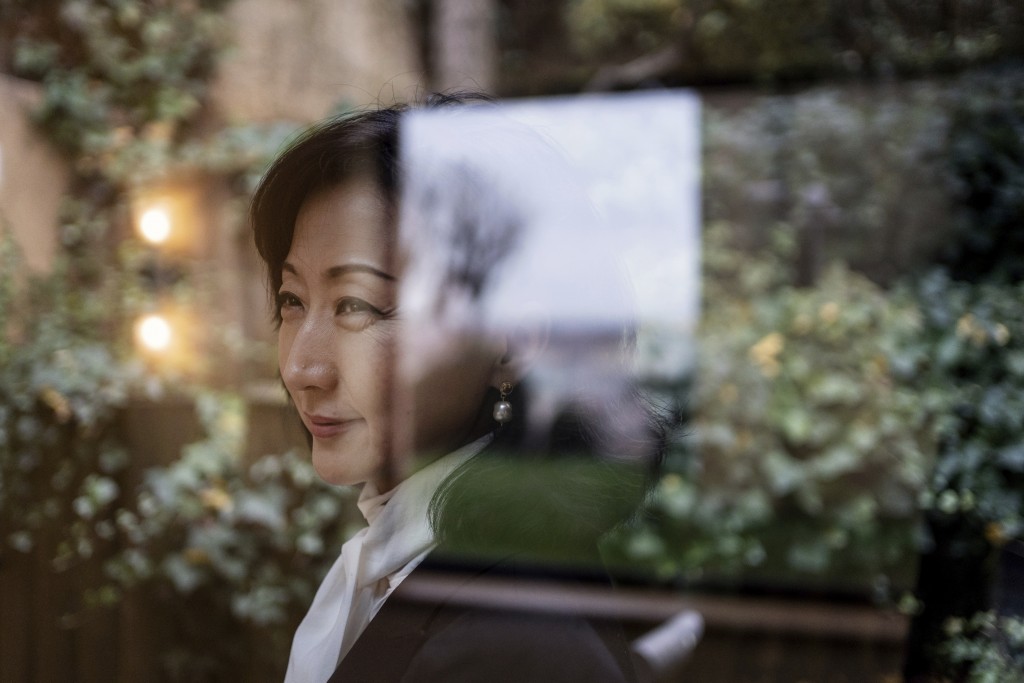 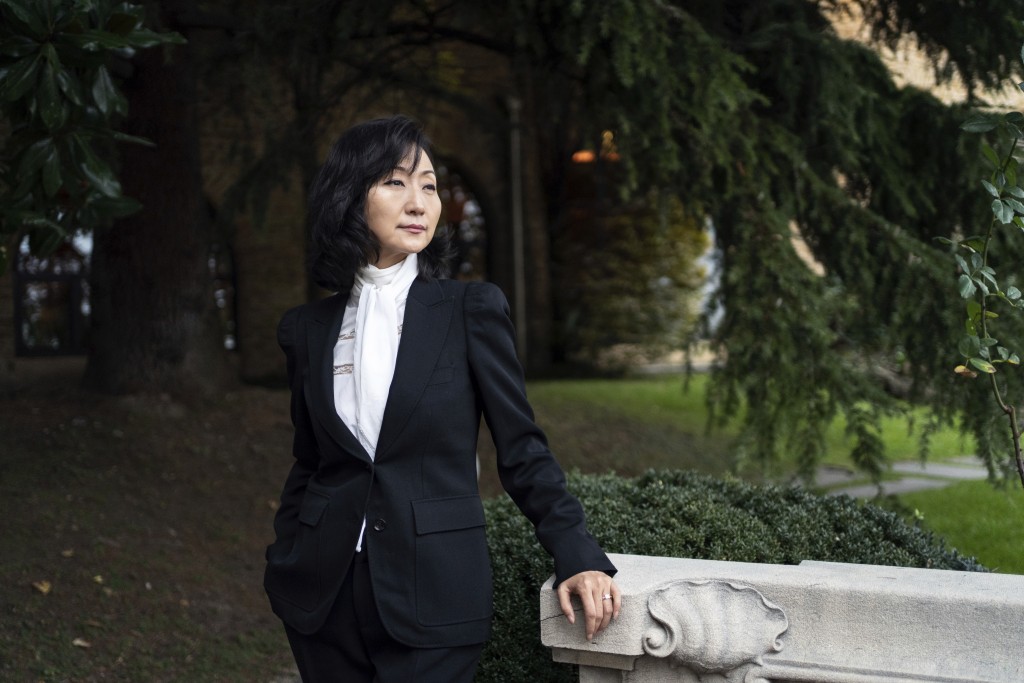 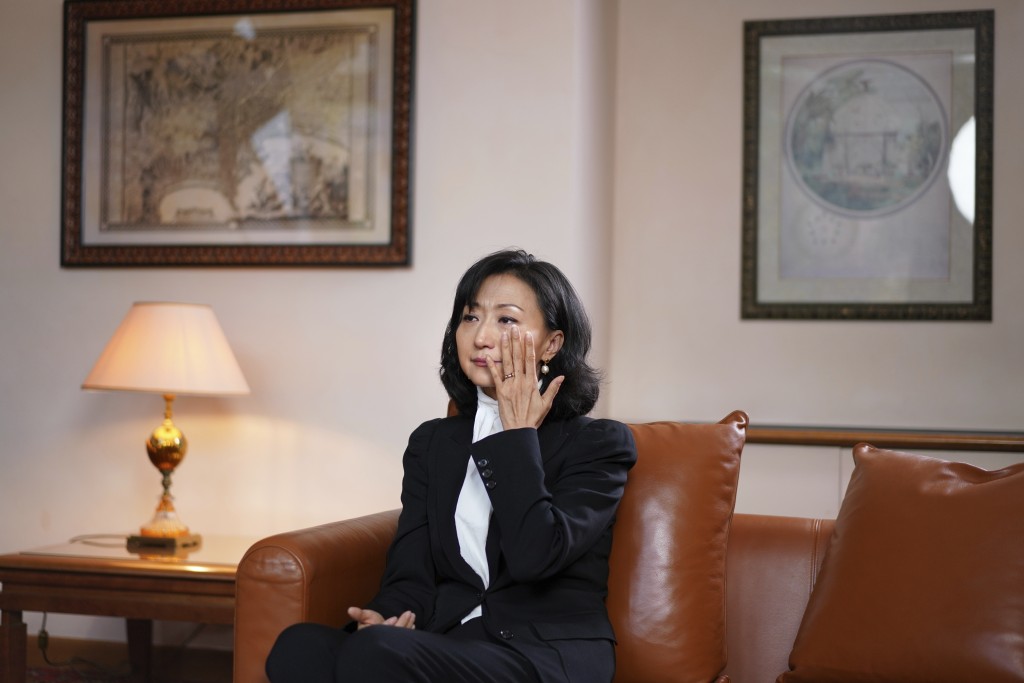 LYON, France (AP) — The wife of the former Interpol president who disappeared in Beijing in 2018 and was imprisoned says she fears that a similar fate could await China's latest candidate for a role with the international police body.

China confirmed this week that it intends to seek a seat on Interpol's 13-member governing body, but didn't say who its candidate will be. Overseas lawmakers and rights activists fearful that China wants to use Interpol’s reach and influence to pursue critics in exile said the candidate is a senior Chinese police official, Hu Binchen.

The wife of imprisoned former Interpol President Meng Hongwei, Grace Meng, told The Associated Press in an exclusive interview that she and her husband know Hu well and that they were friends. Hu works at China’s powerful Ministry of Public Security. It is part of the security apparatus that helps keep China’s ruling Communist Party in power, enforcing its tight lid on dissent.

Grace Meng said Hu and her husband -– who was a vice minister of public security before he was purged and jailed on corruption charges — were colleagues for many years. She says they were so close that the Mengs’ twin boys knew Hu as “uncle.”

“Mr. Hu Binchen is someone I know extremely well, because he used to be Mr. Meng’s subordinate. He worked with Mr. Meng for, roughly, nearly 20 years. I also have known Mr. Hu for about 10 years,” she said in the AP interview. It was conducted this week in Lyon, France, where Interpol is based and where she has remained since her husband's disappearance, granted asylum and living under French police protection with their children.

She said an Interpol role for Hu could be fraught with peril – including, possibly, for himself. She said Hu could find himself in a very difficult position, with loyalties possibly torn between his former colleague and the necessity of obedience to the Communist Party.

“At the moment, China is, for lack of a better phrase, eradicating the ‘pernicious influence’ of Mr. Meng Hongwei, carrying out a political purge,” she said. “So if Mr. Hu Binchen sympathizes with us or helps us, or expresses kindness toward us, that will mean that he will be violating party discipline. If he respects party discipline, he’ll be going against basic human goodness. So this is a problem.”

“One day, will Mr. Hu Binchen also be disappeared, like Mr. Meng?” she asked.

The Interpol Executive Committee, and its new president, will be elected at a General Assembly in Istanbul, Turkey, next week. The governing body supervises Interpol’s day-to-day administrator, the secretary general. It also sets policy and direction for the global police organization that works on shared law enforcement issues and helps countries catch criminal suspects by issuing international wanted notices.

The Chinese Foreign Ministry, through spokesman Zhao Lijian, said that China will be putting forward a candidate because it wants to “actively support the organization’s goals of fighting terrorism, combating transnational crime and making the world safer.”

“Interpol is a professional organization to combat transnational crime and should not be disturbed by political and other factors,” Zhao said.

Meng Hongwei was elected Interpol president in November of 2016 but served less than two years of what was meant to be a 4-year term. He was promptly replaced by a then-vice president, Kim Jong Yang of South Korea, whose presidency is now ending.

After he disappeared, China announced in 2019 that Meng had been stripped of his Communist Party membership. In January 2020, a court announced he’d been sentenced to 13 years and six months in prison on charges of accepting more than $2 million in bribes.

The court said he confessed his guilt and expressed regret. His wife has long maintained that the accusations were trumped up and that her husband was purged because he’d been using his high-profile position to push for change.

In the AP interview this week, Grace Meng said she remains "extremely angry with Interpol” for its handling of the affair. She is particularly unhappy that it swiftly accepted his resignation with immediate effect, when the circumstances and reasons for his disappearance were shrouded in mystery.

She followed up the interview with a letter to Interpol, seeking information. She asked it to detail what steps it has taken to ensure that her husband is alive and to get access to him, and to determine whether he freely tendered his resignation and has had access to legal counsel.

“How could the president of one of the most powerful international organizations disappear in the middle of his mandate and Interpol react by informing the world that it had nothing more to say?" she asked in the letter.

In a statement to The AP, an Interpol spokesperson said China had withdrawn Meng as its delegate to the body after his disappearance, which meant he “could no longer be considered as president.” It said the corruption charges against him had been unrelated to Interpol or his role there.

“While the situation regarding Mrs. Meng, from a human perspective, is unfortunate, Mrs. Meng’s claims against Interpol are misdirected,” the statement said.