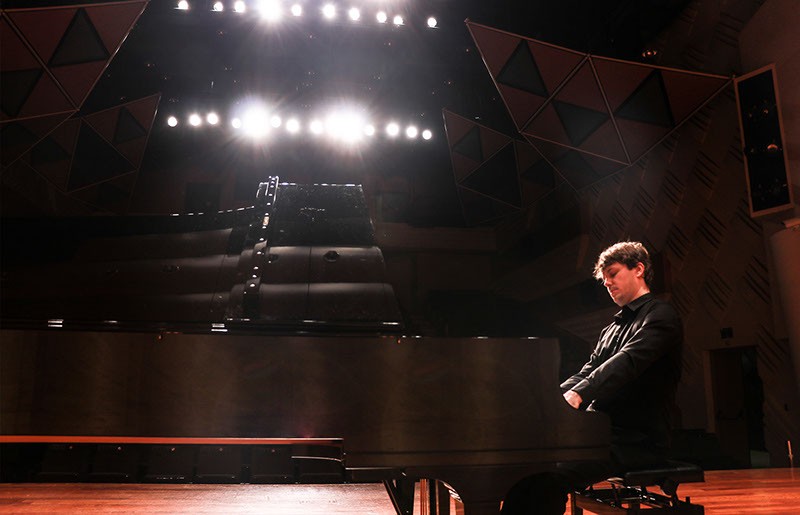 TAIPEI (Taiwan News) — While Polish pianist Kamil Tokarski's recent Chopin performance at Taipei’s Daan Park seemed effortless, it took him a lifetime to get to this level of mastery.

Tokarski told Taiwan News that his interest in piano began at an early age. He recalled that his pianist father would practice Chopin’s "Mazurkas" every day, which sparked his interest in the classical instrument. “Piano became part of my life from day one,” he said.

His parents ensured he practiced piano daily. He later realized that he enjoyed playing more than other activities, which motivated him to practice even more.

Tokarski said that he had always believed the grand piano to be “a very beautiful and majestic instrument.” Johann Sebastian Bach demonstrated the amazing things that could be done with the short keyboard, he said.

“With many innovations and mechanical upgrades, modern pianos can achieve colors and textures that allow artists limitless opportunities for expression,” he said. When asked which type of piano was his favorite, he said he has preferred Steinway grand pianos for many years but has been increasingly impressed by the Fazioli piano’s “incredible nuance and warmth.”

Tokarski’s career has led him to obtain a master’s and Ph.D. in piano performance and has taken him around the world, but he said he continues to learn new pieces, practice daily, and challenge himself with new goals. “Every day, I discover something new,” he said, adding that “working on technique is a never-ending process.”

Though practicing is a mentally demanding process, the Pole said his criteria for a good performance is fairly simple: "If during the performance I felt comfortable and had a good time, I am usually satisfied."

Tokarski said he has quite a few musical heroes; however, if forced to pick one, he would choose Ignacy Jan Paderewski, a 20th-century Polish pianist-turned-diplomat. He described Paderewski as an “inspiring personality” whose memoirs had a significant impact on his teenage years, adding that he often goes back to them.

Tokarski mentioned there are countless classical pieces he enjoys, but the music of the Italian Baroque period has a special place in his heart. He also praised Poland’s own Frederic Chopin for his ability to capture the spirit of the country through his music.

Tokarski said he first moved to Taiwan because of his Taiwanese wife. He said his favorite thing about Taiwan is its beautiful, mountainous landscape, while he said he loves how Taipei simultaneously feels like both a metropolis and a small town.

“I am happy to be living here,” he said, adding that he finds the Taiwanese to be sensitive and passionate people who "love and respect classical music very much."

As to his plans for the future, Tokarski said: "I really like where I am and what I do. I am happy and don’t feel any need for my career to take me anywhere."