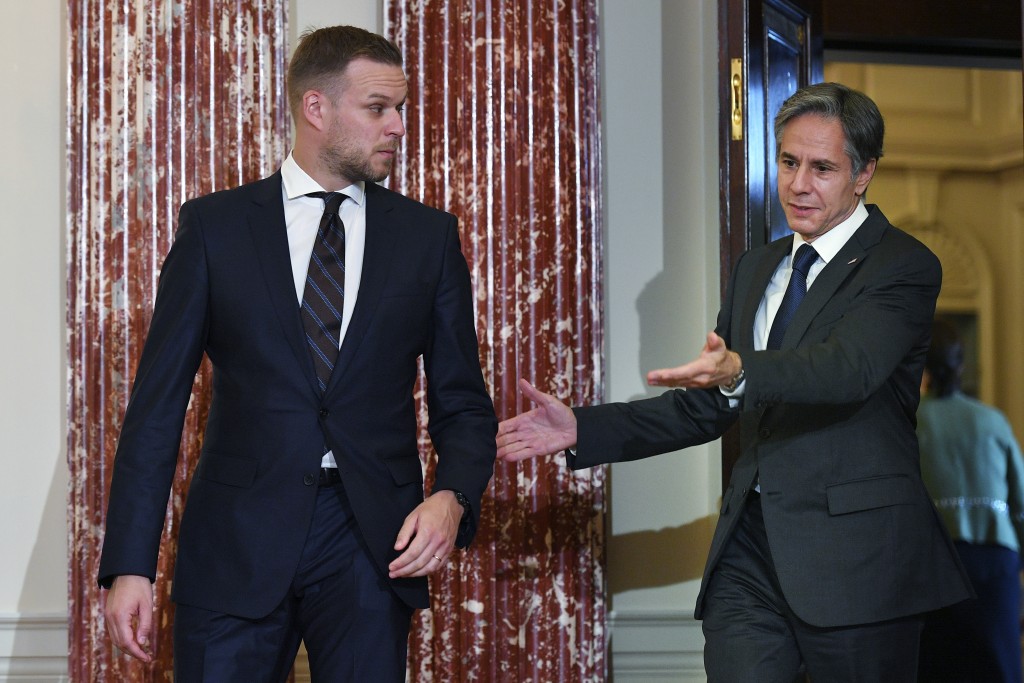 China demanded in August that the Baltic state withdraw its ambassador to Beijing and said it would recall China's envoy in Vilnius after Taiwan announced its office would be called the Taiwanese Representative Office in Lithuania.

Other Taiwan offices in Europe and the United States use the name of the capital Taipei, avoiding a reference to the island itself, which China claims as its own territory.

"We think that economic ties with democratic states are more stable and lasting, they are grounded on the rule of law, so they meet Lithuanian interests better," Landsbergis told reporters in Vilnius on Thursday.

"Lithuania only has itself to blame, it will have to pay for what it did," Chinese foreign ministry spokesman Zhao Lijian told a daily press briefing on Friday. read more

Lithuania said earlier this year it would no longer participate in a Beijing-led trade grouping with Central European countries.