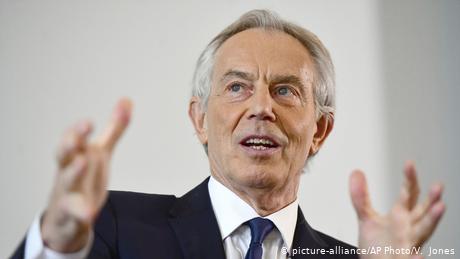 TAIPEI (Taiwan News) — Former British Prime Minister Tony Blair told a forum this week that China needs to understand the West does not view Taiwan in the same way as Hong Kong, adding that views on the subject also run deep outside of China.

Speaking to the Bloomberg New Economy Forum, Blair spoke positively about the virtual summit between U.S. President Joe Biden and Chinese Chairman Xi Jinping (習近平) held Monday (Nov. 18). He said the two rival countries need to work together when possible and be wary of miscalculations.

However, he also praised the U.S. government’s evolving position toward China, emphasizing the West needs to become stronger relative to the communist country. “The Americans are actually coming to the right type of policy posture towards China,” he was quoted as saying, per Bloomberg News.

The former prime minister chalked up some of the world’s troubles with China to the fact that no one actually knows what the rising power wants, whether its goals are merely to develop or to seek some form of global supremacy. While admitting the importance of working with the country, Blair gave the caveat that, “We have to be strong enough to do whatever is necessary."

He cautioned that although the world must make some attempt to understand China and how intensely it cares about its “one China” policy, the country must also understand that the West does not view Taiwan in the same way as it does Hong Kong. “They have to understand that Taiwan is not the same as Hong Kong. And there are very strong views on this in the West,” he said.