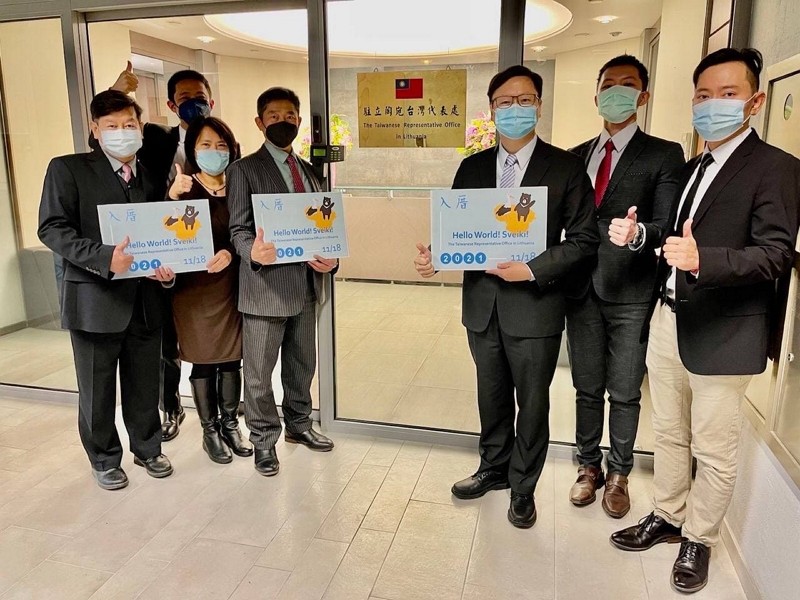 TAIPEI (Taiwan News) — The Taiwanese Representative Office in Lithuania was inaugurated in the country's capital of Vilnius on Thursday (Nov. 18), the first in Eastern Europe to bear a name that includes the word "Taiwan."

Eric Huang (黃鈞耀), the incumbent Taiwanese representative to Latvia, will serve as the first envoy to Lithuania, according to the Ministry of Foreign Affairs (MOFA).

The new office will provide consular services in Lithuania, while the Taipei Mission in the Republic of Latvia will be responsible for affairs in Latvia and Estonia. The two offices will jointly promote Taiwan's ties with the Baltic nations.

There is tremendous potential for cooperation between Taiwan and Lithuania in the areas of semiconductors and fintech. In October, a Taiwanese delegation visited the country to boost trade and investment ties, and the two sides inked six memorandums of understanding.

The establishment of the office is significant because it's the first to use “Taiwan” rather than “Taipei” in a European country with which it does not have formal relations. The move has irked Beijing, which has imposed a series of sanctions on the Baltic country in retaliation.

Lithuania will open its representative office in Taiwan in early 2022, according to Lithuanian Minister of Economy and Innovation Ausrine Armonaite.