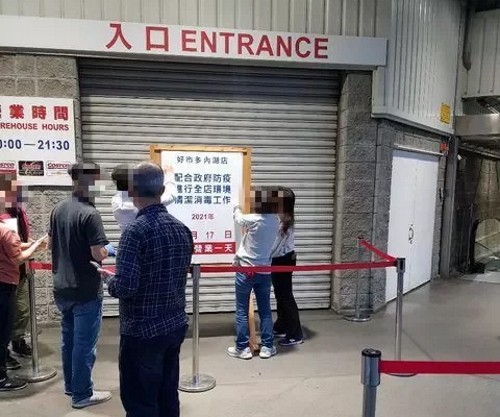 TAIPEI (Taiwan News) — Costco on Wednesday (Nov. 17) shuttered one of its Taipei branches for two days after a member was found to have contracted COVID despite being fully vaccinated.

Customers arriving at the Neihu District store were surprised to find the doors shut during normal business hours on Wednesday. A sign posted outside stated that the store had been closed for cleaning and disinfection in order to cooperate with government epidemic prevention measures.

The Taipei City Department of Health stated that the disinfection was being carried out because COVID case No. 16,614, a Taiwanese woman in her 40s, had recently visited the facility.

She received a dose of the AstraZeneca vaccine on May 4 while staying in India and another on July 27. She tested negative for the virus when she returned to Taiwan on Aug. 20 and tested negative again while undergoing quarantine.

However, because she was preparing to travel abroad again, she underwent another test at a hospital on Nov. 16 and was diagnosed on Nov. 17 with a Ct value of 35. She is asymptomatic but has also tested positive for antibodies for the virus, and the health department has identified two contacts who live with her and have entered isolation. TVBS cited sources as saying that the store had received notice from the health department that afternoon and would be closed all day Thursday (Nov. 18) and reopen Friday (Nov. 19).

In September, the woman's son (case No. 16,147) tested positive with a Ct value of 33. Because the mother had been listed as a contact, she was placed in isolation, but all her tests came back negative.

During a press conference on Thursday, Philip Lo (羅一鈞), deputy head of the CECC’s medical response division, said that the woman had tested negative for IgM antibodies and positive for IgG antibodies. He said this means the infection is relatively old, and given her high Ct value the CECC believes she contracted the virus a few months ago while in India.

Also on Wednesday, World Gym Taiwan announced that "due to the impact of the coronavirus pandemic," its Nanjing branch in Songshan would be closed from 2 p.m. that day and all day Thursday (Nov. 18) in order to follow Taipei COVID regulations. Case No. 16,614 was reported to be a member of the gym. 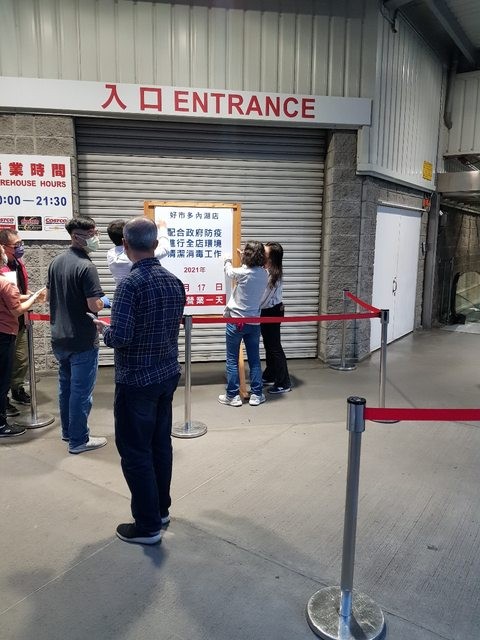 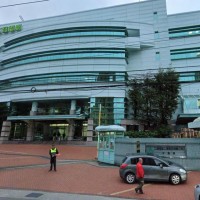 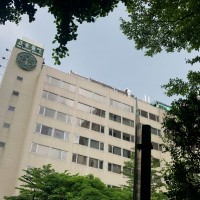