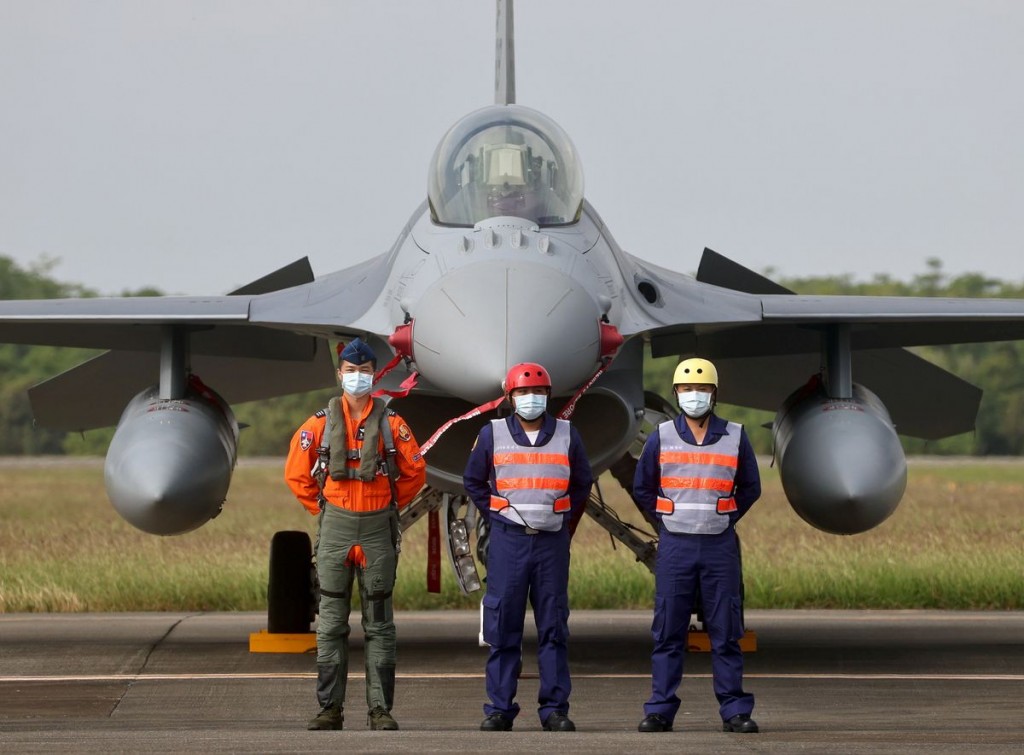 Taiwan President Tsai Ing-wen lauded military cooperation with Washington on Thursday as she commissioned the first combat wing of F-16 fighters upgraded with U.S. help to bolster the island's defences during rising tensions between Taipei and Beijing.

Frequent Chinese and U.S. military exercises in the region have raised fears of conflict touched off by a crisis over democratically-ruled Taiwan, which Beijing claims as its own territory.

Tsai told a ceremony at an air base in the southern Taiwanese city of Chiayi to unveil the first squadron of its most advanced F-16s, the F-16V, that the project showed the firm commitment of the Taiwan-U.S. partnership.

"I believe that as long as we adhere to the values of democracy and freedom, there will be more like-minded countries standing on the same front with us," she said, speaking on the same stage as the top U.S. diplomat in Taiwan, Sandra Oudkirk.

The United States has no official diplomatic ties with Taiwan but is the island's main international backer and arms supplier, to Beijing's fury.

The T$110 billion ($3.96 billion) F-16 ugrade is led by manufacturer Lockheed Martin Corp (LMT.N) and Taiwan's Aerospace Industrial Development Corp (AIDC), and is the latest example of military cooperation between Washington and Taipei.

Taiwan has been converting 141 F-16A/B jets into the F-16V type, 64 of which have already been upgraded, and has additionally ordered 66 new F-16Vs, which have new avionics, weapons and radar systems to better face down the Chinese air force, including its J-20 stealth fighter.

To a backdrop of dance music broadcast over the air base, the F-16s showed off their metal with combat take offs and landings, and flying low in formation above the runway.

Tsai said that as more F-16Vs entered service, Taiwan's defences would be "even stronger".

Taiwan's air force is well trained but dwarfed by China's.

The United States in 2019 approved an $8 billion sale of F-16 fighter jets to Taiwan, a deal that would take the island's F-16 fleet to more than 200 jets, the largest in Asia.

China has announced sanctions on Lockheed Martin for selling arms to Taiwan.