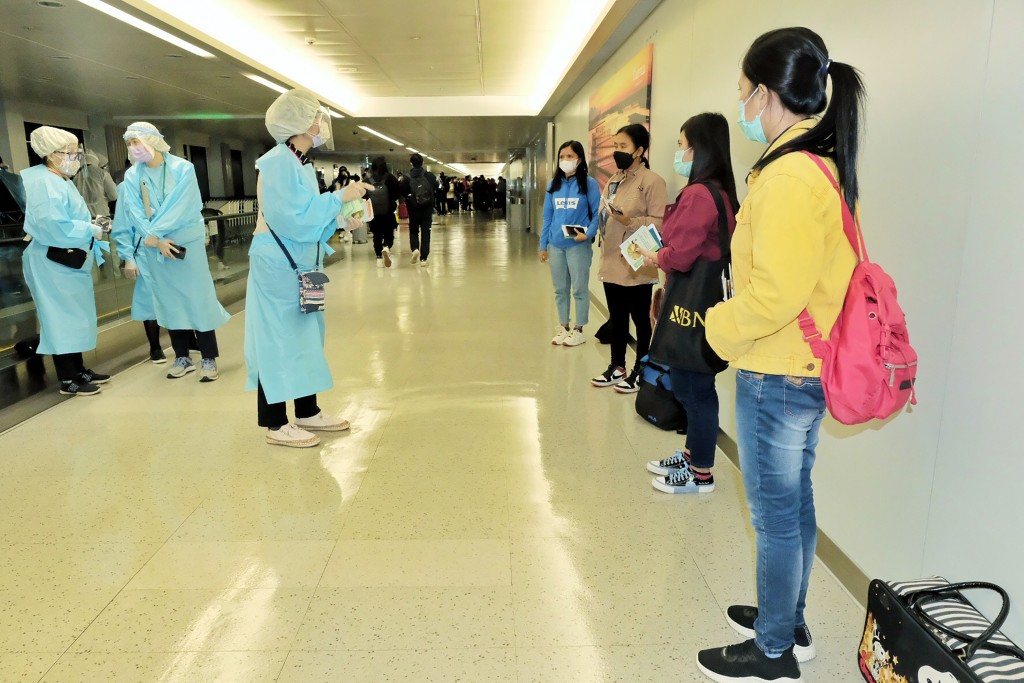 One of the migrant workers said through an interpreter that she had originally planned to come two years ago but had been unable to because of the pandemic. Another arrival said that she had waited for over a year to finally make the trip and was very happy to be able to work in Taiwan.

According to Taoyuan International Airport authorities, rapid COVID tests were administered on the migrant workers after they entered the country before they were transported to their respective quarantine facilities. In the event that any of the workers experience symptoms of the virus, arrangements will be made for another test and additional quarantine measures. On Nov. 11, the CECC announced that Taiwan would reopen its borders to migrant workers in two stages. During the first stage, which is set to run until Feb. 14, 2022, all migrant workers entering the country will be sent to a quarantine center for 14-days followed by seven days of self-health monitoring.