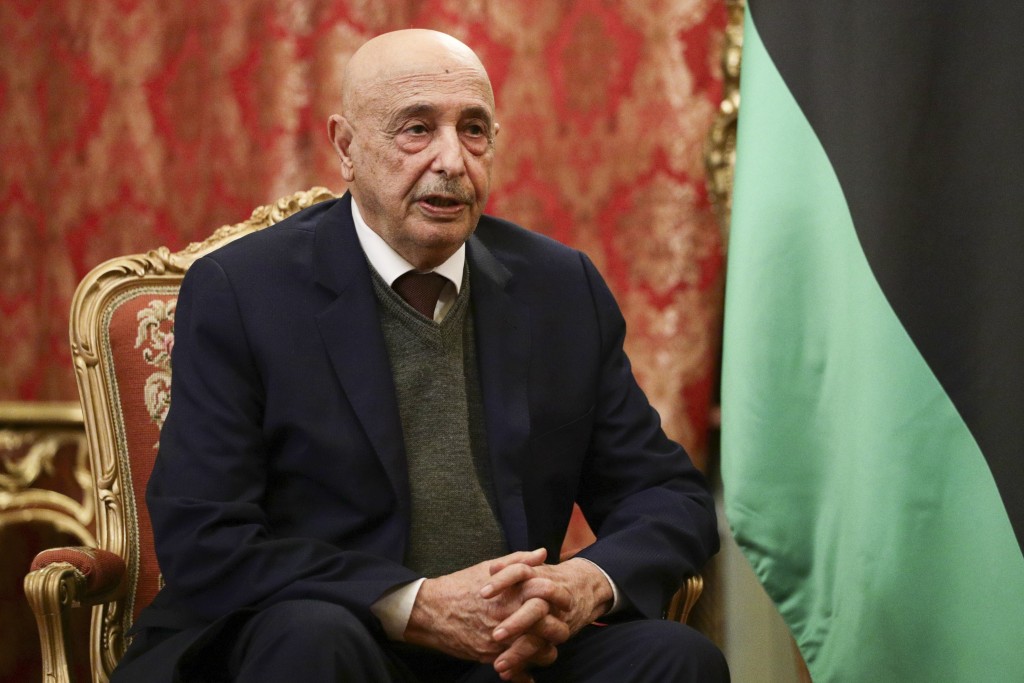 BENGHAZI, Libya (AP) — Libya’s influential speaker of parliament announced late Wednesday that he will be running for president, making him the latest candidate to join the race for the country’s highest office after years of civil war.

Aguila Saleh, 77, who has led the country’s House of Representatives since 2014, announced his candidacy in a video statement. The elections are supposed to be held Dec. 24, but face growing uncertainty after two controversial candidates declared they are running. In the past week, a son of the country’s late dictator Moammar Gadhafi and powerful military commander Khalifa Hifter have submitted their bids to run.

Saleh has been a fixture on Libya’s political scene in recent years. The body he heads came to power through elections in 2014 that ended up being contested. In the aftermath, the country split further into territories with rival authorities, and the lawmaking body fled from the capital of Tripoli to the eastern city of Tobruk after a court ruled it was no longer legitimate.

“We are working to overcome the past, and close the chapter of conflict, and to embark on the future,” Saleh, a former judge, said in Wednesday's video statement.

Libya has been wracked by chaos since a NATO-backed uprising toppled longtime dictator Gadhafi in 2011, who was later killed.

The oil-rich nation has for years been split between a government in the east, backed by military commander Khalifa Hifter, and a U.N.-supported administration in Tripoli, aided by Western-based Libyan militias. Each side has also had the support of mercenaries and foreign forces from Turkey, Russia and Syria and different regional powers.

Since February, a unity government that was appointed by U.N.-led talks has been meant to lead the country to the December elections. In recent days, two high profile but controversial candidates have come forward.

Hifter announced his candidacy Tuesday, while Seif al-Islam Gadhafi, the son and one-time heir apparent of the late dictator, filed his official candidacy papers Sunday in the southern town of Sabha. Seif al-Islam, who is wanted by the International Criminal Court on charges of crimes against humanity, spent recent years in hiding after he was released from a militia-run prison in the town of Zintan in June 2017.

Hifter, meanwhile, led forces that previously besieged Tripoli in a year-long campaign to try to capture the capital, and he is a defendant in at least three separate federal lawsuits filed in a U.S. court where plaintiffs allege their loved ones were killed or tortured by his forces.

Other obstacles to the vote include occasional infighting among armed groups, the deep rift that remains between Libya’s east and west and the presence of thousands of foreign fighters and troops.

Saleh also handed over his duties three months before election day to become eligible to run. Hifter and Saleh have often acted as allies in past years. The lawmaker appointed Hifter as supreme commander of the forces he leads in 2015.