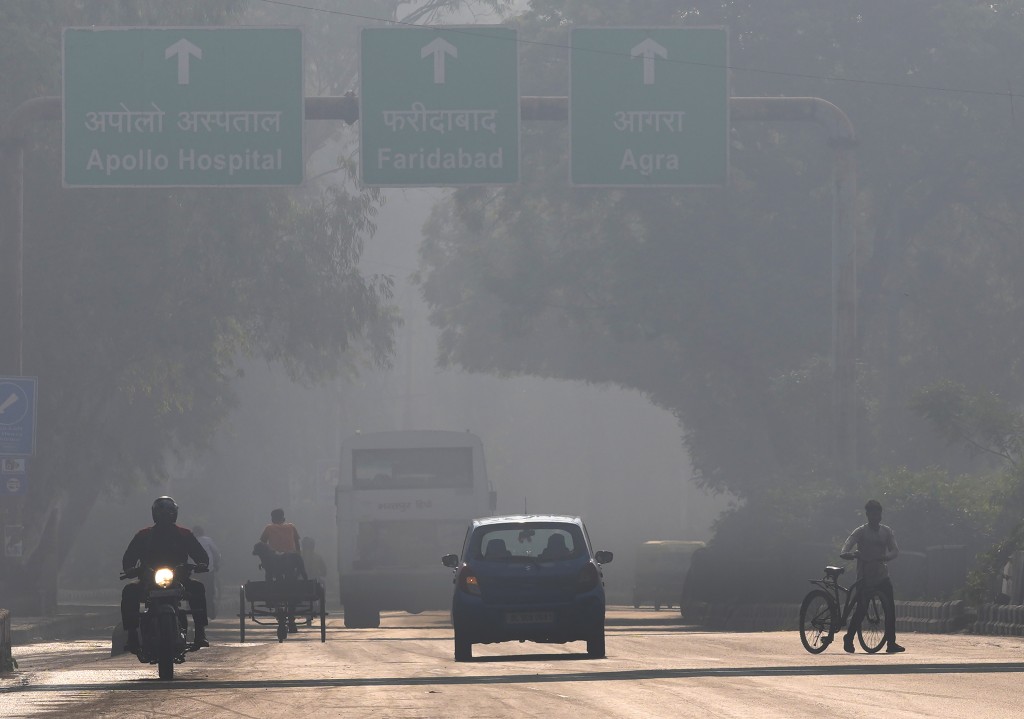 WASHINGTON (AP) — New Delhi struggles with pollution year-round, but the problem becomes acute during fall and winter months. On Wednesday, the concentration of tiny pollution particles was nearly 30 times above the level deemed safe over a 24-hour period by the World Health Organization.

Around the world, researchers closely track levels of airborne particulate matter less than 2.5 microns in diameter — known as PM 2.5 — because it can lodge in the lungs and other organs, causing long-term health damage. In 2020, 13 of the 15 cities with the most polluted air were in India.

In northern India, “the autumn spike in air pollution relates in part to the annual burning of crop residue in fields," said Deborah Seligsohn, an Asia air pollution expert at Villanova University. Other sources of air pollution include vehicle emissions, trash burning, electricity production and heavy industry, including steelmaking and brick kilns.

It remains unclear how much of an impact a proposed “ pollution lockdown " will have on New Delhi's air pollution, she said.

While the New Delhi government has already closed city schools and shown willingness to impose a broader emergency weekend lockdown — similar to the one implemented during the pandemic — it doesn't have the power to shut down traffic and industry regionally.

“This lockdown would be in New Delhi, but a significant portion of Delhi's air pollution doesn't come from the city itself — it's a regional air shed," said Seligsohn.

While greater awareness of air pollution in India in recent years in has led to more government attention, it remains a difficult problem to solve, she said.