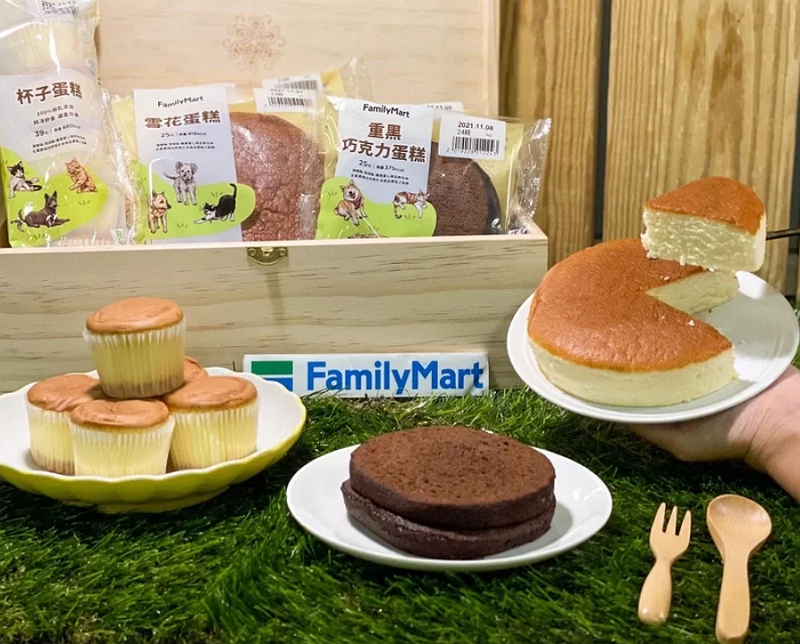 TAIPEI (Taiwan News) — FamilyMart has kicked off a campaign to help sheltered animals in Taiwan that are facing an acute food shortage due to the drop in aid amid the COVID-19 pandemic.

Members of the convenience store chain's loyalty program can donate points they accumulate from their purchases at FamilyMart stores using the company’s mobile device app. Non-members can buy any of three designated cake products, and the chain will donate the points accordingly.

The three selected desserts are well-received sponge cakes priced at NT$25 (US$0.89) to NT$39 that come in milk, vanilla, and chocolate flavors. According to FamilyMart, 1.5 million of each type are sold annually.

The points collected through the event will be converted to food to be channeled to shelters for stray dogs and cats. The campaign, which runs until Jan. 11, aims to amass 150 million points, which can feed 20,000 strays at over 140 facilities nationwide, reported UDN.

This is part of the retailer’s effort to encourage giving away points to help disadvantaged groups, having raised 100 million points on average every year since 2018. Last year the charitable drive began to aid homeless animals, leading to a donation of 17,000 kilograms of food to a park housing felines and canines run by the Animal Protection Association in New Taipei.