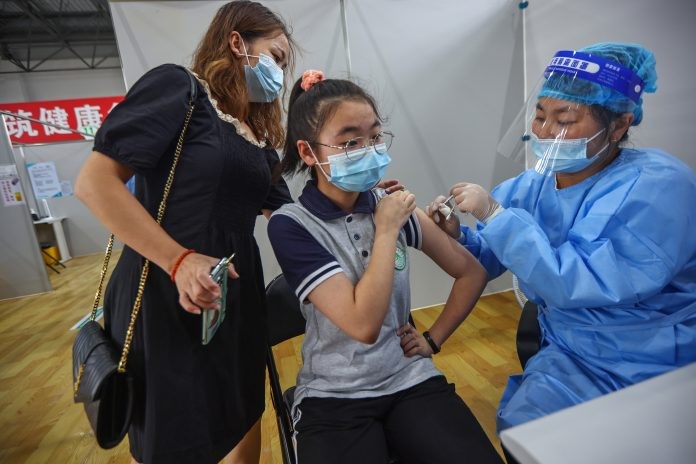 TAIPEI (Taiwan News) — The Central Epidemic Command Center (CECC) on Wednesday (Nov. 17) announced that it will make a decision on whether to resume second doses of the Pfizer-BioNTech (BNT) COVID vaccine for children between 12 and 17 by the end of the month.

During a press conference that afternoon, a member of the media asked CECC Spokesman Chuang Jen-hsiang (莊人祥) whether children between the ages of 12 and 17 can continue to receive their first dose of the BNT vaccine given the current moratorium on the second dose. Chuang responded that appointments for the first jab can continue to be made for children in that age group.

As for the second dose, Chuang said the Ministry of Health and Welfare’s Advisory Committee for Immunization Practices (ACIP) will meet at the end of November to discuss whether to reinstate the second BNT shot for that demographic. Chuang pledged that he will announce any resolution that results from the meeting to the media.

On Nov. 10, CECC head Chen Shih-chung (陳時中) announced that a panel of experts from the ACIP had decided to suspend the administration of the second dose for children between 12 and 17 for two weeks due to concerns over an increased risk of myocarditis. Chen said that Centers for Disease Control (CDC) physicians would investigate 16 reports of myocarditis occurring among adolescents following their second BNT dose, before finalizing its decision on whether to resume second shots.