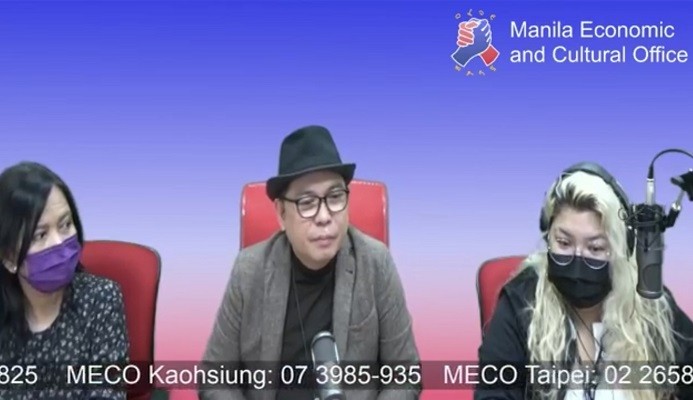 TAIPEI (Taiwan News) — The Philippine representative office in Taiwan has said it is doing everything within its power to facilitate the entry of Filipino workers into the country.

MECO on Tuesday (Nov. 16) issued a statement giving an assurance that "no effort is spared to hasten the reopening of Taiwan’s doors to Filipino workers." Citing Chavez's comments on Friday, MECO wrote that Taiwan "imposes its own requirements to labor-sending countries. And because there are many such requirements, it has to be discussed with the stakeholders in Manila. That matter is not in the hands of either the POLO or MECO."

Chavez said these requirements include multiple rounds of RT-PCR tests during the quarantine and mandatory self-health monitoring periods prior to employment in Taiwan, the designation of quarantine facilities, and the accreditation of testing centers in Manila. He stated that as soon as the Taiwanese government had released these requirements, MECO sent them to the Philippine government.

The labor attache explained that the reason Taiwan has only allowed in Indonesian workers thus far is probably that caregivers from the country have chosen to work in factories, increasing the demand for Indonesian caregivers. He added that Taiwan's government is likely taking into account the number of COVID cases in workers' countries of origin and that Indonesia currently has a lower number than other sources of labor, such as the Philippines, Vietnam, and Thailand.

Chavez reminded Filipinos that it is the prerogative of the Taiwanese government to choose which countries it will prioritize. Nevertheless, he stressed that "we are doing everything we can. We know how difficult it is for those who are now stranded in the Philippines. However, there are still policy issues that must be settled first."

Minister of Labor Hsu Ming-chun (許銘春) on Monday (Nov. 15) announced that the first group of Indonesian migrant workers could start entering Taiwan as soon as Wednesday (Nov. 17). Minister of Labor (MOL) Workforce Development Agency Director-General Tsai Meng-liang (蔡孟良) on Nov. 11 said that Thailand has already clearly committed to cooperating with Taiwan's epidemic prevention measures and therefore has a "great opportunity to be the next country that Taiwan will open (to migrant workers)."

Under the MOL's point-based system, points will be allotted based on a migrant worker's vaccination status, the COVID situation in their country, and the epidemic prevention plan of their prospective employer. In terms of cases in countries that send migrant workers to Taiwan, Indonesia as of Monday has the lowest seven-day average with 381, followed by the Philippines with 1,888, Thailand with 7,023, and Vietnam with 8,352, according to Johns Hopkins University.