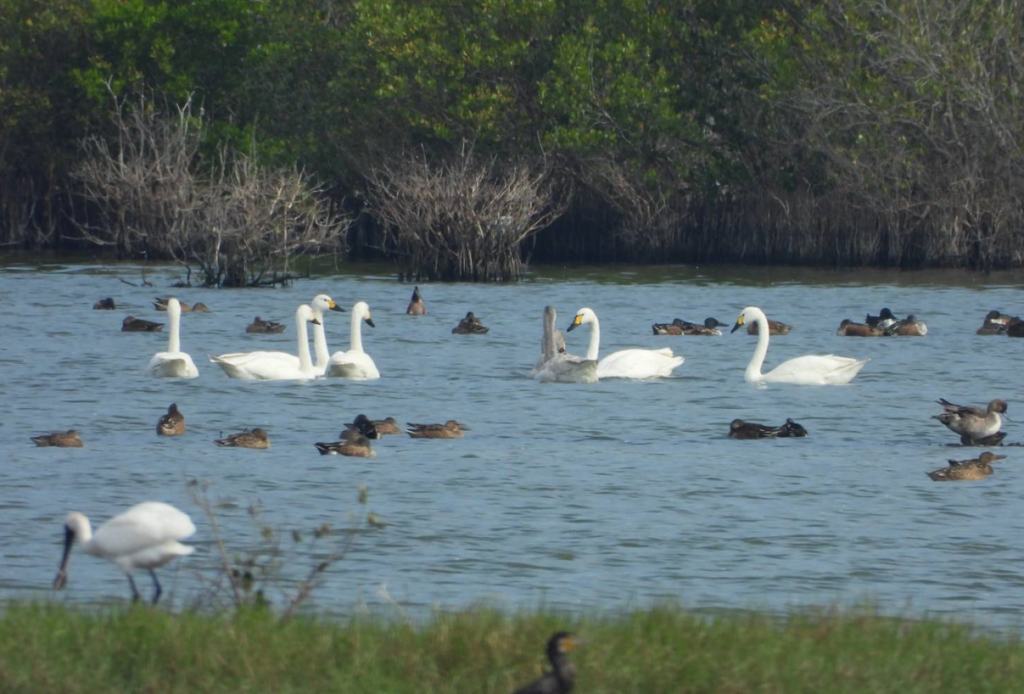 According to the Chiayi Forest District Office, the migratory birds are born in Northern Europe and the northernmost parts of Asia and migrate to lower latitutes in Europe, Central Asia, China’s Yangtze River region and southeastern coast, as well as Japan for the winter. In Taiwan, tundra swans are extremely rare, and the last sighting at the Aogu Wetlands was in 2019, when a single chick visited.

The group currently in the wetlands consists of 11 adults and seven chicks. Adult tundra swans are large, snowy-white birds with long necks and beaks with a bright yellow base, while young birds are light gray with a pink beak base.

The Forest District Office urged those who plan to go birdwatching at the Aogu Wetlands to remain quiet and avoid approaching or disturbing local wildlife.

While tundra swans have a stable population and are categorized as a “least concern” species by the International Union for Conservation of Nature's (IUCN) Red List, they face threats stemming from climate change, hunting, and pollution. 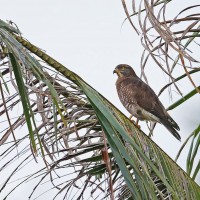 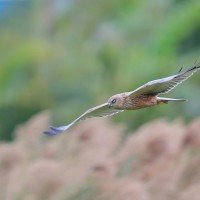 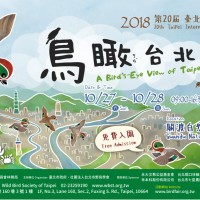