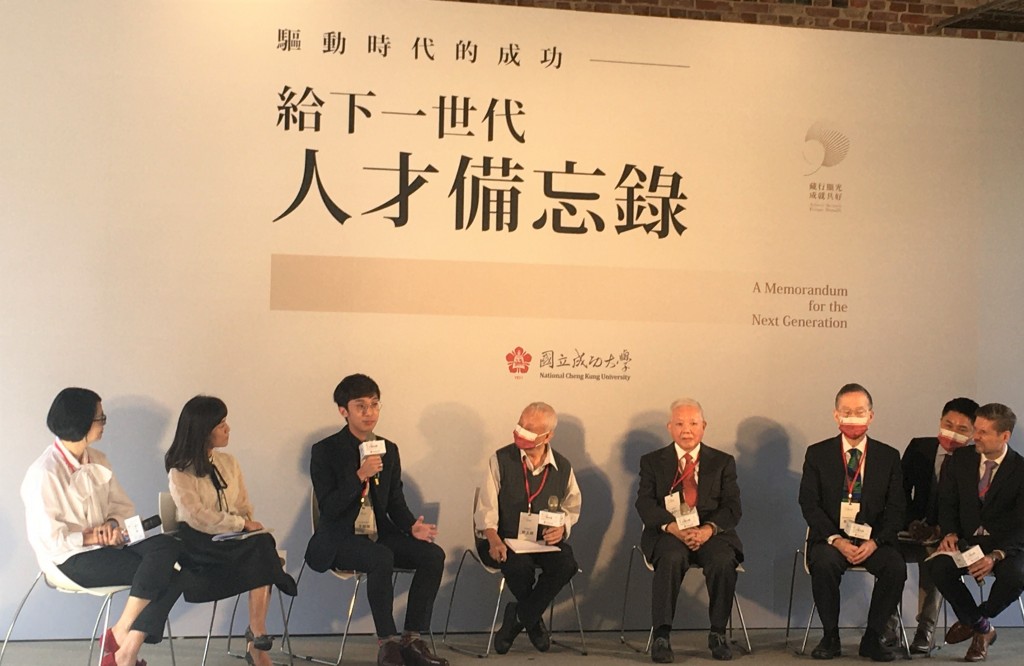 Titled “A Memorandum for the Next Generation,” the new book analyzes enterprises' needs and devises strategies for higher education to meet these needs.

The report lists key strategies to best prepare youth for the future. It sees defining problems as the first step to alleviating some pressures they will face.

“We must first abandon the urge to find ‘standardized’ solutions, the report says. It quotes Dr. Eugene Chien (簡又新), chairman of the Taiwan Institute of Sustainable Energy as saying, “We must learn to look at problems from a bird's-eye view to define the problem before seeking solutions.”

This report, which combines both qualitative and quantitative research, is Taiwan's first in-depth discussion about future talent issues in 10 years. Its timing is also significant, as this year is the 90th anniversary of the founding of NCKU.

The university, which is located in Tainan, has been at the center of every major technological transformation and advancement in Taiwan, including the sugar, oil, and petrochemical industries as well as the development of AI, pharmaceuticals, and green energy, the report says. 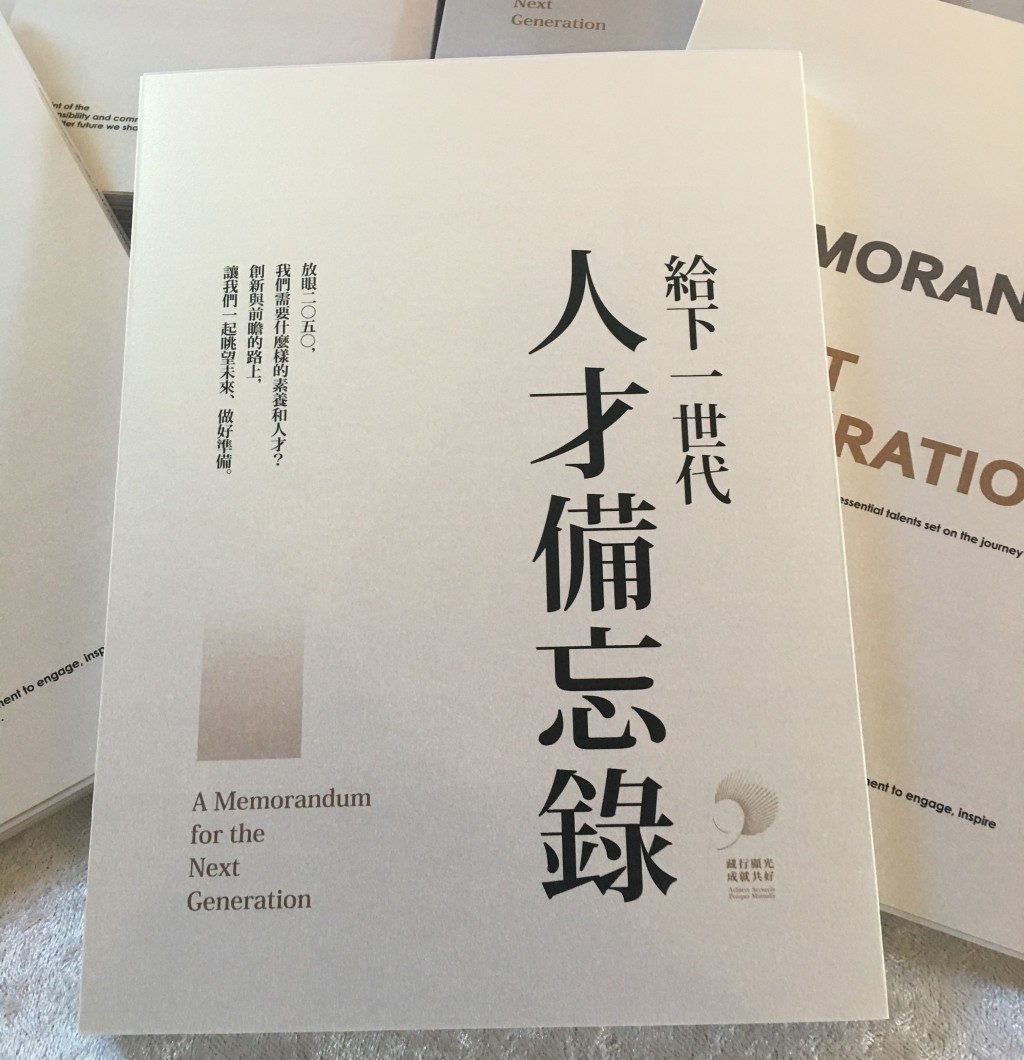 Su said that the university has already been working to cultivate talents and has been discussing their potential as well as challenges they will face. She said the most important things for society to remember throughout this arduous process are to never sacrifice integrity, always maintain professionalism, and uphold core values.

The university president added that NCKU looks forward to being courageous, forward-thinking, and responsible, and relying on values in order to achieve a great society.

Liu stressed that health, medicine, and human resources would be some of the most pressing issues of the future and said that Taiwan should focus on "reskilling and upskilling" its workforce.

She said that the next generation should learn to problem-solve and communicate better, adding that qualities such as imagination, astuteness, critical thinking, interdisciplinary wisdom, curiosity, being open to new ideas, and focusing on the common good should be encouraged.

Li mentioned that professors should not be afraid to let students make mistakes. He also said students should practice how to “explore” different possibilities in not only their own field of study but also others.

He said one-on-one cultivation is an effective way to develop talent as well as create a safe space so people can stay true to themselves. He also said that young Taiwanese should protect one another and enjoy good mental health.

Tseng said that research integrity is something students need to truly understand in order to progress. He also said increasing knowledge and experience among youth is vital because the world is drastically changing at a rapid pace.

People must deal with the complexity of future events and quickly adapt to the speed of change, he said. The academic added that to address these global challenges, entropy and an interdisciplinary approach are necessary.

He stressed that people should always be learning, no matter how old they are.

Meanwhile, Ho said the next generation should try to retain everything they have learned and not fear failure, as experience accumulated during the trial-and-error process will become the driving force for the next breakthrough.

Chien pointed out that former U.S. Secretary of State John Kerry once said the technology people have today will no longer exist in 30 years. The TAISE president said students should learn how to learn and remarked that in terms of getting things done, Taiwan’s current workforce is good at following orders.

Reeves listed the environment, global health, peace and security, and stability as interrelated issues. Therefore, current and future education should focus on interdisciplinary studies for students to be successful, he said, adding that students must also become global citizens. 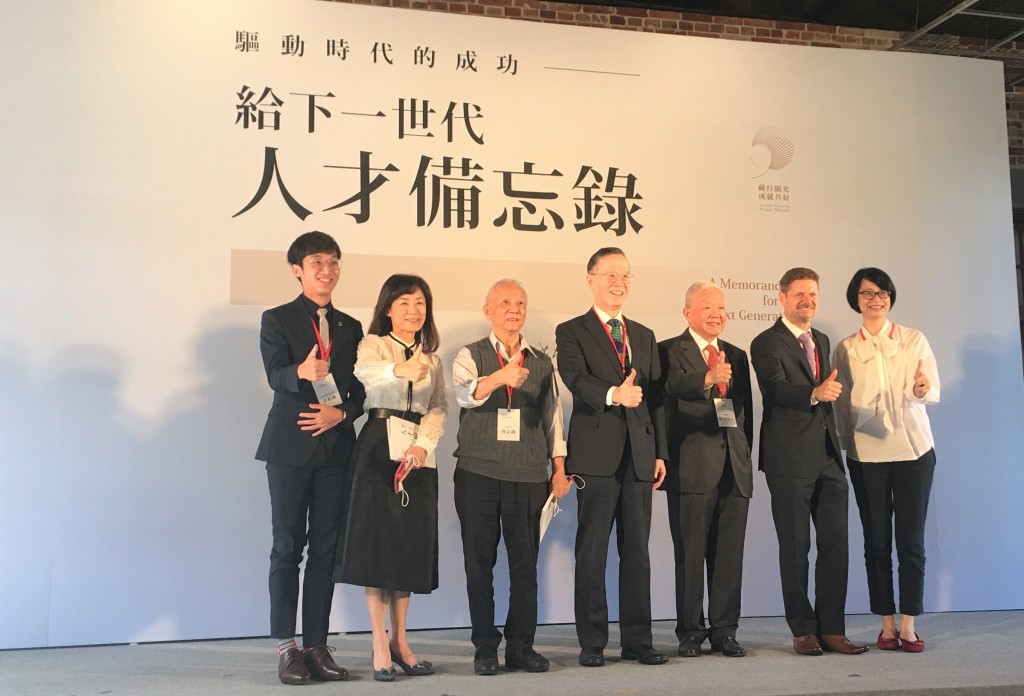