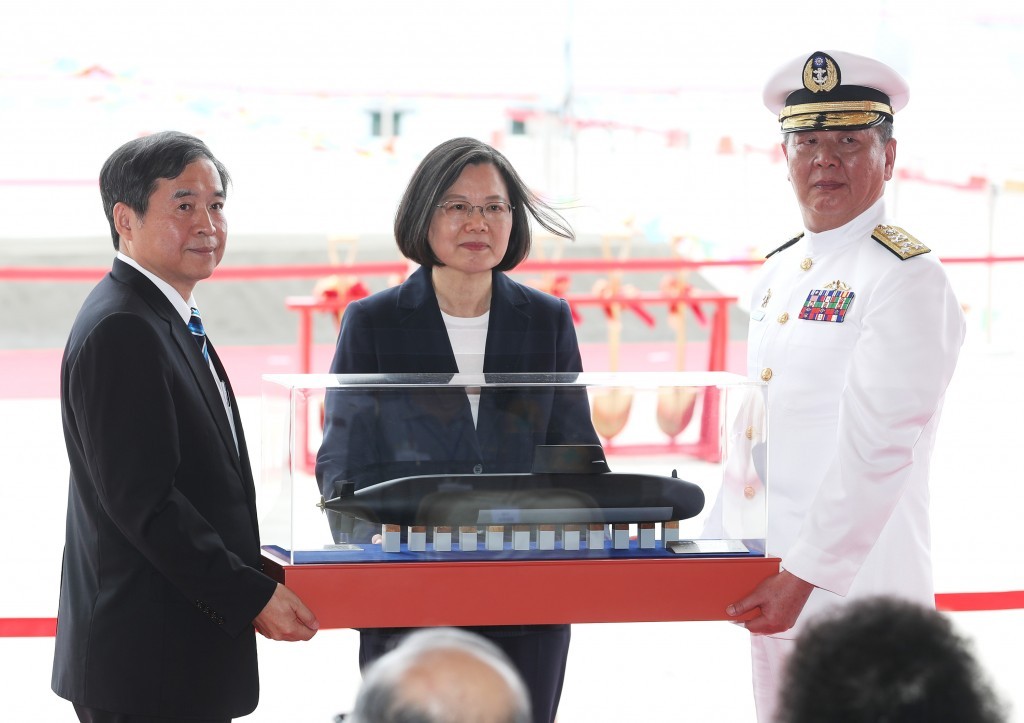 While submarines do not have a keel, the term, which is common in shipbuilding, was used to refer to the completion of a connection between the tower-like structure at the top of the submarine and the hull, Newtalk reported. Pressure tests were also included in the current phase of the construction, according to the report.

Admiral Liu Chih-pin (劉志斌), who presided over Tuesday’s ceremony, emphasized safety and confidentiality as two key elements allowing the construction of the first Taiwan-made submarine to proceed on schedule.

The project forms a key part of the government’s plan to have Taiwan produce as many of its own weapons systems as possible, from submarines and armored vehicles to missiles and airplanes.

Tuesday’s ceremony, which was closed to the media, reportedly took place in Kaohsiung, where CSBC Shipbuilding Corporation’s shipyard is working on the submarine.