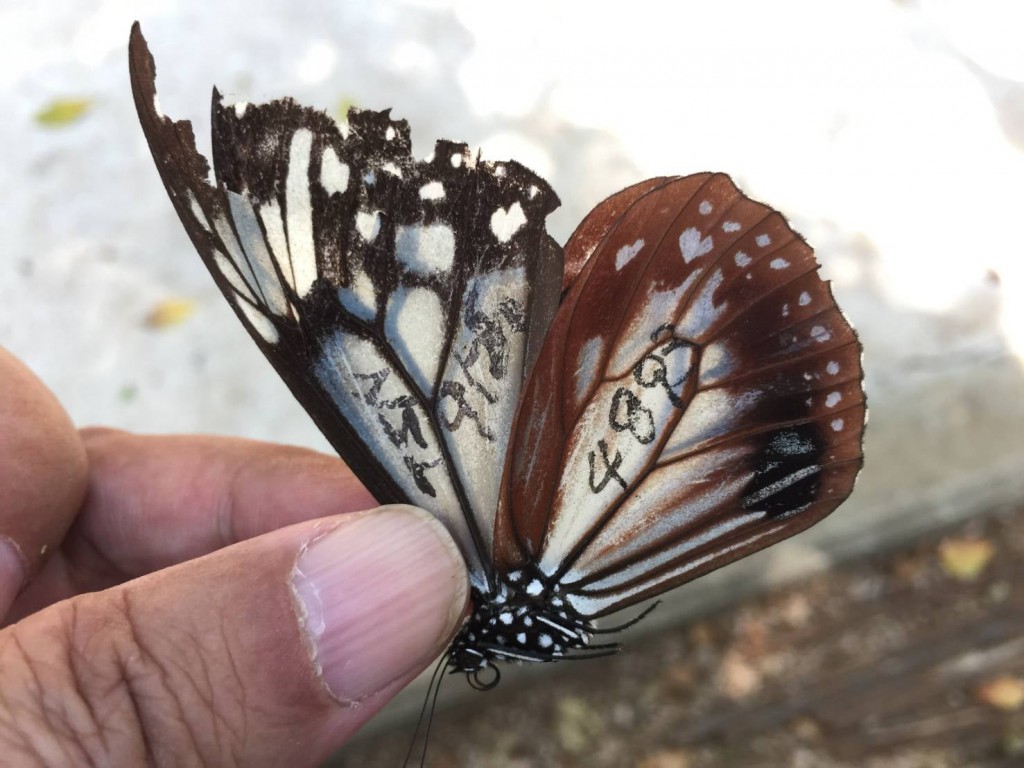 TAIPEI (Taiwan News) — A blue tiger butterfly released in Japan’s Toyama Prefecture on Sept. 25 was captured in Taiwan’s outlying island county of Penghu after flying over 2,277 kilometers in 46 days.

On Wednesday (Nov. 10), a Facebook user named Freedom Hsu congratulated Wang Tzu-pei (王子培) and Lee Tsui-ling (李璻玲) in the group "Blue Tiger Tattoo Club" for recapturing blue tigers marked in Japan for the third year in a row. The insect’s wings appear to be well-worn in featured photos.

The Toyama Outdoor Natural Museum confirmed in the comments on Friday (Nov. 12) that a blue tiger butterfly bearing markings from Japan was tagged by its researcher Nagasaki Kiichi. “TSN 9/25” was written on the butterfly’s forewing and “4893” on a hind wing.

According to CNA, this is the greatest distance on record that a blue tiger butterfly has flown from Toyama. The head of the Toyama Outdoor Natural Museum was cited as saying the insect may have ridden an updraft, but it is still rare for one to travel so far.

Blue tigers are well known for their long-distance migratory behavior. However, the exact pattern of migration remains a mystery. Therefore, researchers all around Japan study the butterfly, per CNA.

The longest distance a blue tiger has been recorded as flying is around 2,500 km, logged when one tagged and released in Japan’s Wakayama Prefecture was discovered in Hong Kong, CNA reported. The previous record for a butterfly flying from Toyama was around 2,000 kilometers to Yonaguni, Okinawa.