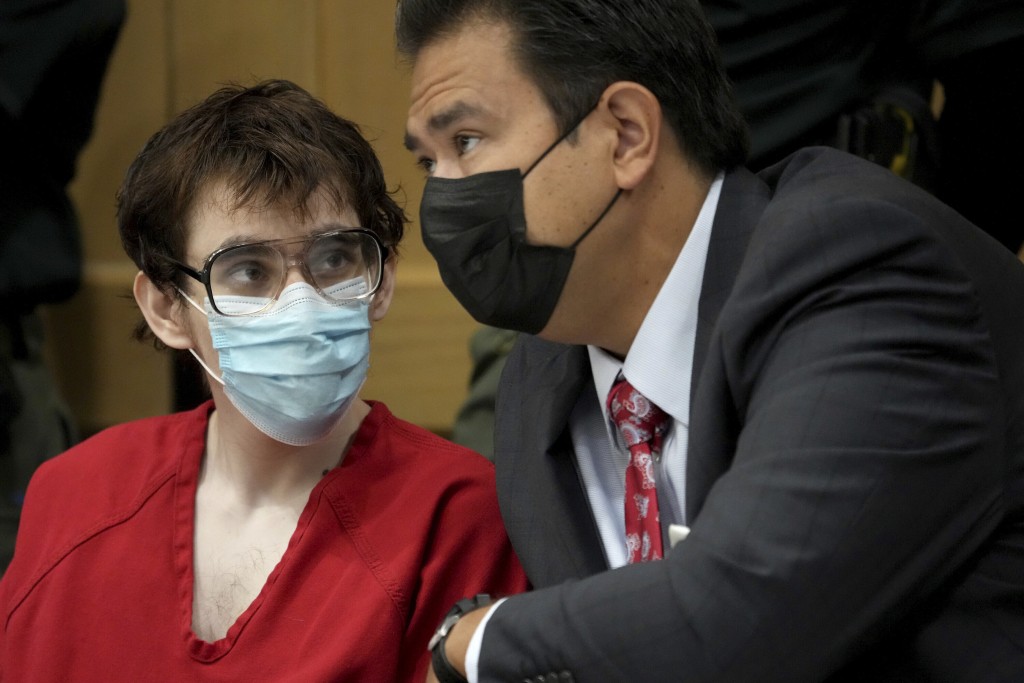 FORT LAUDERDALE, Fla. (AP) — Attorneys for Florida high school shooter Nikolas Cruz told a judge Monday that detectives made false statements to get the search warrants allowing them to seize evidence from his cellphone and bedroom, including an argument over whether burgundy and maroon are the same color.

The attorneys want Circuit Judge Elizabeth Scherer to bar prosecutors from showing jurors the videos, photos and messages found on his phone and guns, ammunition and other items seized from the friend's home where he was living when he murdered 17 people at Marjory Stoneman Douglas High in Parkland.

Cruz, 23, faces trial starting in January to determine if he will be executed or receive a life sentence without parole for the Feb. 14, 2018, massacre. He pleaded guilty last month to murdering 14 students and three staff members and the attempted murder of 17 others who were wounded.

Assistant public defender Nawal Bashimam told Scherer that Broward County sheriff's detectives John Curcio and Walter Foster made false statements to the magistrate who granted the home and phone search warrants. She questioned both detectives Monday, getting into minute details of the affidavits they wrote hours after the shooting seeking the warrants.

Bashimam said the detectives falsely claimed that security guard Andrew Medina had identified Cruz as the shooter. A transcript of the guard speaking to detectives shortly after the shooting show he could not immediately remember the name of the suspicious person he spotted entering campus, only that he was a troubled former student. Cruz had been expelled a year earlier after a history of threatening, frightening, unusual and sometimes violent behavior that dated back to preschool. Medina later remembered Cruz's name when reminded by another guard.

The detectives wrote Medina heard gunshots after Cruz entered the building. Medina had said he heard “pow, pow, pow” numerous times, but only later said they were gunshots. They wrote Medina called a “code red,” but he never did. Bashimam pointed out that both detectives wrote that Medina said Cruz was wearing a maroon shirt, but he actually said the suspect's shirt was burgundy.

Both detectives said their statements were accurate paraphrases of Medina’s statement based on its entirety and were not meant to be direct quotes. Curcio also pointed out that Cruz had confessed and that was included in the affidavits.

At one point, Scherer stopped Bashimam, saying she thought burgundy and maroon were the same color. Bashimam argued that they are different but in any case, the detectives didn't use the word Medina used.

Assistant state attorney Nicole Chiappone told Scherer that the detectives' affidavits to the magistrate were accurate and if there were errors, they were minor and would not have changed the magistrate's findings of probable cause to issue the warrants.

Scherer said she would rule later. She did deny several defense motions asking her to declare Florida's death penalty statute unconstitutional, saying that has already been decided by the state Supreme Court.

At the upcoming penalty trial, prosecutors will present evidence of the shooting, including security video that reportedly shows many of the killings in graphic detail. Prosecutors say Cruz shot victims with an AR-15 semiautomatic rifle, sometimes returning to the wounded to kill them with additional shots.

If the evidence is allowed, prosecutors also will show evidence that Cruz had long planned the attack and made threats through cellphone videos. There will be testimony from students and teachers who were in the building, including some of the wounded.

Prosecutors also will present testimony from the victims’ parents and spouses to demonstrate the toll the deaths have had on families and the community.

The defense will then present mitigating evidence that will likely include testimony about Cruz’s life, including his long history of mental and emotional instability, his father’s death when he was 5 and his mother’s death less than four months before the shootings, when he was 19.

To impose a death sentence, all 12 jurors must agree. If they do, Scherer will make the final decision.