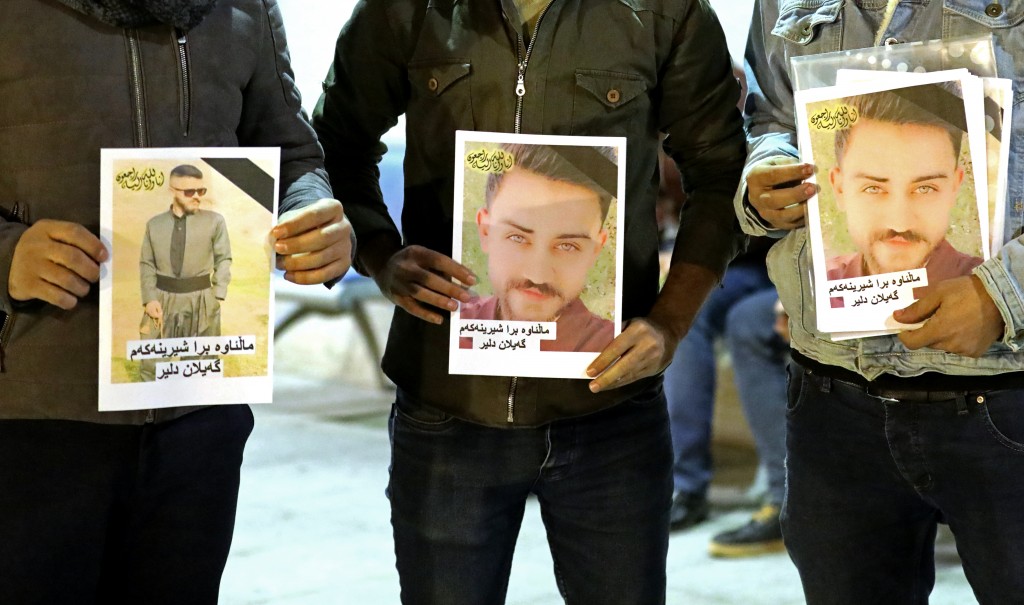 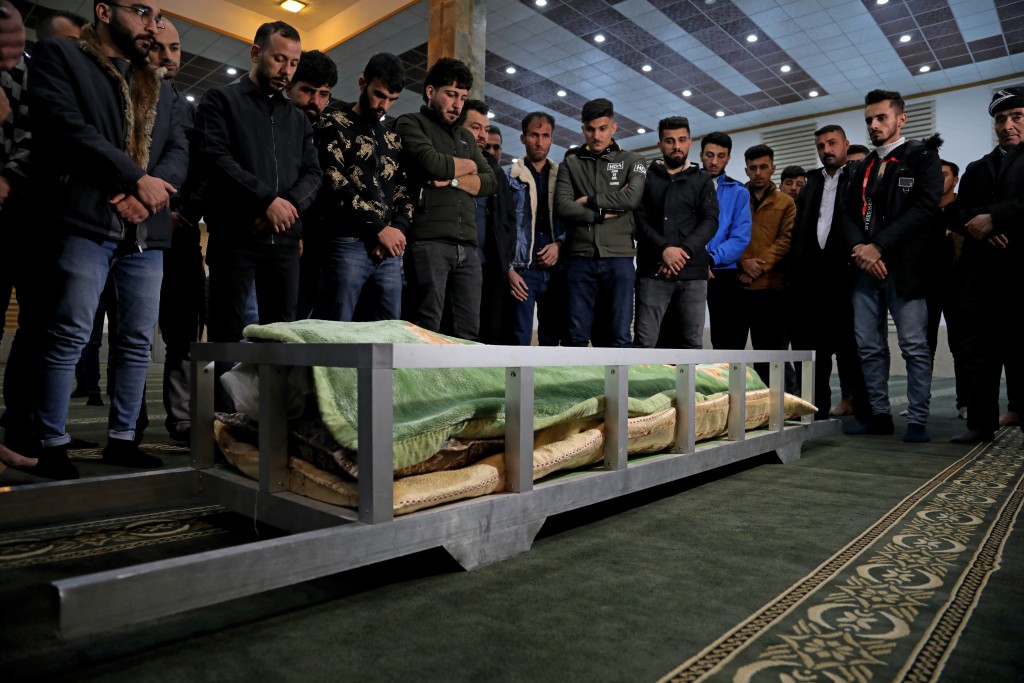 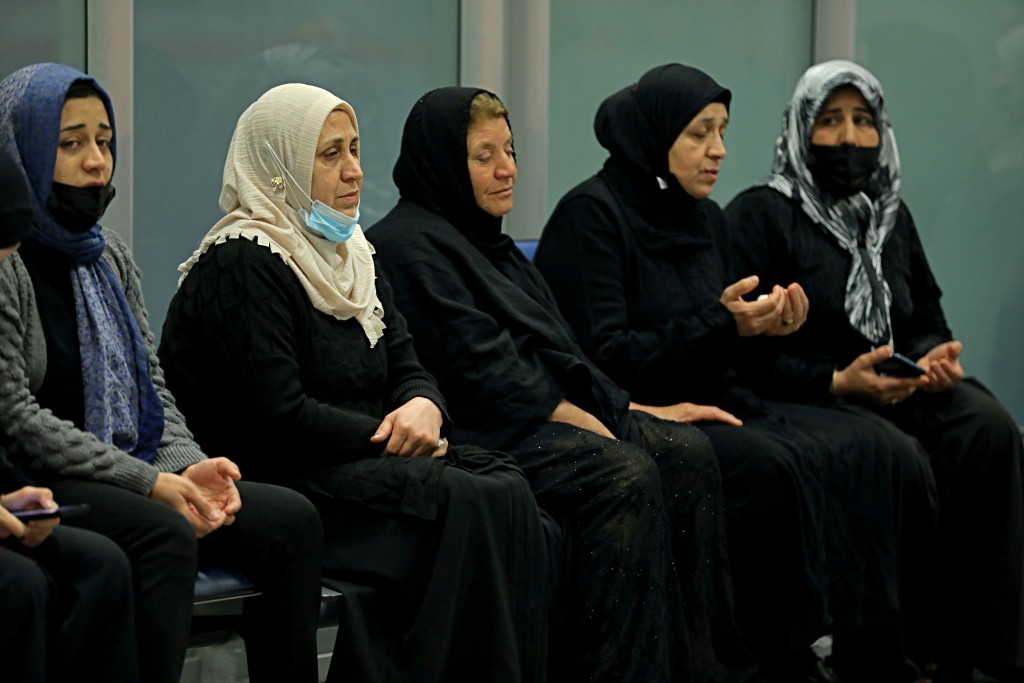 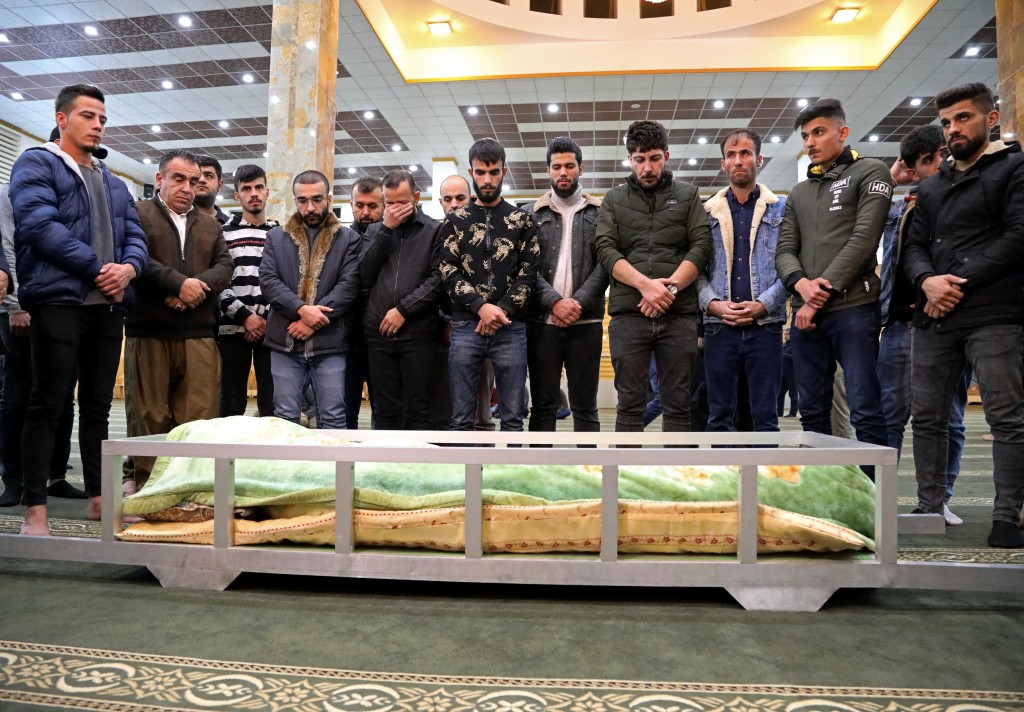 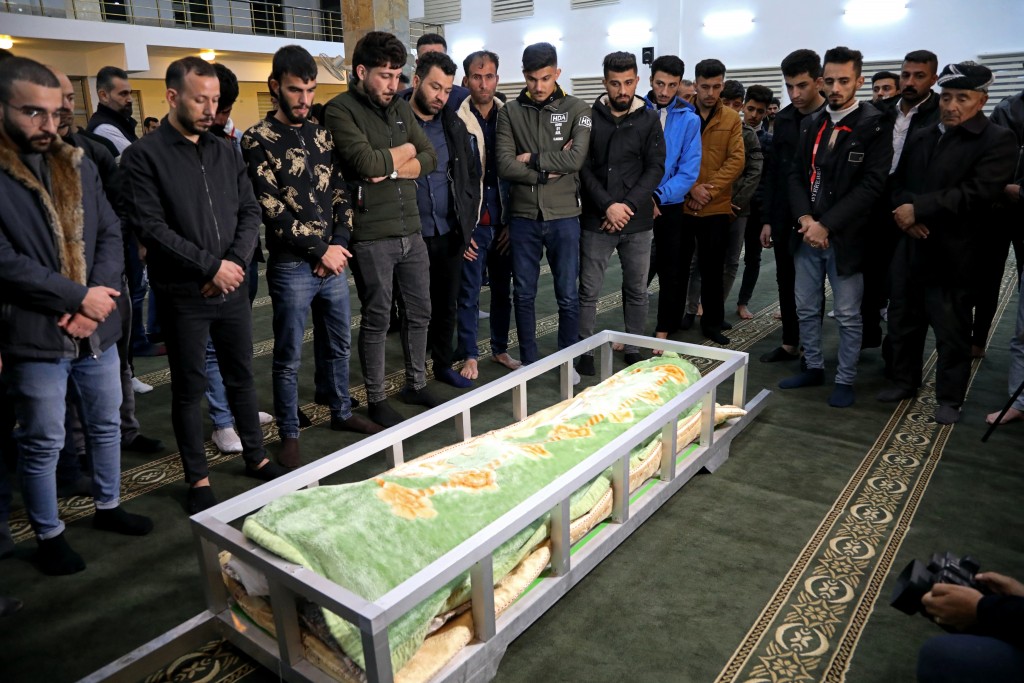 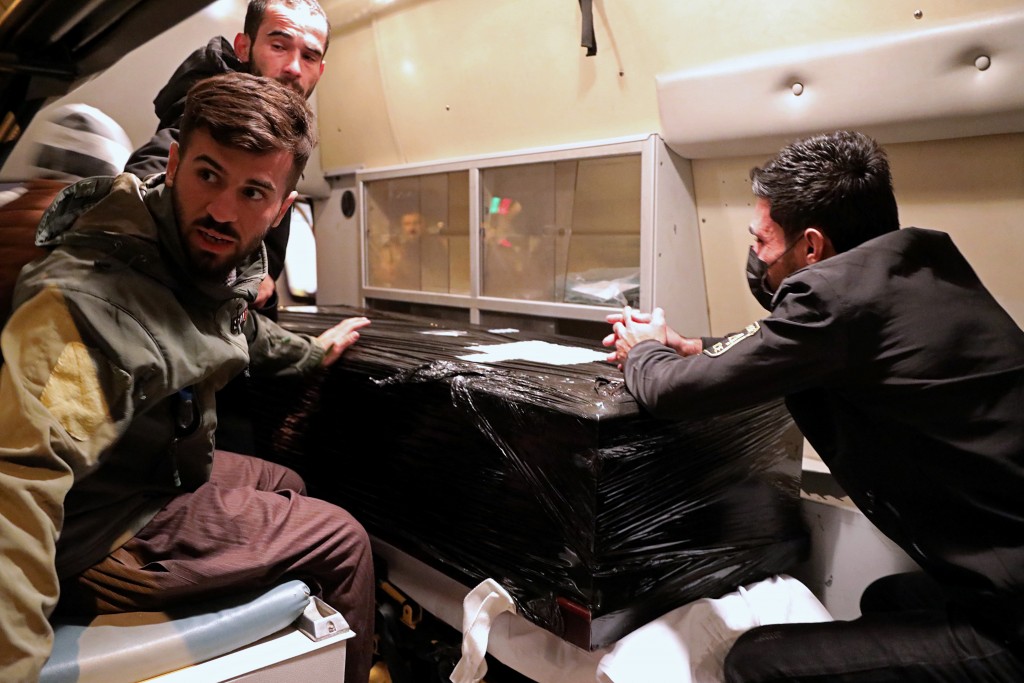 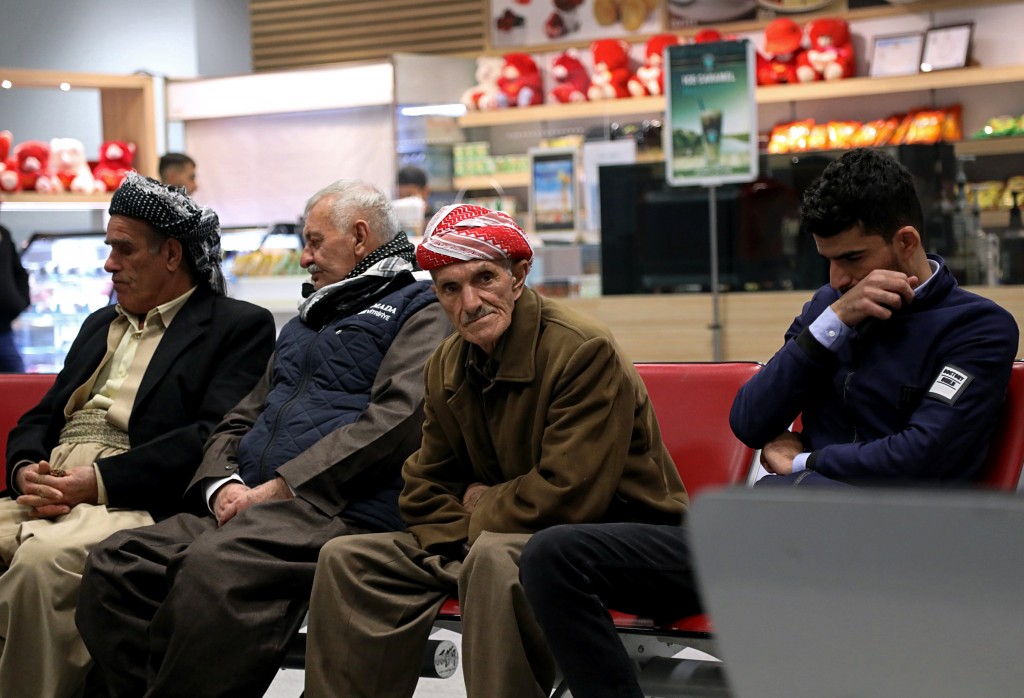 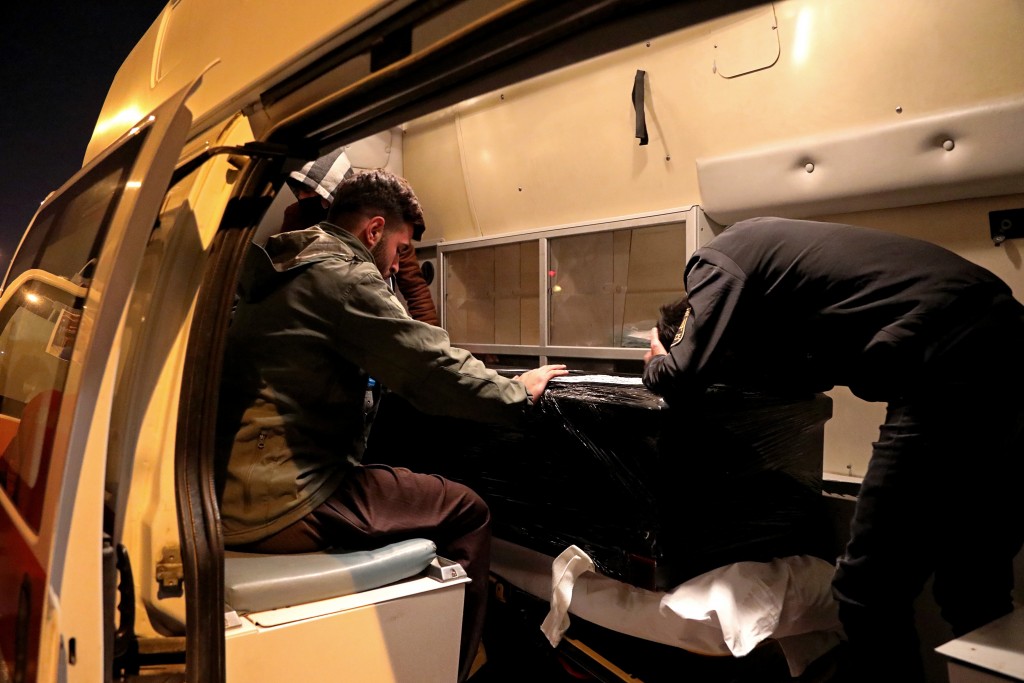 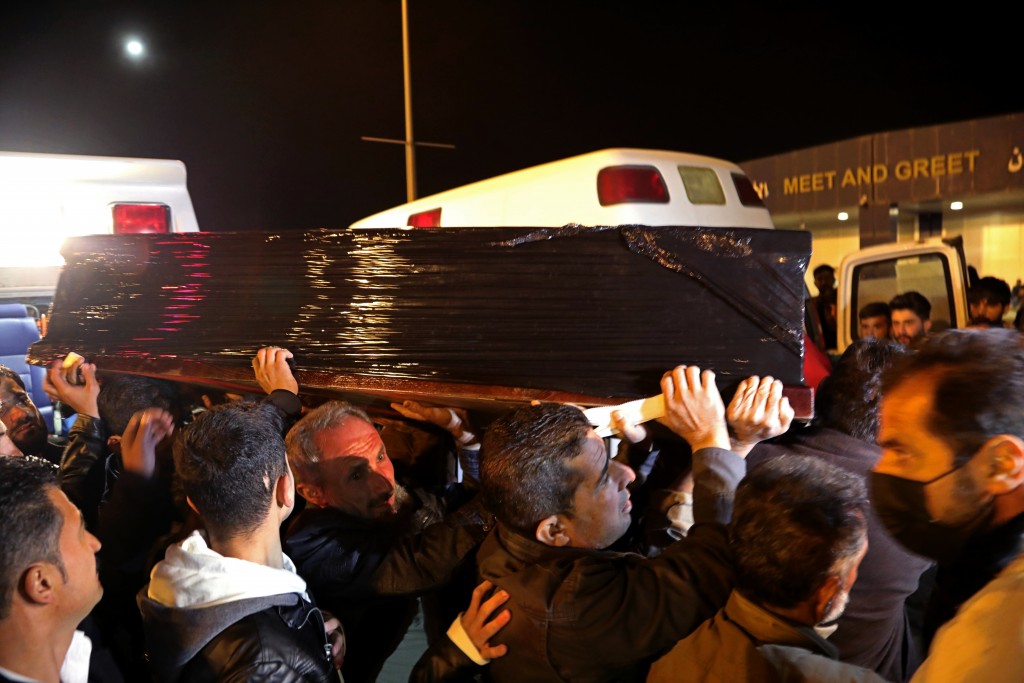 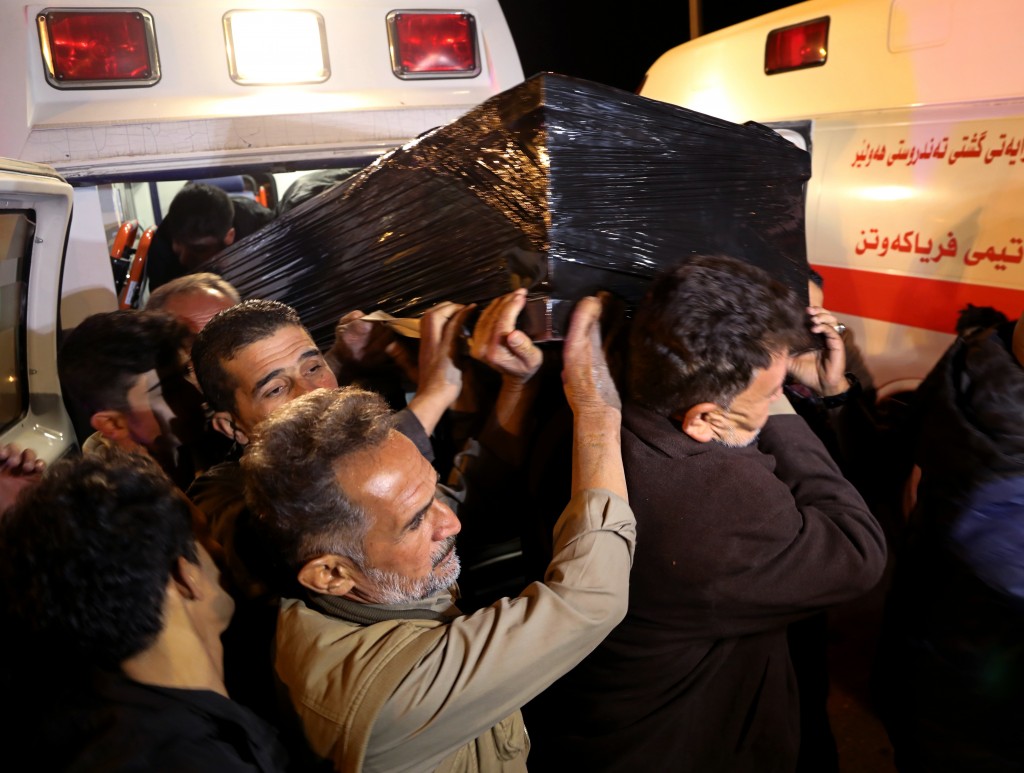 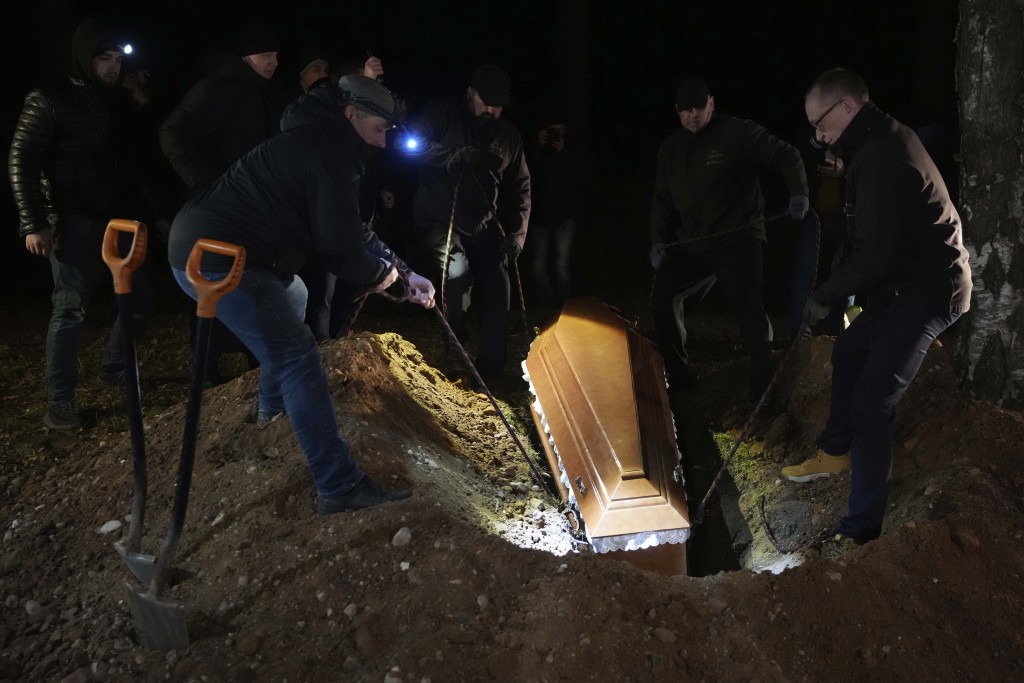 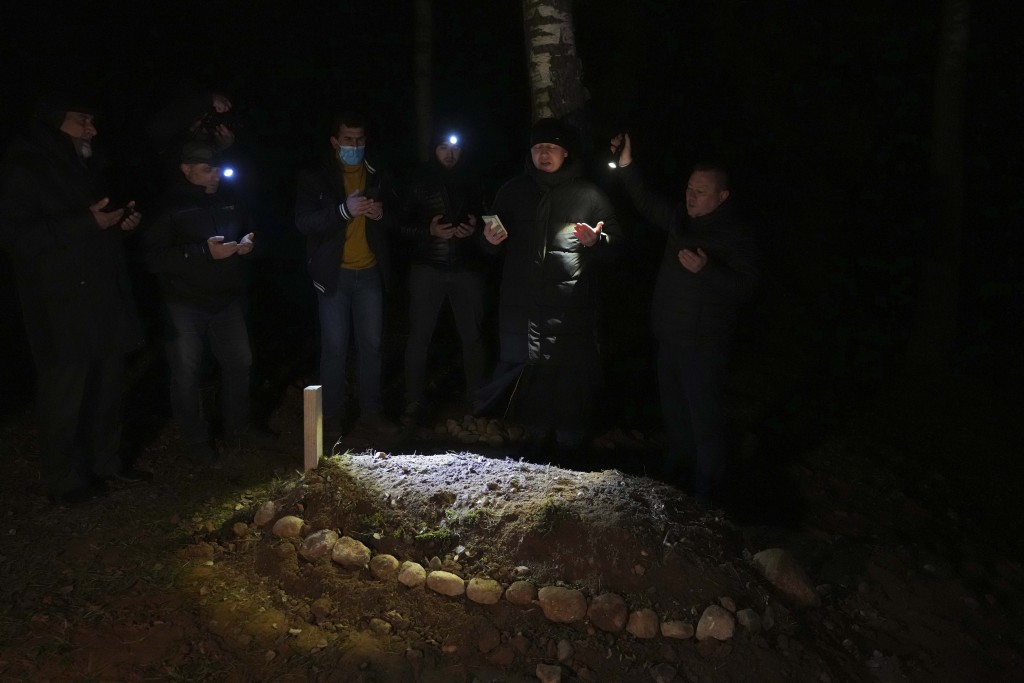 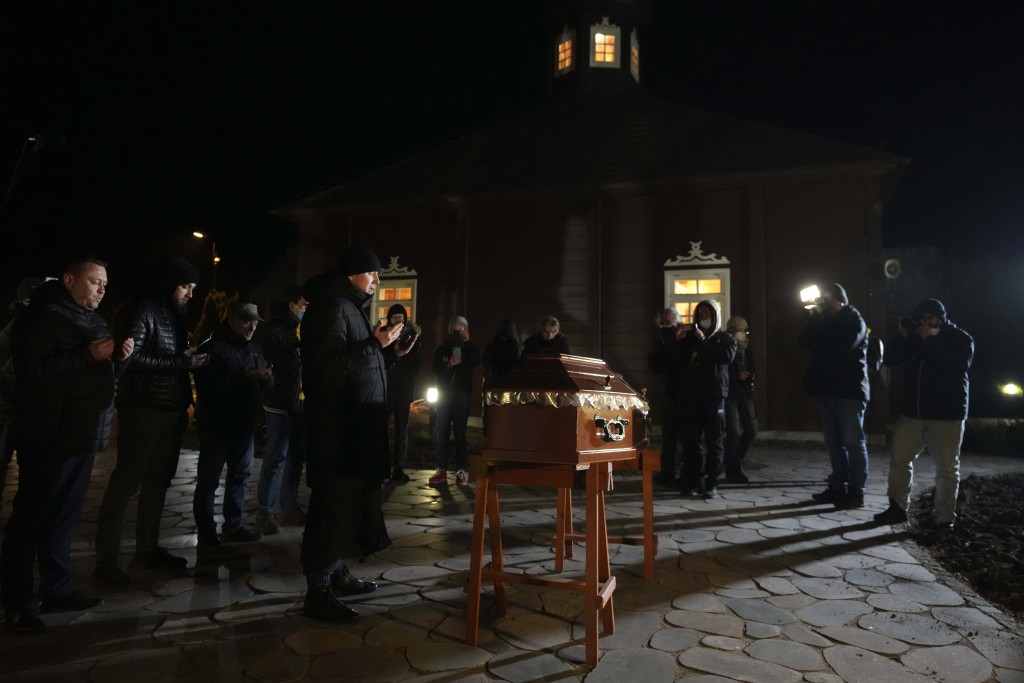 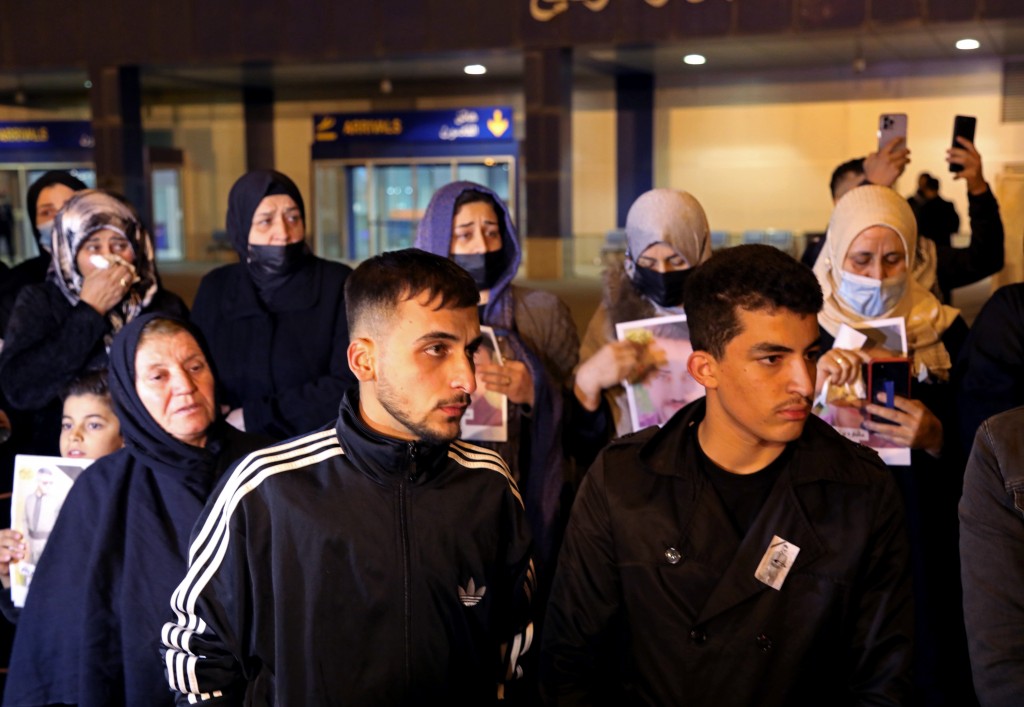 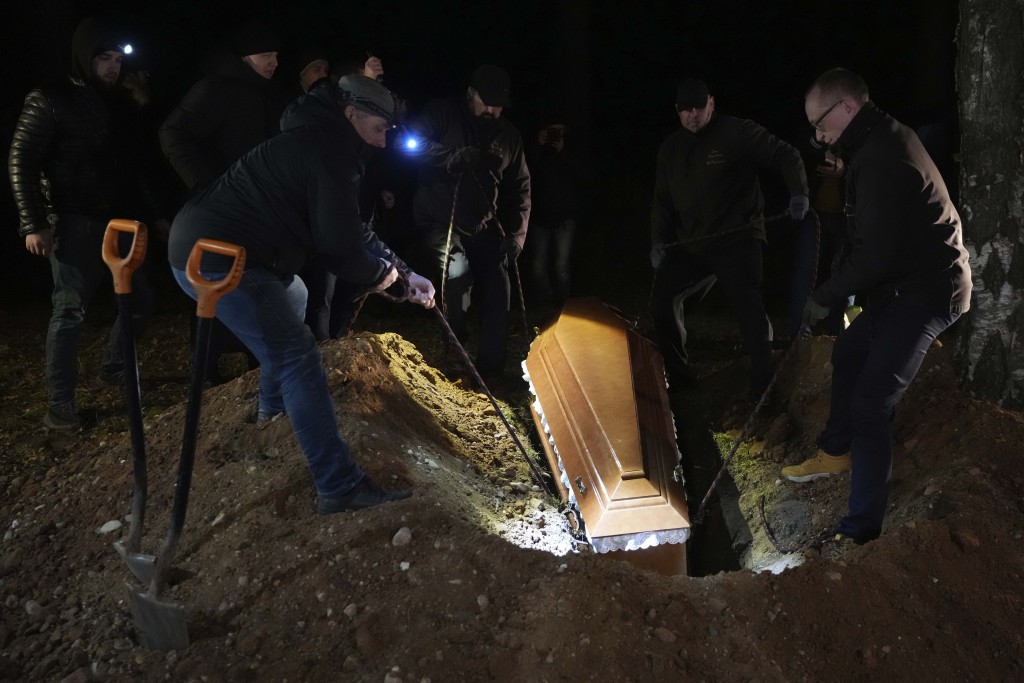 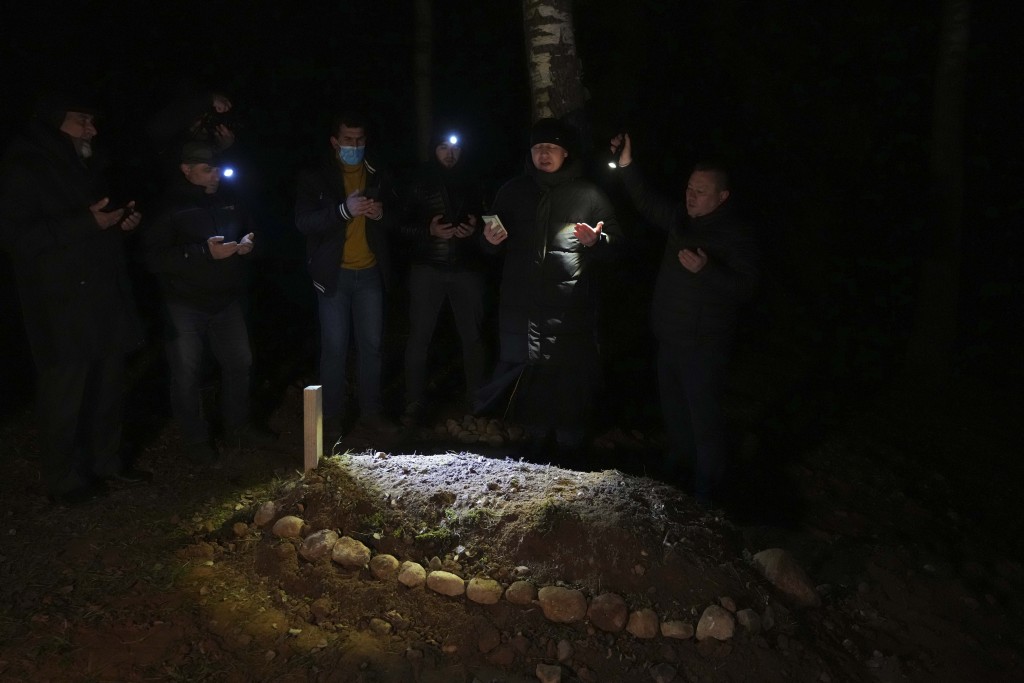 BAGHDAD (AP) — When Gaylan Delir Ismael heard that other Iraqis were making their way to Europe via an easily obtained tourist visa from the country of Belarus, the 25-year-old from the Kurdistan region jumped at the chance. He packed a bag last month in the hope of reaching Germany for a new life and treatment for his chronic illnesses.

He never made it.

Gaylan's body, in a black coffin wrapped in plastic, was returned to Irbil's airport in northern Iraq on Sunday after he died in a dark and soggy forest near the Belarus-Poland border.

He is one of at least 11 people known to have died in the border crisis that European Union officials blame on the authoritarian regime of Belarus President Alexander Lukashenko, accusing him of using the migrants as pawns to retaliate for Western sanctions. Belarus denies this, blaming Europe for denying them safe passage.

Thousands of people, most of them from the Middle East, have attempted the journey since Lukashenko announced in May that he was loosening border controls against Western-bound migrants. That move followed EU sanctions for his harsh crackdown on internal dissent.

That has led in recent days to tense standoffs on the Poland-Belarus frontier. Polish police, troops and border guards are refusing entry to the migrants, leaving thousands of them huddling in forests on the Belarusian side amid freezing temperatures.

The circumstances of the confrontation at the border that led to Gaylan's death are unclear, but his father, Delir Ismael Mahmoud, blamed Poland, even though the large buildup of security forces there did not begin until days after his death.

“Unfortunately, the Polish police — instead of helping them — they started to deport them and put them on the other side of Poland’s border,” said Delir, a broken figure as he waited at the airport to pick up his son’s body.

Women dressed in black, including Gaylan’s mother, wept and murmured “God is great!” as his coffin was carried away, along with that of another Iraqi on the same flight, Kurdo Khalid, whose family says died Oct. 31 of a brain hemorrhage at the border.

“It is really a sad tragedy. I urge the youths here not to migrate from Kurdistan,” said Bilal Khalid who received his brother’s body at the airport.

Another victim was buried in Poland on Monday, with all costs paid by members of the Muslim community in Bohoniki, where ethnic Tatars have lived for centuries. The funeral of Ahmad al-Hasan, a 19-year-old Syrian who drowned in the Bug River separating Poland from Belarus on Oct. 19, was streamed on Facebook by a Syrian doctor so the young man's relatives in Germany and a refugee camp in Jordan could watch.

The deaths underscored the despair felt by many young people in Iraq and Syria — both conflict ridden countries plagued by corruption and mismanagement — and the immense risks they are willing to take to reach Western Europe. Many of them, like Gaylan, have been from northern Iraq’s relatively stable, oil-rich Kurdish region, but where graft, unemployment and pessimism run high.

Uncertainty, bleak economic prospects and perpetual instability have led many to spend their entire savings on the journey to Europe, hoping for a better life there.

Gaylan had suffered health problems for most of his short life, diagnosed with diabetes at 9 and a meningococcal infection when he was 20. His father took him to Iran and Turkey for treatment, but his health did not improve. Gaylan was in his second year at university studying business management but had to quit due to illness.

The family applied for visas to Germany and Netherlands for medical treatment but were rejected. He desperately wanted to go to Germany to get treatment and continue his studies there.

When the Belarus option emerged, he began plotting with his siblings how they would do it. Their father, who works in real estate, covered the costs for all of them, amounting to $35,000.

Gaylan and two of his brothers along with his sister, her husband and their 5-year-old son boarded a flight from Irbil to Dubai on Oct. 14, arriving in the Belarusian capital of Minsk two days later. From there, they headed to the Polish border, where they got stuck, and Gaylan grew weaker from the exhaustion and the cold, his family said.

It's not clear what happened on the night of Oct. 28, amid a confrontation between Polish police and migrants trying to cross. Gaylan’s sister ended up in a Polish hospital after she broke her leg and reportedly lost consciousness, while Gaylan and his two brothers were deported to the Belarus side of the forest, despite his deteriorating condition.

Gaylan was separated from his nephew and brother-in-law, who was carrying his insulin in his backpack. He and his brothers spent another two days at the border, pleading repeatedly for help and for insulin injections, to no avail.

Gaylan died in the arms of his brother in the cold forest, while the other brother watched in shock.

“The last time I talked to him was in the morning of the day he passed away. ... I asked him how he feels. He said, ‘I am fine but a little bit tired.’" said Delir, who buried his son Monday in Irbil.

"I can’t believe that, even if they were not humans, you would help them,” he added, speaking of the Polish troops. “Now, as Gaylan’s body is coming back, I want Poland, Germany, and international aid organizations to take care of the rest of the family and let them in.”

Officials in Warsaw have voiced their own concern about the suffering at the border but insist that Poland is the target in a new form of hybrid war waged by Belarus and that they must seal their frontier. The authorities say that if they begin to let some through, it will make the situation worse by encouraging others.

Delir understands the despair that led to his son's death.

“If you ask me as a father, I don’t like or want my children to be outside, but the bad economic situation here, the lack of job opportunities and unemployment forces me to say yes for them to migrate,” he added.