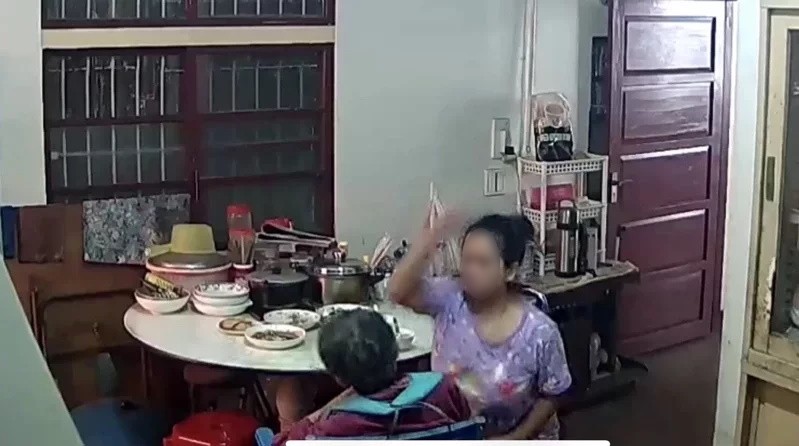 TAIPEI (Taiwan News) — An Indonesian caregiver is facing a fine of up to NT$150,000 (US$5,401) after she was caught on a surveillance camera beating the elderly Taiwanese woman who was in her care.

Video footage released by the victim's family on Monday (Nov. 15) shows the 65-year-old, surnamed Li (李), being assaulted by the woman hired to care for her. The family contacted Changhua County Councilor Hao Chen-ching (豪陳情), who said that the labor broker must provide an acceptable settlement to the family or be banned from hiring more migrant workers, reported UDN.

Li's son, surnamed Tsao (曹), hired the domestic caregiver, identified as Nina, in 2019 to care for his mother after she suffered a stroke. During the first year of her employment, the family was satisfied with Nina's performance. 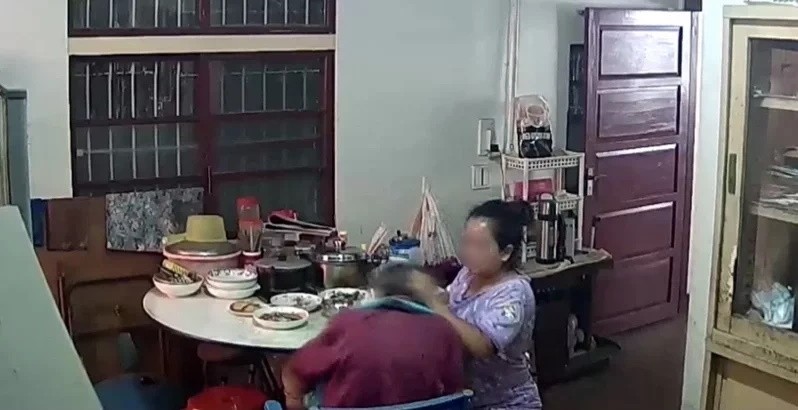 However, in recent months the situation reportedly began to deteriorate. Family members started to discover bed sores on Li as deep as 5 centimeters as well as bruises and hematoma in her ears, and she often fell ill.

They began to suspect that Nina was abusing their mother. After the family set up a hidden surveillance camera, the footage revealed blatant and disturbing instances of abuse.

In an incident that was captured on Nov. 5 and presented to the media on Monday, Nina can be seen hitting Li repeatedly on the head, grabbing her hair, and violently shaking the elderly woman before striking her on the face one final time. Nina then commenced eating congee that the family had purchased for Li to consume. 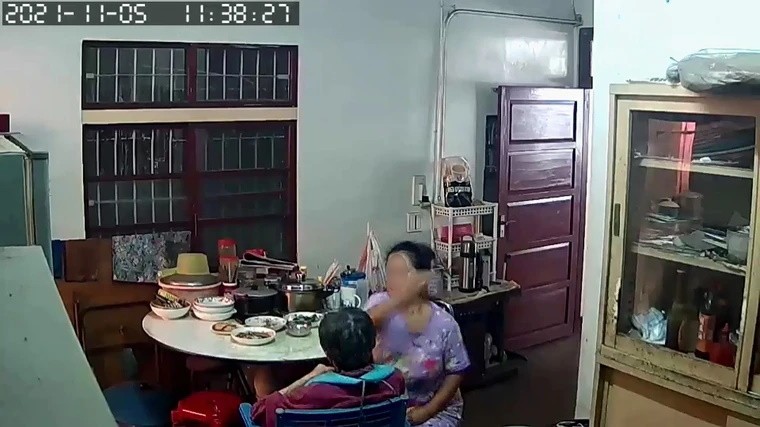 Nina (left) striking Li with back of her hand. (Screenshot from Li's family)

In an incident that was not shown to the public, Nina allegedly tried to force Li to drink water, causing much of it to spill onto Li's clothing. Nina then allegedly lowered the room temperature to 20 degrees Celsius, bringing Li to the point of tears, according to Tsao.

When he became aware of the abuse, Tsao filed a police report but was asked by the labor brokerage's owner, surnamed Hsieh (謝), to drop the charges and negotiate a settlement to enable them to continue hiring migrant workers, reported ETtoday. However, Tsao refused to accept a settlement and during a press conference on Monday repeatedly rebuked Nina for her behavior and demanded that she apologize to the family.

According to Article 51 of the Senior Citizens Welfare Act (老人福利法), caregivers under contract will receive a fine of between NT$30,000 and NT$150,000 if found to have subjected the person in their care to "physical and mental mistreatment," among other offenses. The Changhua County Government has asked the Ministry of Labor to revoke the labor broker's employment permit, prevent the migrant worker from leaving the country, terminate her work visa, and transfer her to a judicial authority if she is found to be criminally culpable.