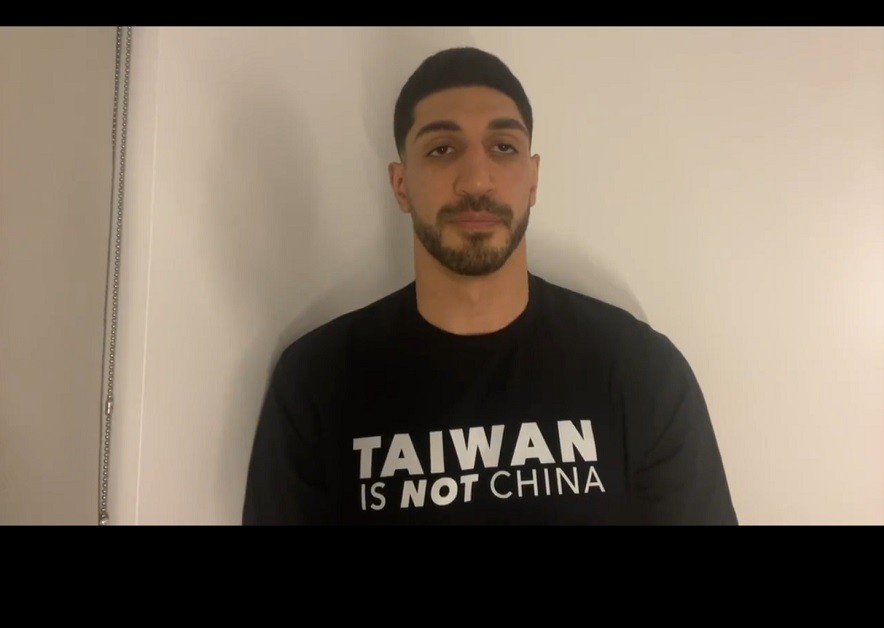 TAIPEI (Taiwan News) — NBA player Enes Kanter on Saturday (Nov. 13) wrote that it was an "honor" to be thanked by President Tsai Ing-wen (蔡英文) for his vow to "stand with Taiwan."

On Nov. 10, Kanter, who plays for the Boston Celtics, on Twitter posted photos of his latest pair of high-top sneakers custom-painted by Chinese dissident artist Badiucao (巴丢草). In his post, Kanter pointed out that Taiwan is a democratic, free nation, posted the hashtag #StandWithTaiwan, and asserted, "Taiwan is NOT a part of China and NEVER will be!"

On Friday (Nov. 12), Kanter tweeted a video in which he wore a shirt printed with the words "Taiwan is NOT China." He reiterated that the world must stand with Taiwan, support it, and defend its democracy. 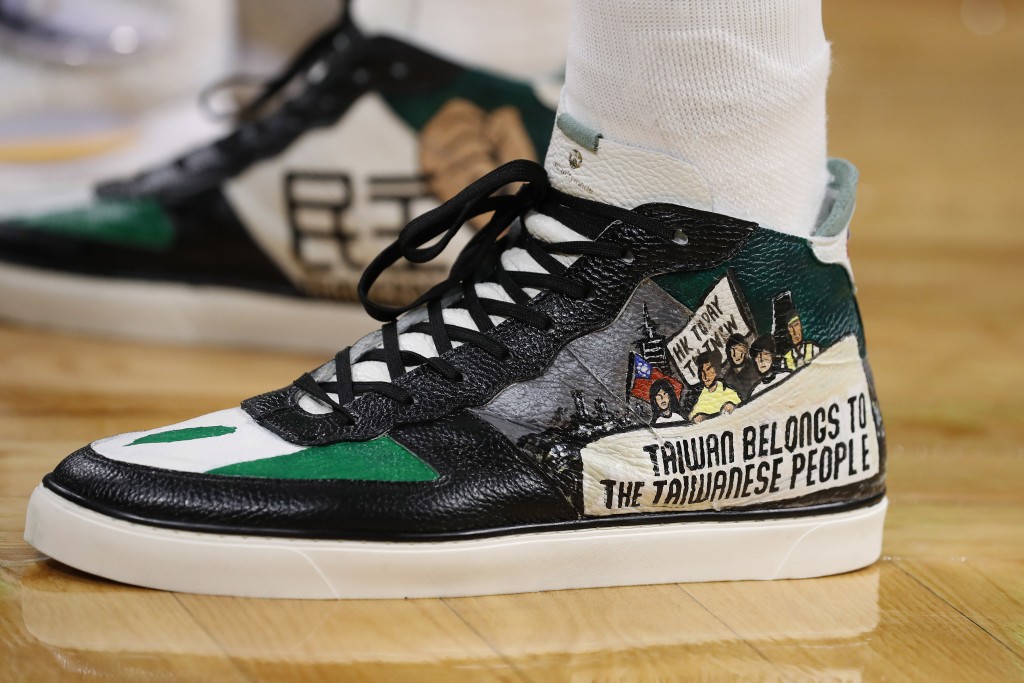 Tsai on Saturday reciprocated by directly commenting on his Nov. 12 tweet with words of thanks and uploaded a video directed at the NBA player. In the video, she thanked Kanter for standing with Taiwan to defend "our hard-earned freedom and democracy" and said his support "gives us strength" and that Taiwan's basketball fans are "all rooting for you."

That same day, Kanter reposted Tsai's video and exclaimed, "What an honor!" He thanked Tsai for her "kind words" and expressed hope that he can soon visit "your beautiful country."

Kanter went on to say that he is looking forward to learning about Taiwan's culture, tasting "some of your delicious food," and meeting the "brave people of Taiwan." He closed by stating, "We are stronger when we stand together."

Thank you to the president of Taiwan @iingwen for your kind words.

I can’t wait to come visit your beautiful country, learn about Taiwanese culture, taste some of your delicious food, and meet the brave people of Taiwan.

We are stronger when we stand together. pic.twitter.com/qFCJMHmkYT