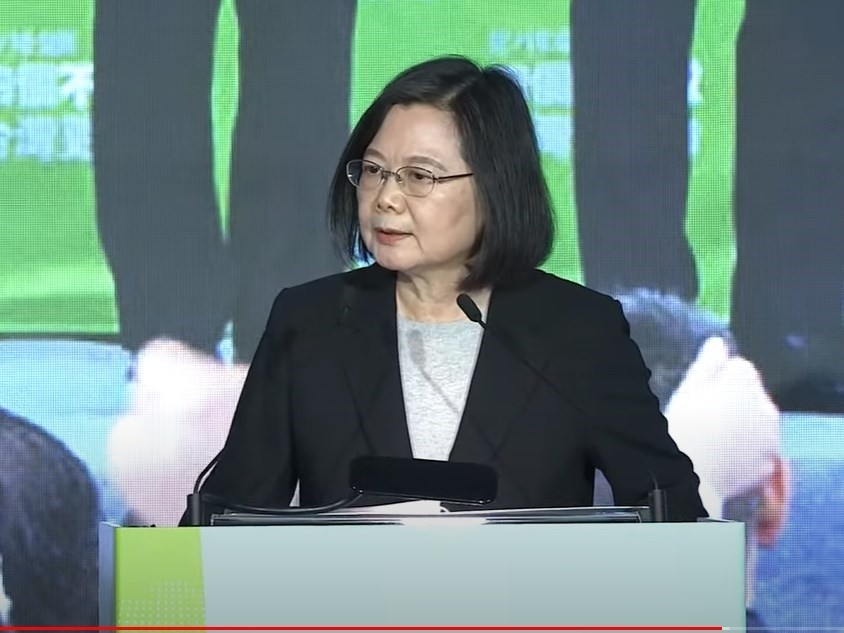 TAIPEI (Taiwan News) — President Tsai Ing-wen (蔡英文), who is also the chairman of the ruling Democratic Progressive Party (DPP), said on Sunday (Nov. 13) that the party is not afraid of going through with the upcoming four-in-one referendum, stressing that citizens have the right to vote on matters related to the future of the nation.

Tsai said that facing the referendum is the only choice. The DPP wholeheartedly defends its ideas and national development policies, she said, adding that it is not afraid of a referendum, CNA cited her as saying.

The referendum is the right of all Taiwanese, she said. “What we need to do is to clarify our values and believe that the public will make rational decisions,” the president remarked.

Tsai said that the results of the referendum will tell the world that Taiwan is a reliable partner. To go forward with the referendum, safeguard the direction of the nation’s development, and vote "disagree" on all four plebiscites will make Taiwan a more vigorous country, she said, per CNA.

The president said last month that the referendum is not a matter of winning or losing but rather one whose results will determine Taiwan’s future.